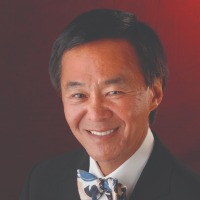 Lawyers, understandably, want to win everything in patent litigation, or any litigation: every discovery dispute, every tit-for-tat argument. Most of these battles are of little moment.

You need, instead, to focus. Which issues—one, two, or three of the most crucial factors, say—will make you a winner? If your client is the plaintiff, choose your best patent claims. Eliminate those that are mediocre or even good; you’re looking for the best on offer. For a defendant, select the best several defenses. You might not be able to identify them at the outset, of course, but don’t use that as an excuse to maintain 37 different defenses up to trial.

In one David-and-Goliath case in which we represented the plaintiff (the underdog), we chose just one patent to assert, bypassing many other patents and a veritable chariot-load of non-patent claims. Remember the key to David’s success: one stone in a simple slingshot, aimed with precision.

Some defendants want to rely on many prior-art references, or many combinations of prior art, to show that a patent claim is “obvious.” Instead, they end up proving to a jury’s satisfaction that the claim is not obvious because they needed so many pieces of prior art. Pour your energy into only the best patent claims or the best defenses. Eschew all others.

Lawyers love Kool-Aid—the kind they mix themselves, at any rate. It’s never good to drink your own, though. Spend more time understanding and appreciating the strength of the other side’s arguments.

People used to be better at this. It relies on a crucial skill called “listening.” Things have changed over the last decade or so, though: People no longer care to listen to different points of view, in politics or anything else. Attorneys have contracted this malady no less severely than others. Yet good lawyers will recognize their own case’s weaknesses, both component by component and in toto.

In one battle between two corporations of decent size, we represented the defendant. Our defenses were so poor that it was easy to regard this as a “damages” case for the plaintiff. As the trial unfolded, though, it appeared that the plaintiff didn’t recognize one potential weakness. Its witnesses hadn’t been prepared for it. Surprised, we changed our trial theme to focus on this particular weakness. Did it work? We wouldn’t be sharing this story if it hadn’t.

Consider the cross-examination of an expert witness. The witness is just that: the expert. That’s a problem for the lawyer. Don’t think you’ll easily pummel the expert into submission and win the case on your cross. Instead, assume the witness is his profession’s equivalent of Muhammad Ali. Wait until he’s dancing around the ring with his back to you, then jump through the ropes, give him two quick kidney punches and then jump back out. Congratulations: You’ve recognized your own weaknesses (and his strengths), and it earned you a couple points you might not otherwise have gotten.

That’s easy advice. Actually being credible is hard. This is especially true for lawyers who must orchestrate the presentation of evidence across multiple witnesses.

Sometimes witnesses initially seem important, but after a lot of work, you don’t think they’ll be credible. They think they are, of course—they consider themselves important, too—but they’re more likely to come across as literally in-credible. Cut them from your witness list.

Most lawyers want to try to control situations, naturally, and as a result they want to give a witness a script and tell him or her exactly what to say and how to say it. Resist this urge. While it’s important to pick the right witnesses on the right topics to support your trial themes, allow them to tell their stories in their own words. It requires a lot more time and effort, but permitting witnesses to be themselves will result in a much more authentic presentation.

Patent cases often come down to credibility battles between two technical experts. One says the patent is infringed; the other disagrees. Both have great credentials and technical chops. Who wins the jury verdict? The side with the more credible expert, of course.

Now the tough part: How can you help boost your expert’s credibility? Encourage him to be more modest, even humble, and admit weaknesses. Most importantly, make him into a teacher. Ninety-nine percent of people can remember a teacher they loved.

Regardless of how right you are on the facts and the law, no one will side with you unless you have a good story to tell.

Patent cases often encompass dry, highly technical subjects. As such, lawyers can get lost in the weeds and forget about the need for a simple, compelling narrative that ties everything together. This is a critical mistake: Regardless of how right you are on the facts and the law, no one will side with you unless you have a good story to tell.

A good story requires more than simply stating the facts chronologically. You have to provide the jury with a narrative that evokes an emotional response and makes them connect with your client’s story on a human level. Come up with personal anecdotes that your witnesses can tell to help them connect with the jury while advancing your case themes.

In one case, we took over the representation of a medical-device defendant that had been found liable for infringement at a previous trial and was set to go to trial anew on the issue of damages and willfulness. The opposing side thought it would be enough to label us “bad guys” and ask for lots of money. But we responded with a compelling narrative told by longtime employees about how our client’s own innovations and devotion to superior patient care were the real reason for its success, not the plaintiff’s patented technology. The story was authentic; the jury found no willfulness and awarded minimal damages.

Focus. Recognize your weaknesses. Make your key expert into a kindly teacher. And tell a good story. Now have fun winning!

Morgan Chu heads Irell & Manella’s litigation practice. He has served as lead trial counsel in some of the world’s most significant verdicts, judgments, and settlements, resulting in actual payments exceeding $5 billion. He earned his J.D. from Harvard Law School, his M.S.L. from Yale University, and his B.A., M.A. and Ph.D. from University of California, Los Angeles.

Rebecca Carson, a partner at Irell & Manella, represents clients in complex commercial litigation and has significant trial experience, including recent trials in federal court and at the ITC.  Her most recent patent trial victory was included among the Daily Journal’s Top Defense Verdicts of 2018.  She earned her J.D. at University of Virginia School of Law and her B.A. at University of San Diego.