With a new government in Spain, big changes are coming to taxpayers. 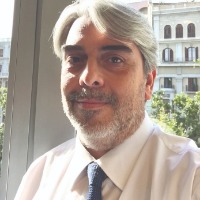 Pedro Sánchez, the Spanish government’s new president, has set himself a clear goal: raise the tax burden in Spain. He expects that increasing the tax pressure of some of the main taxes, such as the personal income tax and corporate income tax, as well introducing some new taxes will create a whopping 13.5 billion euro increase to the Spanish budget. So far his ambitions have not been translated into specific measures, but we can briefly describe some of the ideas of the new president’s team:

They propose a minimum rate of 15 percent on the accounting result of multinationals, no matter what deductions might be applicable. They expect to collect from this measure around 4 billion euros, which would mean a 17.3 percent increase in the average tax burden on companies.

Two months ago, the new president spoke about adjusting the personal income tax rate for taxpayers with annual incomes over 150,000 euros. As a result, the maximum personal income tax rate would reach 52 percent in regions like Asturias, Andalusia, and Catalonia (remember that tax rates depend partly on the rates established by the country and partly on the rates established by the autonomous regions). They also proposed raising the savings tax rates, which now stand between 19 and 23 percent, to 30 percent, for those taxpayers who earn more than 50,000 euros of incomes from savings.

Today, autonomous regions manage this tax on their own, being able to determine how much of the tax is subsidized. As a consequence, in some regions, such as Asturias, an inheritance may be taxed at a rate of up to 36.5 percent, while in other autonomous regions such as Madrid or the Canary Islands, almost all of the tax is subsidized. This system, in which autonomous regions can favor their inhabitants with low taxes and compete in this regard with other autonomous regions, does not seem to convince Sánchez. Thus, everything points to the fact that the plan of the president is to establish the same tax rate in the Inheritance and gift tax for the entire country which, given the precedents, does not seem to be going to be equalized taking the lowest rates.

Apart from the previously mentioned measures, the new president has also announced others tax raises as well as new taxes, such as a new tax on banking institutions, the new so-called “Google tax,” or the increase in diesel oil’s tax rates.

It is clear that the current government is not short on ideas when it comes to increasing tax pressure. However, it won’t be easy to accomplish their plans after the Parliament's foreseeable veto of the spending ceiling, a necessary and unavoidable step prior to launching new tax measures. Sánchez would need the political support of various opposing political parties. Thus, the chief executive is faced with an insufficient majority to legislate in economic and tax matters, with the sole support of “Podemos” (the extreme left-wing party) and with some occasional support—depending on the initiative—from other minor parties, which means that the proposed tax initiatives seem to be nothing but electoral tactics to prepare the next general elections.

Mariano Roca is a tax and private client practitioner focused on corporate and individuals advice (specialized in tax, wealth and inheritance advice for HNWI). He began his professional career in Cuatrecasas Gonçalves Pereira from 1997 until 2012. In 2012, he joined KPMG from 2012 until 2015 where co-led the family business and private client practice in the Barcelona, Girona, Balearic Islands, and Andorra offices. On January 2016, he joined Marco Legal, Abogados & Economistas, leading as a partner the firm’s tax department. Mariano has been listed in Best Lawyers since 2013 and won the “Lawyer of the Year” award in 2014 and 2015. He has been once again recognized with the “Lawyer of the Year” award in tax practice for 2018.