2018-03-02 2018-03-02 Despite its apparent triviality, individuals’ tax residence can in practice have significant consequences f... Best Lawyers

Despite its apparent triviality, individuals’ tax residence can in practice have significant consequences for their pockets. 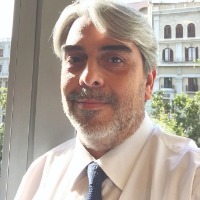 Despite its apparent triviality, individuals’ tax residence can in practice have significant consequences for their pockets. As a matter of fact, if individuals are considered tax resident in Spain, all of their worldwide incomes will be taxed in the Spanish Personal Income Tax (“SPIT”) at tax rates that can reach almost 50 percent. On the contrary, if they are not considered tax resident in Spain, only their Spanish-source incomes would be taxed, and at a much lower tax rate of 24 percent.

Note that, on a general basis, individuals are considered tax resident in Spain if they stay in Spain for more than half of the year (183 days). However, there are some exceptions provided in the SPIT Act that may alter the general rule, as in the case of the "sporadic absences". By applying this indeterminate legal concept, whose meaning is nowhere defined, even if an individual had not effectively stayed in Spain more than 183 days in a year, the Spanish tax authorities could consider that the days abroad were mere "sporadic absences." This would mean they were not considered as being abroad, that is, computable as days stayed in Spain.

A recent ruling of the Spanish Supreme Court (Nov. 28, 2017) has set a legal precedent on how the "sporadic absences" concept should be interpreted. The criterion basically states that the concept has to be interpreted restrictively, meaning that it cannot be used so easily to attract individuals’ tax residence to Spain.

The case judged involved a Spanish young individual who received a sort of scholarship to do an internship abroad. As a result of his internship, the taxpayer stayed effectively less than 183 days in Spain, meaning that in principle he should not be considered tax resident in Spain. However, the Spanish tax authorities considered that, as the taxpayer’s intention was presumably to return to Spain after the internship (which indeed is what happened) the time spent abroad should be considered as a sporadic absence and therefore computable as time spent in Spain. Consequently, the Spanish tax authorities determined that he was Spanish tax resident and had to pay taxes accordingly.

To address the issue, the court stated that the concept of "sporadic absences" should not be linked to a volitional element that gives priority to the taxpayer's willingness to establish him or herself occasionally outside Spanish territory, with a clear intention of returning to the place of departure. On the contrary, the court understood that the concept of "sporadic absences" should be linked to a factual element that exclusively takes into account objective facts regarding the duration or intensity of residence outside Spanish territory.

As a consequence, the court ruled that it was irrelevant whether the taxpayer went abroad to carry out an internship with the probable intention of returning to Spain. What had to be taken into account when assessing relocations was the factual element, understanding in this specific case that it was a long and stable enough absence to not contemplate a possible sporadic character.

From all of the above, we can conclude that the Spanish Supreme Court has provided some clarity on this highly controversial issue. However, it is also true that the criterion established in the ruling is not entirely conclusive in that the concept of "sporadic absences" has yet to be interpreted on a case-by-case basis. In any case, we believe that this is a major step forward in terms of legal certainty.

Mariano Roca is a tax and private client practitioner focused on corporate and individuals advice (specialized in tax, wealth and inheritance advice for HNWI). He began his professional career in Cuatrecasas Gonçalves Pereira from 1997 until 2012. In 2012, he joined KPMG from 2012 until 2015 where co-led the family business and private client practice in the Barcelona, Girona, Balearic Islands, and Andorra offices. In January 2016, he joined Marco Legal, Abogados & Economistas, leading as a partner the firm’s tax department. Mariano is listed in Best Lawyers™ since and was recognized by the “Lawyer of the Year” award in 2014 and 2015. He has been once again recognized by the “Lawyer of the Year” award in tax practice for 2018.