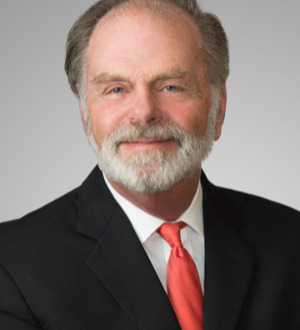 According to research conducted by the Pew Institute, as of January 2014, the number of American adults owning cell phones is 90%. A new study from Common Sense Media reveals that the percentage of U.S. children who’ve used a mobile device has jumped to 89 percent of all children in 2013 – up from just 38 percent in 2011. It is now routine practice to have multiple text messages, audio recordings, videos, and testimony about cell phones in hearings and trials involving divorce and child custody. The iPhone, Android, or BlackBerry that is carried around daily and you can’t live without can become a weapon of destruction to your success in a courtroom. Here are my Top Ten Rules to make sure that doesn’t happen in your case.

1. Don’t hit send on that nasty text to your estranged spouse or ex immediately. Let it simmer and think about how it would sound being read out loud in a silent courtroom on some Monday morning. Rethink what you are texting before you send it. Do you really need to point out again how stupid and ignorant you think they are?

2. Don’t buy your child a cellphone until that child is mature enough to handle it and you have an agreement with your estranged spouse or ex about its use while out of your possession. Courts really aren’t equipped to manage the use of cellphones between warring parents by the implementation of Orders. If you and the child’s other parents can’t agree on the rules of use between households – let the child use your phone or landline for communication with their Dad or Mom. It is far less expensive than the alternative of letting a Court or Judge referees the dispute – and courts don’t like doing it.

3. Don’t take pictures on your cell phone of every bruise or scrape your child comes home with after being with the other parent. If there is a serious injury – go to the ER and get it documented there.

4. Don’t talk to that “new companion” of yours on your cell phone. Every call or text is logged with the number that was called and the time it was made. Cell phone records are easy to obtain. Twenty-five calls between 9 pm and 2 am to a “co-worker” suggests something other than you are putting the final touches on that project report.

5. Don’t think that deleting that text or the picture removes it from your cell phone. It doesn’t! The look of horror on a litigant’s face when their cell phone is confiscated and handed to an expert for examination is priceless – or devastating – depending on whose phone is being taken.

6. Don’t delete – but preserve – abusive texts, pictures, or recorded calls from your spouse or ex. While cell phone records are easy to get, servicers don’t save text messages on their servers – you have to protect those types of important information.

7. Don’t tamper with your child’s cell phone when it suddenly appears at your house after coming home from the other parents. Removing the battery, “accidentally” letting it fall into the bath, or taking it away for disciplinary reasons will only assure that this action will become the focus of an expensive court “inquiry”. Let your lawyer handle this.

8. Don’t put your child in the middle of any cell phone controversy. Don’t pass your message about the rules in your house as to cell phone use through your child. Get that straight parent-to-parent with your estranged spouse or ex directly – or do it through your lawyer.

9. Don’t buy a full-fledged smartphone for your child. There are a number of phones and plans that limit how and what your child can do with their cellphone. If the goal is communication with your child when out of your possession – then find a cell phone and plan that will accomplish only that goal. Do they really need access to the internet with a cell phone that they have all-day – even when you are not around?

10.Don't make your child talk to the other parent on their cell phone in front of you – or worse – make them turn on the speakerphone. If you’ve allowed the cellphone into your house, then your children deserve privacy.