There’s hope for families to recover—a good lawyer is key. 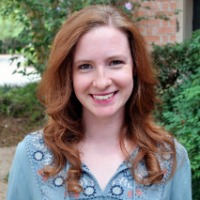 Claims of abuse, neglect, and the like can send families into a tailspin during child custody cases. When such allegations against a parent or family member are untrue, knowing how to navigate false abuse claims can help address the accusations in a way that does not escalate the situation further.

During an ongoing custody dispute and evaluation, my husband’s ex-wife accused our then 4-year-old son of inappropriately touching his 12-year-old half-sister and 10-year-old half-brother. Although my son was far too young to understand the implications of these allegations, the impact on our family, post-accusation, was unfathomable.

My heart crumbled reading the words in the message that my husband’s ex-wife sent in OurFamilyWizard, which is the child custody and co-parenting app we were using at the time. Was this some sort of misunderstanding? How could anyone be so low as to accuse a child, especially one so young, of something so heinous?

The emotions of the entire situation made it difficult to clearly process the next steps to take once these allegations were made. Our family leaned heavily on the advice of my husband’s attorney, but looking back, it would have been helpful to have been informed about why false abuse claims happen during child custody cases and how to process this distressing event.

Why Do Parents Make False Claims?

“False sexual abuse allegations are generally fueled by anger and/or a desire for revenge, and the accusing parent uses the child to get back at their former partner,” Jann Blackstone, Psy.D., a retired superior court child custody mediator and co-author of Co-Parenting Through Separation and Divorce: Putting Your Children First explains. “The motive is usually to prevent visitation and gain full custody. A child may be asked to lie, fooled into lying, or even brainwashed into supporting the false allegation. Studies show there may be a mental health component to consider when a parent knowingly lies or conducts a campaign of degradation in order to undermine the other parent in the child’s eyes.”

This phenomenon of making false abuse claims during a custody case is sometimes known as a “silver bullet,” because the parent making the accusation knows their claims will need to be investigated and, in the meantime, they will likely not be penalized by the courts for keeping the children from the other parent. The court may even impose restrictions like an order of supervised visitation or even a suspension of visitation on the accused abuser while investigations are pending.

Prior to making claims of abuse, my husband’s ex-wife had repeatedly kept the children with her during our court-ordered visitation time. These actions are the primary reason my husband initially filed an enforcement motion against his ex-wife, as well as a modification of custody to begin with which included the involvement of a child custody evaluator and an amicus attorney for the children. Various reasons were given over the years as to why the children would not be visiting us—from being overscheduled to the children simply not wanting to come—but this was the first time that such harmful claims of abuse had been made. In this instance, it seemed as if the “silver bullet” of an abuse claim was being used to validate keeping the children yet again during the pending case.

“Another reason [for claims to be made] is when a party has been blinded by anger at the other party,” Christine Fitzgerald of Seiden Family Law explains. “Finally, there are parents who are perpetually the victim, and they are able to convince themselves that the other parent is abusing the children despite the fact that there is no abuse.”

In our situation, I believed my husband’s ex-wife was attempting to make up what sounded like a logical excuse for why she would be keeping the children with her for the weekend. There was already a pattern of this behavior, especially when my husband and I would make plans that conflicted with her plans with the children. Although I expected this pattern of behavior to continue, I never imagined she would sink to the level of accusing our 4-year-old of abuse.

The onslaught of consequences when false abuse allegations are made during a high-conflict custody dispute can be overwhelming, and investigations into these claims are often costly. Mental health evaluations, medical examinations, and family protective services investigations can take a toll on the entire family. These intrusive investigations can cause mental anguish, relationship strain, and a host of other issues. That is why it’s important to know how to respond when such claims are made.

“Since every case is different, the parent who has been accused should consult with their family law attorney about how best to deal with the allegations,” Fitzgerald says. “Depending on the specific allegations, I may have my client also address the issue with a criminal attorney. In most cases where the allegations of abuse are not serious, the accused parent should not leave an allegation out there without a response, which should be vetted through the parent’s family law attorney. “

Although it may feel less than instinctive to cooperate with the requests of attorneys, judges, and health professionals involved in lieu of defending yourself or a loved one with fiery vigor, it is best to comply with the investigations and yield to the advice of professionals. I believe that this is ultimately what helped us overcome the false claims made against our 4-year-old. “Additionally, do not stoop to the other parent’s level and make false accusations back. It is never beneficial to you or your children,” Fitzgerald recommends.

Your attorney may recommend that you gather evidence and statements from those who can speak to your parenting, as this can help support your stance. As groundless as the claims might be, if they were true and the shoe was on the other foot, you would likely want every action taken to ensure that your child was not being harmed in any way.

“If the parent making the accusation is spreading this in the community, another potential option, depending on the circumstances, to handling an allegation is to file an application to restrain the other parent from making false allegations,” Fitzgerald says.

When false abuse allegations were made against our son, it took two weeks for me to muster the strength to acknowledge the accusations out loud. I let my husband tell the story to anyone who would listen, but I could not verbally make my mouth form the words. Sitting in my therapist’s office where I had already told so many terrible stories throughout the first two years of our custody case, I let it all out. My words spilled out like vomit in a jumbled mess of phrasing that made my mind melt. Although I knew I had not done anything wrong, nor had my husband or my son, I had so much guilt and emotional pain. I was also infuriated that this was happening to us. We did nothing to hurt anyone, yet we were being treated as if we had.

Once allegations of abuse have been said, they cannot be unheard. In our case, the allegations were untrue, but to anyone who heard the accusations, questions had to be raised. Had my son experienced any abuse? Was my son ever alone with his half-siblings? The answers were all no, but at the same time, it felt intrusive and defeating.

I spoke with a therapist regularly, continued to be actively involved in the lives of my two biological sons, and did my best to interact with my stepchildren as normally as possible when finally allowed to, but this was all done under a constant cloud of worry. It was not easy, but I had to remind myself that none of this was my stepchildren’s fault. They were children who had been alienated and were not responsible for the unrest caused by their mother.

Unfortunately, false abuse allegations are not uncommon in the world of shared custody where some divorced parents will use any means necessary to hurt one another. These types of alienating tactics are often discussed in hushed whispers behind closed doors, but when they were used to target my own child, it turned our world upside down.

“Something that parents must remember: Your child deserves a relationship with both of his or her parents,” Blackstone advises. “You are not the best parent just because you think so or know the most about your child. The best parent is the parent that shares that information with their co-parent to ensure their child is safe, happy, and secure at both homes. A true co-parent puts their child first, works with their co-parent, and uses their children’s best interest as the criteria for all decision making.”

For us, when co-parenting was near non-existent and false abuse claims were made, seeking legal guidance, professional help, and keeping emotions in check during the entire ordeal was the only thing that got us through.

“Consult with an attorney as soon as the accusation surfaces, whether in writing to you personally, spoken to you, in the court document, or to the authorities,” Fitzgerald says. “You should always know your rights, know what options you have to combat the false accusation, and know how to handle the false accusation. Knowledge is power.”

Ashley Jones is a freelance writer from Houston, Texas. She studied journalism at Kilgore College and the University of Houston.  Her writing focuses mainly on family, health, business, and lifestyle topics, and has appeared across various print and online publications, including Romper, Cancer Today, Ladders News, Elite Daily, and Let Grow.