2017-10-23 2017-10-23 When courts make determinations about child custody they will make the decision based on what they believe... Best Lawyers 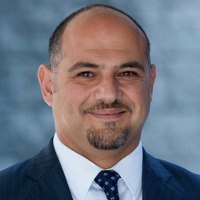 When parents decide to get divorced, the children are the ones who are at risk of suffering the most. Breaking up the family also means learning to live a new kind of life. Parents may have difficulty agreeing about how physical custody of their child (or children) should be awarded. When parents cannot agree the courts will intervene.

There is no nationwide standard for determining what the best interests of a child are. Each state has laws that help to guide a court in making this sort of determination. Generally, states encourage the courts to make decisions based on the factors that would best serve a child’s health, well-being, and education. These factors will vary in each state, but there are a few that are at the core of this decision.

Courts are inclined to make custody determinations that keep children in meaningful and continuing contact with both parents. This will often result in more joint custody arrangements. Even if a parent is awarded sole physical custody of a child, the other parent will likely be awarded significant visitation. Courts may limit a child’s contact with a parent if there is proof of domestic violence, substance abuse, or other issues that could endanger the child. If these issues are absent, however, parents will generally not lose the right or ability to see their child just because they are getting divorced.

An increasing number of states want to know what arrangement the child thinks is in his or her best interest. Today, at least 12 states have laws that require courts to hear the testimony of children who are either of a certain age or exhibit the maturity necessary to make an informed decision. Having a child testify during a child custody hearing can be a powerful tool for a parent who wants a favorable custody determination. Children who offer testimony that is objective and thoughtful will often receive greater consideration from the court. Objective and thoughtful reasons for why they would prefer to live with one parent rather than the other can help shape a court’s best interest determination. The best testimony will reflect that a child has (1) a strong emotional bond with a parent; (2) an interest in remaining in a specific school district; (3) close relationships with siblings; and (4) an established social network that would be disrupted if the child were forced to relocate. While courts are not required to base their decision solely on what the child wants, it must be based, at least in part, on the child’s preference.

It is important to note that there are also factors that courts cannot take into consideration when determining what is in the best interest of a child. At least one state prohibits courts from considering the parent’s gender when making custody determinations. This means that neither the mother nor the father has an advantage because of his or her gender. Both parents are on equal footing. Other factors, such as violent tendencies or substance abuse that are unrelated to gender, can be considered. Another factor that may be prohibited is the socioeconomic status of each parent. Just because one parent is wealthier or more financially stable than the other parent is not a basis for determining what is in the best interests of a child. Alimony and child support payments exist to correct any financial disparities following a divorce. Finally, some states prohibit courts from taking a parent’s disability into account when making child custody determinations. Each parent has an equal right to care for his or her child, regardless of any disability that they may have.

Some states allow courts a great deal of discretion when determining what custody arrangement would be in the child’s best interest. Other states require judges to follow explicit balancing tests to arrive at a decision, offering them very little discretion. It is important to know which factors will play a role in a child custody battle. If parents have a choice of where they can file for a divorce, it may be helpful to understand which laws will be most helpful in their specific case.

Hossein Berenji is an attorney and founder of Berenji & Associates, a Los Angeles family law firm. Mr. Berenji is a lifelong Los Angeles resident and attended prestigious UCLA and Loyola School of Law. He has over 16 years’ experience helping family law litigants.