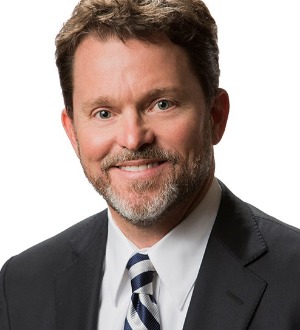 Defective product lawsuits involving consumer products are often big news because of the number of people they affect, and the amount of damages awarded to people who have been harmed.

Defective products including unsafe prescription drugs and medical devices cause serious injuries or death to thousands of Americans each year. This often happens before the dangers of the product are widely known. In some cases, the product manufacturer understands the risks but fails to provide adequate warning. A person who has concerns about a product’s safety may prevent many people from being harmed by contacting a defective product injury lawyer and pursuing a product liability claim.

Below, we look at some of the biggest product liability claims in the United States and other types of claims and potential product defects and hazards.

What is a Defective Product Lawsuit?

When a consumer is harmed while using a legal product as it is intended to be used, the injured person may have a right to seek compensation for his or her losses, including medical bills, lost income due to the injury and pain and suffering. A defective product lawsuit may seek compensation from the product manufacturer, wholesaler, distributor and retailer that sold the item.

There are three common types of product liability claims or lawsuits. They each assert that the defendant owes compensation to the injured plaintiff because the defendant knew or should have known the product was faulty. A claim may allege:

The lawsuit must establish one of the three claims above and demonstrate that, despite the fact that the plaintiff used the product correctly, the defect or failure caused the person to be injured.

When numerous people file similar product liability claims, the courts may order that the cases be grouped as multi-district litigation for the pretrial phase of litigation or consolidated as a class action case. A class-action case will group claims according to similar allegations. Multi-district litigation (MDL) groups lawsuit geographically, so cases may be heard together for more efficient handling by the court in the pre-trial stages. Plaintiffs keep their individual lawsuit in an MDL.

Large claims are often settled out of court, with the presiding court approving details of the settlement agreement. Others are decided by a jury. In a class action, the settlement is then publicized and additional consumers who were injured by the faulty product are given the opportunity to submit evidence that they, too, deserve compensation.

Major Types of Product Defect Cases in the U.S.

The five largest product liability cases in U.S. history were:

Additionally, many defective product cases are filed every year seeking justice after injuries caused by faulty products such as:

Many consumer products are identified as causes of serious injuries each year.

Manufacturers, importers, distributors, and retailers of consumer products in the U.S. are required by law to notify the Consumer Product Safety Commission (CPSC) if they know that:

Failure to fully and immediately report this information may lead to substantial civil or criminal penalties. An individual harmed by a manufacturer’s failure to warn of a product’s risk also may have a right to file a product liability lawsuit.

The CPSC can take several actions once a defect is reported, including announcing a recall. Over just two weeks in November-December 2019, the CPSC or product manufacturers issued recalls for:

If you have been injured by a product, a knowledgeable product liability lawyer can help you assess whether you have a valid claim against the manufacturer.