Trends that have had an impact in the tax sphere in Spain. 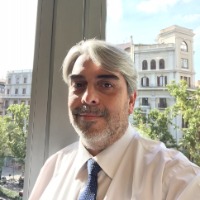 Ecommerce continues to grow in Spain. The trend is clear: what used to be an alternative to traditional commerce is starting to become the general rule. Proof of this is, for example, the data collected in the latest report of the Economic and Social Council (Consejo Económico y Social), according to which the aggregate turnover of the ecommerce sector in Spain in 2016 was 23.3 percent higher than in 2015, reaching an average per capita expenditure of 1,198 euros. Moreover, nearly 90 percent of ecommerce companies expect their results to increase this year and, among these companies, two out of three believe this increase to be greater than 10 percent, according to the report Evolution and Prospects of ecommerce 2017 made by the Spanish Ecommerce Observatory (Observatorio eCommerce) together with EY.

Ecommerce is usually synonymous with B2C (business to consumer), that is, a company selling to an individual. However, in recent years, C2C (consumer to consumer) web platforms (i.e., platforms where transactions are made between individuals) have also flourished in Spain. Some of the most renowned are Wallapop, Vibbo, and Milanuncios, not to mention Amazon or Ebay.

All the mentioned trends have, as it could not be otherwise, an impact in the tax sphere.

In this regard, it should be noted firstly that the sale of goods could be taxed by value added tax (VAT) or by the tax on transfer of assets (TTA). The main difference between them, in terms of applicability, is that while the first applies to sales made by businesses, the latter is usually applied to sales made by private individuals. As a result, any resale of used goods made between private individuals, no matter what kind of good, would a priori be subject to the TTA.

In relation to the foregoing, it should be pointed out that the recent binding consultation V2170-17 of August 22, 2017, issued by the General Directorate of Taxes (Dirección General de Tributos) has had a notable impact on the media. The consultation consisted of which tax treatment should be applicable to a transfer of secondhand objects and personal and family belongings made by an individual through a website. The response was that as long as the conduct of the vendor does not involve a business activity (this would essentially require the use of sufficient material and/or human means on a continuing basis for the purposes of obtaining income therefrom), the transmission of these secondhand personal and family goods would be subject to the TTA and not subject to VAT. It is worth mentioning that, in case the TTA was applicable, the taxpayer would be the acquirer of the goods—i.e., it is the acquirer who would have to file the TTA tax declaration.

The criterion stated in the consultation is not surprising at all; on the contrary, it seems obvious from a strictly technical point of view. However, and despite the media commotion generated with the issuance of the consultation, it is unquestionable that the buyer should file the corresponding tax declaration and proceed with the payment of the TTA derived from the acquisition of the good, regardless of the amount of the transaction.

From a practical point of view, the greatest difficulty that tax authorities had in order to require tax payments in this matter was the lack of control and monitoring of the operations carried out.

However, the growing phenomenon of the C2C ecommerce platforms in which it is possible to record the transactions carried out may open the door for the Spanish tax authorities to possibly decide to require these platforms information on such transactions and proceed to investigate the users who carried them out.

In conclusion, from a technical point of view, the above-mentioned consultation does not entail any change or novelty with regard to what was already mandatory, whether it was generally carried out or not. However, given the growing popularity of the platforms mentioned above as well as the attention that the General Directorate of Taxation has paid to these operations, it would not be unreasonable to expect that the Spanish tax authorities could initiate at any time tax audits of transactions carried out in previous years through the mentioned C2C platforms, with the only limitation of the term of the statute of limitations, which is four years in Spain.

Mariano Roca is a tax and private client practitioner focused in corporate and individuals advice (specialized in tax, wealth and inheritance advice for HNWI). He began his professional career in Cuatrecasas Gonçalves Pereira from 1997 until 2012. In 2012, he joined KPMG from 2012 until 2015 where co-led the family business and private client practice in the Barcelona, Girona, Balearic Islands, and Andorra offices. On January 2016, he joined Marco Legal, Abogados & Economistas, leading as a partner the firm’s tax department. Mariano is listed in Best Lawyers™ since 2013 and was appointed as “Lawyer of the Year” in 2014 and 2015. He has been once again recognized as a “Lawyer of the Year” in tax practice for 2018.

Between a Rock and a Hard Place: The Preparation and Filing of Sensitive Tax and Information Returns, and the Practitioner’s Dilemma