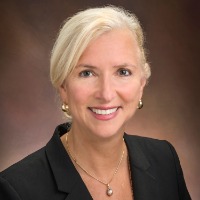 Consider the following: A business owner drafts a will that leaves the company and other assets to her children upon her death. She later remarries but doesn’t alter the will, still wishing to leave her estate—her business interests specifically—to her kids.

Little does she know, though, that by not signing a new will after remarrying—and thereby not providing for her new spouse—she has potentially left her estate vulnerable. In some states, the surviving spouse has the right to make a special claim against the late spouse’s estate and end up with a large share of it. The business owner’s best intentions to protect what she has built and pass it on to her children may therefore be thwarted by her surviving spouse, who was omitted from the will—otherwise known as a “pretermitted spouse.”

In a recent case of first impression, Trust Under Deed of Kulig, Pennsylvania’s Supreme Court held that under state law, the pretermitted spouse’s share of the estate does not include the assets of the decedent’s funded revocable trust (or, by extension, any funded irrevocable trust). Although the case still serves as a reminder that the family business could be in jeopardy if the owner marries or remarries without updating his or her will, Kulig clarifies that (in Pennsylvania, anyway) an owner’s assets held in a revocable trust funded before the marriage are not subject to the claim of a pretermitted spouse.

Twenty-six states, Pennsylvania among them, have some form of pretermitted-spouse statute, which typically gives the surviving spouse the right to claim a share of the decedent’s probate estate if his or her will was signed prior to the marriage—that is, the share the surviving spouse would receive under applicable law if the deceased spouse had died with an updated will.

This may surprise many people who get remarried without a nuptial agreement, and without revising their will because they like their existing estate plan—not realizing that the surviving spouse may therefore be able to claim a larger share (usually half the probate estate) than the typical elective share (generally about one-third of the estate, with certain offsets).

This unexpected outcome has a smaller impact on children from an earlier marriage in 12 of the 26 states that include a “prior descendants” exemption, in which the pretermitted spouse’s share would not apply if the late spouse had descendants from a prior marriage. (Those dozen states are Alaska, Arizona, Colorado, Hawaii, Massachusetts, Michigan, Minnesota, Missouri, Montana, New Mexico, North Dakota, and Utah.)

Uniform Trust Code (UTC) Section 112, “Rules of Construction,” provides as follows: “The rules of construction that apply in this State to the interpretation of and disposition of property by will also apply as appropriate to the interpretation of the terms of a trust and the disposition of the trust property.” The Comment to UTC §112, meanwhile, provides that “[r]ules of construction also address situations the donor failed to anticipate . . . [and] can also concern assumptions as to how a donor would have revised donative documents in light of certain events occurring after execution. These include rules dealing with the effect of a divorce[.]”

Accordingly, UTC §112 applies to various modifications by circumstance “as appropriate.” Other “modifications by circumstance” include children born after the creation of the will, divorce, and murder. In the context of a pretermitted spouse, 15 of the 33 states that have adopted the UTC have both a pretermitted-spouse statute and some version of UTC §112. Of those, five (Alabama, Maine, New Jersey, Pennsylvania and South Carolina) do not have a “prior descendants” exemption; 10 (Arizona, Colorado, Massachusetts, Michigan, Minnesota, Montana, New Mexico, North Dakota, Utah and West Virginia) have one.

The Comment to UTC §112 also states: “The revocable trust is used primarily as a will substitute, with its key provision being the determination of the persons to receive the trust property upon the settlor’s death. Given this functional equivalence between the revocable trust and a will, the rules for interpreting the disposition of property at death should be the same whether the individual has chosen a will or revocable trust as the individual’s primary estate planning instrument.” The Comment notes that UTC §112 was “patterned after Restatement (Third) of Trusts § 25(2) and comment e . . . , although this section, unlike the Restatement, also applies to irrevocable trusts.”

Prior to the enactment of Pennsylvania’s version of the UTC, the pretermitted-spouse statute did not apply to either revocable or irrevocable trusts funded prior to the marriage. The question the Pennsylvania Supreme Court considered in Kulig was whether the Keystone State’s version of UTC §112 changed this well-established law by extending the state’s pretermitted-spouse statute to the assets of a deceased spouse’s revocable trust funded before the marriage—as if such assets were part of the deceased spouse’s probate estate.

In 2001, David Kulig created a revocable trust to benefit his first wife and their joint descendants upon his death. Kulig’s first wife passed away in 2010 after 35 years of marriage. He married his second wife, Mary Jo, at the end of 2011 without a nuptial agreement. He died 35 days later without having amended his will or revocable trust. He was survived by Mary Jo and his children from his previous marriage. Among other assets, Kulig left a probate estate of about $2.1 million; a $3.3 million revocable trust funded before the second marriage; and an employee benefit plan worth $1.5 million.

Mary Jo received the employee benefit plan under federal ERISA law. Under Pennsylvania law, Mary Jo could have made a claim for her late husband’s other assets on one of two bases: First, she could have claimed an elective share, which would have entitled her to approximately one-third of Kulig’s probate and non-probate assets (including those in the revocable trust), but with an offset for the ERISA plan—essentially reducing her elective share to zero.

Pennsylvania law provided that if the testator—in this case, Kulig—marries after making a will, the surviving spouse is entitled to receive a share from the testator’s estate as if the testator had died intestate—that is, without a will. Unlike in some states, Pennsylvania’s pretermitted-spouse statute, as noted earlier, does not include a “prior descendants” exemption. Historically, in Pennsylvania, assets in revocable and irrevocable inter vivos trusts—those created by the decedent before his or her death—were never included in the pretermitted spouse’s share. Nevertheless, both the trial court and intermediate appellate court held that under Pennsylvania’s version of UTC §112, which was enacted in 2006, Mary Jo’s pretermitted claim included a portion of Kulig’s funded revocable trust.

The Pennsylvania Supreme Court reversed that decision, holding that the state statute does not extend the pretermitted-spouse claim to inter vivos trust assets, noting in particular that the reading of the statute by the lower courts would lead to questionable, if not downright absurd, outcomes—not least that pretermitted spouses might then have been able to reach the assets of irrevocable inter vivos trusts, including charitable trusts and those for disabled dependents.

Estate planning already requires great care and attention by families and their legal counsel, particularly today, when “blended” families are increasingly common. Kulig threatened to create additional hidden pitfalls and generate further litigation. Although the Pennsylvania Supreme Court’s decision maintained the “pre-UTC” status quo by holding that inter vivos trusts are not subject to a pretermitted-spousal share, lawyers must be aware of this potential situation in other states that have enacted UTC §112, and the potential application of the pretermitted-spouse statute generally, lest their clients suffer a different fate.

Margaret E.W. Sager is a shareholder of Heckscher, Teillon, Terrill & Sager, P.C., a Pennsylvania law firm focused on estate planning, estate and trust administration, fiduciary litigation, asset protection planning, charitable planning and related areas.  She is a Fellow of the American College of Trust and Estate Counsel and a past Chair of the Probate & Trust Law Section of the Philadelphia Bar Association.