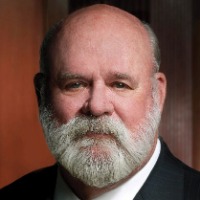 Nowhere is this work more dangerous than in Texas, where four out of every 10 oil and gas production fatalities occur, according to recent federal statistics.
It’s not hard to see why. Oilfield workers log long hours for as many as 20 days at a time. Drilling and production sites are often 24/7 operations surrounded by heavy machinery, toxic chemicals, and deadline-driven schedules that require a high degree of coordination. In an industry known for lax governmental regulation and oversight, energy companies are responsible for ensuring that their workers and those nearby are safe from harm.

Tragically, hundreds of oil field workers are seriously injured or killed every year in workplace mishaps due to poor training and oversight. These catastrophic injuries and deaths take an enormous toll on communities in and around the oil patch. In addition, residents in these oil-producing areas are experiencing increased danger on roads and highways caused by of 18-wheelers and heavy machinery required to support these intensive industrial operations.

Trial attorney Frank L. Branson has made it his mission to hold corporate interests accountable for injuries on and on roads and highways.
“This is an industry that has been allowed to police itself when it comes to worker safety and the practices that leave the public at risk,” says Mr. Branson. “What we have seen over and over again is that these businesses view safety as a line item on a budget. It’s a tragedy when a worker suffers a serious injury or because many of these incidents are preventable.”

Statistics show that oilfield workers are most likely to suffer serious injuries and death caused by burns, falls, exposure to toxic chemicals, and injuries and amputations caused by contact with heavy machinery.

Meanwhile, communities in areas that have seen tremendous growth in energy production—such as the Permian Basin in West Texas and the Eagle Ford Shale in South Texas—have experienced astronomical increases in traffic fatalities caused by reckless or poorly maintained trucks from the oil field. According to analysis, 25 Texas oil patch counties reported triple-digit increases in truck wrecks. In Glasscock and Dimmit Counties, two of the most heavily concentrated oil-producing counties in Texas, truck wrecks increased 300 percent and 229 percent, respectively.

When these tragedies occur, The Law Offices of Frank L. Branson has special expertise to investigate and determine what happened and why. The firm has used expert technical, investigative, and legal resources in the past to obtain evidence, determine fault, and recreate the events. When corporations refuse to take responsibility for taking shortcuts with worker or transportation safety, Branson makes sure that jurors get the complete story.

In recent years, Mr. Branson has secured significant recoveries on behalf of oil field workers injured on , as well as for motorists injured or killed in wrecks caused by oil field trucks and other heavy machinery. With the recent fall in oil prices, Mr. Branson says he is concerned that energy companies are trying to save money by cutting corners on safety, training, staffing, and management. Companies are downsizing and asking loyal workers to work longer hours and do more work with less support.

“We know that energy companies are not swayed by a slap on the wrist from regulators and inspectors. These companies too often view fines and penalties as the cost of doing business,” he says. “Until that culture changes, I am committed to making sure that those workers crippled or killed are fairly compensated for the devastation to their lives and the families they support. My hope is that our judicial system will make them take notice.”

In addition to his reputation with trucking, transportation, and energy-sector injury cases, Mr. Branson has a national reputation for representing parties in a variety of personal injury cases and injuries involving dangerous products, as well as a wide range of business disputes and commercial litigation. He has also pioneered techniques for presenting burn and explosion cases, work that has helped children who have suffered disfiguring burns.

Onboard Safety Technology―Preventing Truck Accidents Before They Happen