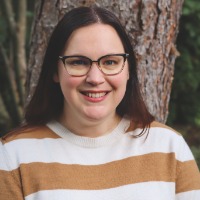 At the age of 23, I had a trust fund of nearly $200 thousand from my grandfather. He built a very successful career as an attorney, and the trust fund was his way of allowing each of his grandchildren an opportunity to pursue a law degree. I decided on a different path, opting instead for an M.A. in teaching. The trust fund paid for my degree in full with a sizeable amount left over.

The year I completed my degree, I became engaged to my boyfriend of five years. I was young and very much in love.

The Early Days of Our Marriage—and Where Things Went Wrong

My mother, though she loved my fiancé, insisted on paying for a lawyer to draw up a prenuptial agreement. Other than my trust fund, my fiancé and I had no other valuable assets. My husband-to-be was planning to go to dental school and my mother’s concern was that, if the trust fund was used for his education, I would be in a tough spot if the marriage ever fell apart.

Indeed, she was right to be concerned.

He went to dental school and received federal loans to cover tuition. I was a full-time public school teacher. We used money from my trust fund to pay our bills, as one teacher’s salary didn’t cover all of our living expenses. We lived in a safe, nice apartment, and we went out from time to time. We traveled home to the West Coast multiple times a year and took weekend trips.

The money went fast, but at the end of dental school, I still had a chunk of my trust left. We used it on a down payment on our first home, a large, half-million-dollar ranch house in Portland, Oregon. My husband worked as an associate dentist for several years before establishing his dental practice near our home.

Then he left me.

He had several reasons, most importantly that he didn’t love me, but as we began to navigate mediation and lawyers, one thing became very clear.

This was a good time for him to leave me, financially.

Into the Fog of Divorce

When we were married, my ex-husband’s income as a dentist was not what most would expect. Our income every month went toward our mortgage, living expenses, and my husband’s student loans. He hired me at the dental practice to handle the marketing and social media tasks, and I earned a little extra money as a freelance tutor and writer. For the most part, my primary occupation was caring for our two children.

If he had left our marriage a few more years down the road, his portion of our income would have been far more significant. But instead, when he left, he was in debt and earned under $200 thousand a year in an expensive West Coast city. We were living paycheck to paycheck, and his spousal support calculation was going to reflect that.

In the aftermath of his decision to leave our marriage, I was upset that he was leaving me after I supported him financially through dental school and was the primary caregiver for our children. I could not understand his insinuations that I didn’t contribute enough. I was also upset with myself—feeling duped, heartbroken, and cheated out of a career that I worked hard to build for myself. Here I was staring into the abyss of my future—and off in the distance was the man who vowed to love and support me for the rest of our lives.

I never thought my mother’s concerns would ever become my life. The prenup that she insisted we set up existed as a paper copy in my father’s file cabinet. I asked him to scan it and send it over to my attorney.

Could My Prenup Save Me?

Just as I was feeling better, because of the prenup in place, my attorney explained that it would not do me any good with our circumstances. All the money covered in it was gone—spent on joint marital property, which included items such as our rent, our bills, and the house. As one would imagine, this was a very disappointing setback.

As I was learning this news, my ex-husband-to-be wanted to put our house on the market. I expressed to him that I wouldn’t be able to qualify for a mortgage, nor would I be a good candidate as a renter. After all, I was an unemployed single mom. In his mind, I could have found a job and all my problems would go away. But in my mind, it was going to take time to rebuild my career after the sacrifices I made to put our family first.

Regardless of what his personal opinions were of my financial situation, the fact remained that I did not have to sell my house if I didn’t want to. My name was on the title as much as his, and I had to consent before anything was sold. Still, I wanted a fresh start…but how?

Luckily my father had a few ideas—although I felt like I was being sent back to him with the goat that had been my dowry. I would rent from him and have a safe place for my kids to live, close enough to our old neighborhood that they didn’t have to change schools.

So no, my prenup did not save me. But it was all going to be alright.

The Benefit of Skillfull Negotiation

Working with an attorney, I learned that I could negotiate. Even though my prenup was not going to help me, I could ask for maintenance and compensatory spousal support. I had a good case for both because of the money I contributed during dental school from the trust, my earned income during our marriage, and my role as caregiver to our children these last few years. My soon-to-be ex-husband might not have found my contributions valuable, but the Oregon courts did. Also, I found that I could negotiate money from the sale of our home.

There were some challenges my attorney and I encountered. Oregon is a no-fault state, which means that, although my estranged husband appeared to be the villain in our story, that didn’t necessarily mean I’d win in court. After some back-and-forth, we agreed to spousal support that would cover my basic living expenses as well as money from the house sale to make up for the depleted trust fund. The logic was that I would no longer be getting the benefit of his high income so I would require more money up front to start a savings plan for myself, going forward, with my low-paying career.

Just because my prenup was not helpful for me, does not mean they are worthless across the board. But what do you do if a prenup fails to protect your assets? In my case, I had a loving familial support system that provided my kids and me with a home.

I also had a skilled lawyer who was able to navigate me through my divorce with creative problem solving, negotiation, and logic that made a strong case for my out-of-court settlement.

Although my life changed overnight, and my vision for what my life would be did not turn out like I hoped it would, I’m able to work toward providing a better future for myself and my children.

Laura Wheatman Hill lives in Portland, Oregon with her two children. She blogs about parenting, writes about everything, and teaches English and drama when not living in an apocalyptic dystopia. Her work has appeared on Parents, JSTOR Daily, Parent Map, She Knows, and others. You can find her at https://www.laurawheatmanhill.com and on Twitter and Instagram @lwheatma