Judge Shira A. Scheindlin means it when she says social media is “totally disrupting the court system.” 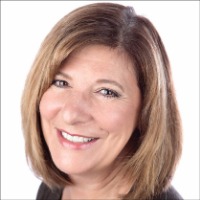 Judge Shira A. Scheindlin means it when she says social media is “totally disrupting the court system.” Jurors hop on Facebook and Twitter to do their own investigations or talk about cases with each other. In some instances, they’ve used it to contact plaintiffs or witnesses, even after receiving explicit courtroom instructions not to.

“We’re in a new world where it’s so easy to communicate,” says Scheindlin, a retired federal judge in the Southern District of New York in Manhattan and a noted authority on technology in the courtroom. “In the old days, we’d say, ‘Don’t do research on your own,’ and most people would be too lazy to go to the library and look something up. But now it’s so easy to go on your computer or your phone and start looking around.”

Social media gets the most attention, but it’s not the only technology jarring the judiciary. Using predictive analytics software for reports has its fans and critics. Legal practitioners continue to debate the pros and cons of live-streaming Supreme Court proceedings.

Of her 21 years on the bench, Scheindlin is perhaps best known for presiding over the 2013 trial that ended the New York Police Department’s controversial stop-and-frisk policy.1 She also oversaw trials for organized crime boss John Gotti, Jr., and a Russian arms dealer, among others. But Scheindlin, 71, is also notable for publishing one of the first case books on discovery and evidence2 and for writing numerous papers on the topic. Since retiring in 2016, she’s worked as of counsel at Stroock & Stroock & Lavan in New York, where she’s a senior member of the litigation group. She’s also a JAMS mediator and arbitrator and frequently lectures on everything from electronic data discovery to the war on terror.

Time to Switch to a New System

Since admonitions from the bench aren’t working, courts may need to consider a new system that takes into account the reality that people won’t put down their phones. Judges could ask jurors what they’ve looked up “and decide if it’s prejudicial,” Scheindlin says. “It’s a fascinating area, whether easy access to electronic information—social media or Internet research—will mean the end of the jury trial as we know it. We may have to restructure them in some way.”

Social media use in the courtroom isn’t all bad. It’s perfectly acceptable for lawyers or their investigators to use it to voir dire prospective jurors, as long as they stick to publicly available information and don’t attempt to gather information by friending a prospective juror on Facebook, she says.

Scheindlin knows firsthand the problems that can stem from easy access to online information. In 2009, she presided over an 11-week jury trial the City of New York successfully brought against Exxon Mobile3 for polluting area water wells. During deliberations, one juror looked up something about the trial online and arrived the next morning ready to share what he’d learned. A fellow juror reported him. Scheindlin him and all the other jurors and determined they’d acted before he shared anything with bearing on the case. “I was lucky,” Scheindlin says. “I was able to dismiss him, and we were OK in the circuit on appeal.”

Pros and Cons of Predictive Analytics

Predictive analytics are harmless when they’re used to suggest a book to read based on someone’s past choices or what people with similar tastes have purchased. But the stakes are higher when data-based computer algorithms are used to predict potential recidivism rates for sentencing purposes.

A 2016 ProPublica investigation4 and academic research on the subject has shown that racial biases are inherent in the analytics-based software some courts use to predict future criminal behavior in order to make recommendations about bail, sentencing, and early release. The investigative news organization found that black defendants were twice as likely to be incorrectly labeled as higher risk than white defendants, and white defendants identified as low risk were more likely than blacks to end up being charged with new offenses. “That is not benign,” Scheindlin says.

She says judges have other resources at their disposal for creating a presentence investigation report (PSR) to evaluate extenuating circumstances that could affect sentencing. “The whole point of being a judge is to exercise judgment, and they should do that based on the PSR and the record and form their own ideas,” she says. “I don’t need software to make a prediction.”

The legal field continues to weigh the merits of airing Supreme Court proceedings live on TV. At the appellate level, there’s no reason not to, Scheindlin says. The public would feel more involved in judicial proceedings, and live feeds of argument transcripts are already available. “You just can’t see the lawyers’ and judges’ faces,” she says. “If the transcript says, ‘Laughter,’ I want to see who laughed and who didn’t find something funny. That wouldn’t be in the transcript.”

court is different. Witnesses in high-profile cases don’t want the exposure that comes with being on TV, particularly in terrorism or organized crime cases. Letting cameras in could potentially take away the anonymity of the jury, witnesses, informants, and undercover law enforcement officers. At a time when videos shared online can live forever, an eight-year-old testifying against someone in an abuse case doesn’t want to grow up, and 20 years later, have the video be part of their Google search history, she says.