By letting advertisers target men in job postings, Facebook may be contributing to gendered discrimination. 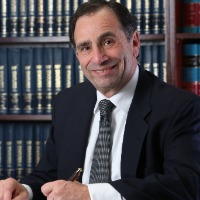 In September of this year, the ACLU filed discrimination charges with the U.S. Equal Employment Opportunity Commission on behalf of three women and the Communications Workers of America against Facebook and 10 employers. The charges allege that Facebook enables employers to target their job advertisements to male users. Using Facebook’s platform and data, employers can target advertising and recruiting information to a male audience.

Facebook requires new account holders to identify their gender when opening their accounts.  Advertisers can target their audience by selecting “male,” “female,” or “all” users to receive their ads. Per the ACLU case, Facebook then facilitates the advertisers’ choice by delivering the ads to the gender that has been selected by the advertiser, while excluding all other users from receiving the ads.

In this way, Facebook is serving as much more than a neutral conduit its advertisers. Rather, Facebook is collecting gender data concerning its users, and then allowing advertisers to use that data for targeted advertising.  Facebook is providing the architecture and platform for employers to deliver gender-based ads to their target audience.  The result of this selection and targeting process has allegedly been to largely exclude female candidates from recruitment efforts.

Facebook’s involvement in the targeting process is not hidden. When a user clicks on an employment ad, the user also can open a standard Facebook disclosure page that explains why the particular user received the ad. Users are informed that they are seeing the specific ad because, for example, the employer “wants to reach men ages 21 to 50 who live in the United States,” “wants to reach men ages 25 to 35 who live or were recently near [a specific location],” or similar explanations based on gender, age, and location. All of the employers charged by the ACLU targeted men in their online Facebook advertising, and all of their disclosures indicated that the users received the job ad, in part, because of their gender.

These practices would appear to be discriminatory and no different from a printed ad that says “men wanted” or “women need not apply.” But it is not the first time that online advertising has been exposed as having serious deficiencies. In 2016, a ProPublica investigation discovered that Facebook’s advertising platform provided an option for advertisers to target users based on their assigned “ethnic affinity,” effectively allowing employers to avoid advertising to black and Hispanic users. As a result, Facebook renamed the designation as “multicultural affinity” and prohibited the use of the category in ads for housing, credit, and jobs.

Nor is Facebook the first online social media platform to face discrimination concerns over its advertising systems. A 2015 study of Google’s advertising system showed that high-paying executive job ads were served to men at a far greater rate than the same ads were to women. In one experiment, Google displayed advertisements for a career coaching service for executive jobs paying in excess of $200,000 to a group of male job seekers 1,852 and only 318 times to a female group. Without access to Google’s advertising platform and ecosystem, the study could not make any conclusions about the specific reasons for the disparities.

In addition to the explicit targeting of men, there are various implicit biases against the equal hiring of women in the corporate social media world, including corporate website photographs of employees. Often, the images are of white men in leadership, with women pictured in support roles. Such pictures may send discouraging messages to women about the work environment at the company, and they may negatively impact the way the company is perceived.

The way job ads are written may also have a discriminatory impact, even if no discriminatory intent exists.  The use of specific language in job advertising can reveal a bias against women and discourage them from applying for jobs. A study by Totaljobs, a leading job board in England, revealed that a substantial number of ads carried an unconscious gender bias expressed through gender-coded language: male-gendered words included “lead,” “analyze,” “competitive,” “active,” and “confident.” Female-gendered words included “support,” “understanding,” “dependable,” “committed,” and “responsible.”  The same research found that the use of titles such as “head,” “director,” and “partner” favored male applicants. When gender-biased language is removed from job advertising, the number of applicants rises significantly.

Targeted job advertising, such as that allegedly facilitated by Facebook, as well as unconscious or implicit bias in advertising, is ubiquitous and helps to perpetuate a world in which job bias against women exists and flourishes. To make this point, one researcher did a Google image search for “CEO.” The results were astounding but likely not shocking: 85 percent of the CEO images were of men; only 15 percent were female. In 2017, only 32 of the 500 CEOs of Fortune 500 companies—or just over 6 percent—were female.

We tend to think that technology, including all forms of social media, has made our lives easier, and that its tools are largely objective.  But the ecosystem of social media, including the complex algorithms programmed by human beings to manage and vast amounts of data, and taught to learn from user behavior, is necessarily embedded with a great deal of subjectivity. This has helped to perpetuate existing discriminatory patterns, whether it intends to or not. Such behavior, conscious or implicit, and the technology used in job recruiting and must be examined in depth so that we can effect change and eliminate discriminatory employment practices that significantly disadvantage women. The charges against Facebook may be an important step in eliminating discrimination in hiring.

Donald L. Sapir has been a practitioner of labor and employment law for more than 36 years.  He has had experience representing employees from all walks of life, businesses both large and small, and labor organizations and their affiliated pension and welfare funds.

The author thanks his associate, Ann L. Moscow, for her assistance with this article.