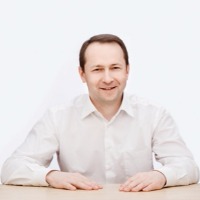 A Q&A with Konstantin of Vlasova Mikhel & Partners about his experiences and the legal field in Belarus.

How did you get involved in the law and in your practice area specifically?

My first job was at an insurance company. When studying at the technical university, I had been working as an insurance agent, and then I was convinced that my vocation was law and jurisprudence. So in 1995, I started studying law at the Belarussian State University.

Through my insurance experience, I got acquainted with the management of the company, which offered me an internship, and after that, an in-house position. Then I changed jobs for an in-house position at the investment consulting company, Uniter. There were already more diverse tasks, a more lively practice. The lack of electronic databases and professional literature, work with paper regulatory acts—all this required many professional conclusions on their own.

Working as a corporate lawyer in Uniter, I saw a strong demand for legal services from our clients. In coordination with the management of the business, somewhere under their they decided to create a classical law firm whose interests would not overlap with the interests of another business. So the law firm " and Partners" appeared, where I became a managing partner. And so began my career as a legal counsel and managing partner.

My core practice area is tax law. Tax law is often described as solving a puzzle, allowing lawyers to find creative solutions to their clients’ problems and offer a specific expertise that affects varied types of financial decisions and life events. We get to do incredibly interesting work in tax, and I think I am always learning new things. Because of the ever-changing landscape of tax regulation, those solutions are often implemented swiftly, so it may be easier for tax attorneys to see the results of their job than for attorneys in other practice groups.

Moreover, recent studies of the relative levels of contentment of lawyers in many areas of practice confirm that tax lawyers are the most satisfied with their jobs and likely to be at the top.

Can you tell me about the legal climate currently in Belarus, such as any pressing issues within your practice area?

Belarus, of course, has serious ongoing red tape problems, corruption, and fair and effective enforcement of laws. The fact is, Belarusian law and business practices are gradually developing. New laws and court decisions have been largely pro-business, pro-foreign investment. Moreover, one upside of the global economic crisis is that it served as a strong reminder to the government of our connection to the world economy and of the need to attract foreign capital in an increasingly competitive global market. The economic crisis has brought a new focus and changed to the government generally. The laws adopted during the past years have aimed at better protecting shareholders’ and creditors’ rights and stimulating the economy by, among other things, reducing unnecessary government interference in business. Much was done to address some of the major shortcomings the legal system. There have been, of course, various well-publicized recent attempts to deprive shareholders of their rights and to strip assets from companies. However, such attempts have been far fewer and less successful, thanks to changes to both the corporate laws and the laws governing the judiciary, which have reduced the ability of litigants to “influence” judges.

Although there is still much to be done to reduce corruption, strengthen the judiciary, and further protect shareholders and business interests in Belarus, it is important to keep things in perspective. Positive change is under way in Belarus, and a new generation is emerging that has a more Western view toward the rule of law and its importance—not only to democratic but to economic success.

What are some of Vlasova Mikhel & Partners accomplishments within the last year?

VMP is at the top of major international ratings: Chambers Global, Legal500, and IFLR1000. Our most renowned practices are banking and finance, commercial law, IP, and dispute resolution. Our firm appeared in the international rating editions for the first time 10 years ago, and we still keep a leading position.

What achievements do you see in your firm’s future?

VMP started its history in 1990 as the first private law practice in Belarus. Today it is one of the leading Belarusian full-service law firms, well-known and respected throughout the community. Our legal team draws from our experience and youth to build strong cases for clients, and we are dedicated to serving clients with fervency and to pursuing successful strategies. With this attitude and perspective, we have earned a number of awards and accolades, and we are going to remain a constant at the top of the Belarusian legal market.

Can you tell me about a landmark case your firm recently took on?

At I would like to say that we are advising lots of interesting, unique projects, so the most of our cases are and notable. We like complicated cases, developing new schemes that no one has ever used for implementing our clients’ projects. It’s one of the hallmarks of our style of work—VMP style.

Starting in 2013, VMP played a key role representing the interests of OJSC “Belgorkhimprom” (as a respondent) in arbitration proceedings against Turkish company Koca İnşaat Sanayi ve İhracat Anonim Şirketi (as a claimant) under SCC Arbitration Rules in Stockholm. VMP represented interests of the client in of all stages of arbitral proceedings in Arbitration Institute of SCC, which to the best of our knowledge has no precedents in Belarus. As a result, only 29 percent of claimed by Koca was awarded to Koca in award.

At this stage, VMP represents OJSC “Belgorkhimprom” in the Svea Court of Appeal on the matter of setting aside of the abovementioned arbitral award. Upon the result of setting aside the arbitral award could be set aside in full or in part by Svea Court of Appeal. Representation of the clients’ interests in the Svea Court of Appeal is a notable experience for Belarus because, to the best of our knowledge, there were no precedents when Belarusian law offices represented Belarusian entities in Swedish courts on the matter of setting aside of arbitral awards; and VMP represents clients’ interests in Swedish courts without assistance of Swedish lawyers, which allows VMP to obtain a unique experience on the specifics of Sweden Procedural Law.

For the last several years, we have been advising on one of the largest investment in Belarus: construction of the potash mining and processing complex in Luban, Minsk Oblast, Belarus with capacity of at least 2 million tons of potassium chloride and on-going advice on implementation of the project. Our client is a subsidiary of GMC Global. The investments are estimated at $1.5 billion. The project is to be implemented by 2020 and create Belarus’ second largest producer of potash fertilizers. The State Development Bank of China approved a loan  $1.4 billion USD through Belarusbank, and BIN group has invested $268 million USD for the construction of the project.

The other prominent case relates to the investment project on construction of complex in the historical center of Minsk, Belarus’ capital. Our client is Royal Group Companies Management LLC, a conglomerate of 60 large- and medium-sized companies, based in the United Arab Emirates (UAE), where they have launched its business in Belarus to implement this investment project. The main problem is that the place where the new complex should be constructed is a historical place, which includes a number of historical buildings. For more than five years, Minsk executive authority tried to find an investor for construction on this land plot. VMP advised one of them (Oman investor who was going to invest $300 million), but after several years of negotiations and losing $10 million, the investor decided to give up the project (the conditions for investments in Belarus are rather unfavorable due to the high political and bureaucracy risks).

The new investor we advise now—an UAE company—is more persistent, and with our support, they concluded an investment project with the Republic of Belarus at the end of 2016. Now demolition works at the land plot are carrying out, and construction will start soon. We are advising on all stages of the project.

Now we are advising on drafting one of the most ambitious legislative acts, which should turn Belarus into a large Silicon Valley and allows it to become one of the world centers in IT. The IT experts suggest that adoption of this legislative act and further positive changes in investment environment will lead to the opening of the offices of Microsoft, Oracle, Facebook, and other corporations in a few years, and the total revenue from the export of IT services will reach tens of billions of dollars.

We are the members of several working groups under the Ministry of Economy, Ministry of Taxes, and are involved in drafting and revising legislative acts regarding improving business and investment climate.