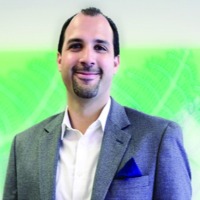 The Commonwealth of Puerto Rico is unlike any other island in the Caribbean. Its strategic geographical location, which grants it proximity to North, Central, and South Americas; its ability to enact laws and regulations similar or identical to those that are recognized and compatible with some of the most sophisticated jurisdictions in the world; its ample federal regulatory backbone; and its autonomy for certain aspects make it an ideal business environment for a variety of industries. Furthermore, its own history, coupled with its interaction with the United States for the last century, have continually molded the island into a location that has a unique set of characteristics that are unequal to any other U.S. jurisdiction. These factors, along with various tax incentive programs, provide an unmatched development ground for various business sectors.

Puerto Ricans are, by law, natural-born citizens of the U.S. and may move freely between the island and the mainland. As a result, and as with all U.S. citizens, they are subject to federal taxation on their worldwide income. However, U.S. citizens that are also bona fide residents of Puerto Rico are allowed to exclude from federal taxation (933 Exclusion) all of their income, be it ordinary income, interest, dividends, or capital gains that are derived from sources within the island (known as P.R. source income). With regards to legal entities, the United States Internal Revenue Code (U.S. Code) excludes entities organized in Puerto Rico from the definition of “United States persons” and treats them as foreign, therefore not being subject to federal taxation, unless U.S. source income is earned.

As discussed above, the 933 Exclusion can only be used by (i) bona fide residents of Puerto Rico and (ii) for income that is considered P.R. source income. An individual will be considered a bona fide resident of Puerto Rico if such individual meets all of the following: (i) presence test, (ii) tax home test, and (iii) closer connection test, as provided in the U.S. code. If any of these three tests are not met, the individual will not be treated as a P.R. resident and will not benefit from the 933 Exclusion.

The vast majority of these incentives provide (i) a fixed tax rate; (ii) various tax exemptions and special deductions; and (iii) training expenses reimbursement and special tax treatment for pioneer activities. Some of the tax incentive acts in Puerto Rico that are granted to the legal entities that operate the island are (i) Act 73 of May 28, 2008, known as the Economic Incentives for the Development of Puerto Rico Act, as amended (Act 73), which is focused mainly on manufacturing operations, pharmaceutical industries, airplane and ship repairs, research and development, among others; (ii) Act 20 of January 17, 2012, known as the Act to Promote the Export of Services, as amended (Act 20), was designed to tap into the human capital of the island and develop it into an international export service center; it covers almost any type of exportable service that is provided to clients who do not have a nexus with Puerto Rico; and (iii) Act No. 185 of November 12, 2014, known as the Private Equity Funds Act, as amended (Act 185), developed to promote investment in entities that do not have access to public capital markets and attract capital investment to Puerto Rico (collectively the Corporate Exemptions).

In addition, there are certain tax incentive acts that are granted at the individual level. Some of the most recent and significant acts are (i) Act 22 of January 17, 2012, known as the Act to Promote the Transfer of Individual Investors to Puerto Rico, as amended (Act 22), which focuses on providing a preferential tax rate on certain forms of passive income derived from Puerto Rico sources to individuals that relocate to the island; and (ii) Act 14 of February 21, 2017, known as the Incentives Act for the Retention and Return of Medical Professionals (Act 14), which was enacted to offer an attractive tax incentive proposal for the medical professionals to stay in Puerto Rico, and at the same time, attract the setup of other professionals’ medical practice in Puerto Rico (collectively the Individual Exemptions, combined with the Corporate Exemptions, referred to as P.R. Exemptions). When the P.R. exemptions are combined with the 933 Exclusion, they result in significant tax savings to U.S. citizens either currently residing in Puerto Rico or that make a move to the island.

Act 185 provides multiple benefits, and some of the incentives vary depending on the role the individual or entity plays in the private equity fund. Some of the main benefits under Act 185 are i) deduction of 30 percent to 60 percent of the initial investment made in the fund; (ii) preferential tax rates on capital gains, dividend, and interest income; and (iii) special tax rates on the sale of ownership interests.

In the case of Act 22, it provides a 100 percent exemption on dividend, interest, and capital gain income that derived from Puerto Rico sources. The benefits under Act 22 last until December 31, 2035. Lastly, Act 14 provides (i) a 4 percent fixed income tax rate on income from providing professional medical services; (ii) 100 percent exemption (including alternative minimum tax [AMT]) on up to $250,000 received from eligible dividends; and (iii) eligibility to contribute up to 25 percent of the net income to individual retirement plans (Keogh) or up to 25 percent of their salary in case of corporate retirement plans, as after tax contributions. The preferential tax rates under Act 14 are available for an initial period of 15 years.