2017-08-31 2017-08-31 Describing what the burdens of substantiation and proof require in continental European civil procedures an... Best Lawyers

Civil procedures in Germany are governed by the principles of factual substantiation and burden of proof. 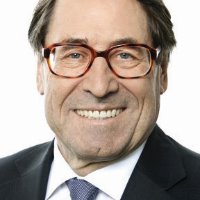 German civil procedure and the rules of civil procedure found in many other states in Continental Europe are governed by the principles of factual substantiation and burden of proof. From these principles, it follows that parties are free to decide which facts and evidence they want to introduce or not introduce in a case.1 Neither the opposing party nor the judge can force a party to disclose information during the course of the proceedings.2 To this end, the German Code of Civil Procedure (like that of other civil law countries) aims to protect privacy, individual autonomy, and constitutional rights.3

The underlying goal is to protect the economically weaker party and ascertain a material truth of the facts.

These goals are assigned lesser priority in the procedural law of most civil law states in Continental Europe.5 In such countries, the plaintiff bears not only the burden of but also the burden of knowing and submitting the necessary facts of its case.6

The defendant’s obligations, on the other hand, are reduced in comparison. While the plaintiff must present and prove every relevant aspect of its claim, the defendant need only contest the plaintiff’s claim.7

This basic principle has been modified somewhat under the German Procedural Code. Therein, the law requires that both parties actively contribute to the proceedings by expressing their factual point of view and telling the truth. This means that when the plaintiff presents its case with a high degree of substantiation, the defendant cannot, without more, simply contest it. Instead, the defendant is required to substantiate their own defense.8 Thus, the extent to which a party must substantiate its claims and defenses, i.e., the party’s “burden of substantiation,” depends on the other party’s pleading.9

Where there exists a substantial disparity between the parties regarding access to and possession of information, the German legislature has deemed this to be unfair and has implemented certain laws to address the issue. For example, Article 93 (2) of the German Stock Corporation Act provides that, when in dispute, a director must prove that he properly fulfilled his duties and met all applicable legal rules and standards.10

The “secondary burden of substantiation” is a prominent instrument in German case law to overcome an apparent gap in access to information.17 It does not, however, change the basic principle of factual substantiation, and it remains far less overreaching than the discovery of evidence.

The discovery of evidence may be abused when a litigant initiates legal proceedings on the basis of a raw, bare, unsubstantiated claim, expecting that they can flesh out the necessary facts through discovery.18 This is commonly (and appropriately) called a “fishing expedition.” Such tactics are also frowned upon under common law, but the dividing line can be hard to detect. In civil law, such claims are strictly impermissible. The closest one may get is the implementation of the “secondary burden of substantiation,” which is still far from the abuses that can arise under discovery. Even with the implementation of the “secondary burden of substantiation” in civil law, a defendant is not obligated to substantially contest claims that are ostensibly made up out of thin air, obviously inflated, or invented.19 The plaintiff is required to submit, in a demonstrable way, that the substantiation of facts by the defendant will have an impact on the case.20 It is also the plaintiff’s responsibility to set forth the reasoning for why of the “secondary burden of substantiation” as to the opposing party is necessary. As a general rule, the court cannot at its own discretion demand further explanation or even the disclosure of documents.21

In the context of international arbitration, the arbitration community has tried to find a compromise between the two systems. To address this subject, the Arbitration Committee of the International Bar Association drafted the “IBA Rules on the Taking of Evidence in International Arbitration (IBA Rules).” The IBA Rules do not permit a general discovery regime, thus respecting the civil law position of prioritizing the protection of parties’ rights and, in particular, the confidentiality of (business) dealings and documents. Instead, the International Bar Association carefully crafted a request to produce.22 A request to produce allows parties to demand the production of documents, but only upon request and only for sufficiently identified documents or categories of documents that are material and relevant to the outcome of the case.

Nevertheless, it has become an ever-increasing occurrence in international arbitration for inconsistent and made up claims to be brought to arbitration.

Often, this tactic is employed by the claimant simply to put pressure on the respondent, with the intended aim of forcing on favorable conditions. This is seen particularly in investor state and disputes. In many instances, litigants expect to find information to support their claims during a discovery process, but this would not be acceptable under Continental European procedure law.

Here, a court or an arbitrator must dismiss inconsistent and unsubstantiated claims without the taking of any evidence.23

In international arbitration, parties regularly agree on the application of the IBA Rules as guidelines for their proceedings. Still, practical application of the IBA Rules can vary. Depending on the legal background of the presiding arbitrator, the basic civil law concerns built into the IBA Rules might be diluted in favor of broader-reaching common law principles, regardless of the law applicable at the seat of the arbitration. In such cases, the taking of evidence with respect to apparently baseless and inflated claims exceeds the intended limits of the IBA Rules and the intended concept of a request to produce. Despite being an incorrect perversion of the IBA Rules, the practice of allowing a broader common law, discovery-like evidentiary process has increased, particularly since arbitrators are frequently timid about limiting requests for fear of violating a party’s right to be heard. This way of implementing the IBA Rules, however, is in contrast to their wording and meaning. If one were to reference the history of the IBA Rules, one would recall that the compromise struck therein derived from the principles of Continental European civil law. Moreover, the IBA Rules were specifically and purposefully not intended to be a moderate alteration of the discovery process under common law.