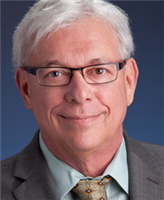 There has been a lot of buzz about the U.S. Supreme Court’s recent decision about arbitration, Epic Systems Corp v. Lewis. It looks like employers can now avoid class actions by having their employees sign arbitration agreements. Indeed, a lot of law firms are rolling out new policies and emphasizing the need to arbitrate.

But is it really a good idea?  Probably not. A fully informed employer might choose to avoid arbitration altogether because:

1. It will cost more

The employer almost always will end up paying for the arbitrator’s time. Arbitrators are usually lawyers charging lawyer’s rates. If it is a long case, the fees could be substantial, tens of thousands or even more. It only costs a few hundred dollars to file a lawsuit, and you never have to pay any more court fees of any significance.

People make mistakes, and arbitrators are people. Sometimes even arbitrators get it wrong. When that happens in court or with a jury, you can appeal. Arbitration is final. There is no appeal. You are stuck with whatever the arbitrator decided.

Many arbitrators and arbitration rules limit discovery. You may not get to know what the other side has in mind until possibly 10 days before the hearing when you just might have to exchange witness lists and exhibits. Court rules include a lot of disclosure and discovery rights. If there is a place for being ambushed, it is in arbitration.

4. You might have to fight just to have an arbitration

It is not a given that you will get to arbitrate just because the employment agreement says so. There are many substantive and procedural defenses to enforcing an arbitration agreement, and there are many occasions where employees would rather fight hard for a chance to litigate in court than arbitrate by claiming that the agreement is unenforceable for one reason or another. You may end up spending a fortune just fighting about your right to arbitrate.

5. You may get in an avoidable fight

It is a lot easier to start an arbitration than a lawsuit. Lawsuits generally require a filing fee, service of process, and a lot more formalities—and most people know enough to hire a lawyer before starting a lawsuit. But an arbitration requires a simple demand and is a lot easier to start, often at no cost to the employee. Many employees may choose to take up the fight with their employer if they know that there is an easy, inexpensive way like arbitration. You may get a fight that you would have avoided if you had required a lawsuit.

6. You may end up in court anyway

An arbitrator has the power to make orders and to make decisions.  But an arbitrator can’t enforce them. If you want an enforceable injunction or judgment with the right to collect, you will have to go to court. An arbitration award, standing alone, depends on the good faith of the parties to be enforceable. A court award is enforced by the police and sheriff.

Class actions are exceedingly rare and not likely for most employers. You may be avoiding a problem that never will come. Most class actions are based on the employer’s failure to pay minimum wage, overtime, or paid sick time. It would be better to simply get sound advice from an experienced employment lawyer to ensure that you are complying with these laws.

8. An ounce of prevention is even better

It’s nice to have an agreement in place to avoid disputes but isn’t it better just to avoid the dispute in the first place? Give some thought into treating employees fairly, listening to their grievances, and being a fair employer. It may make all the difference. Your employee may not want to fight if treated fairly. Sure, arbitration is one way to resolve disputes. But there’s no need to resolve a dispute that hasn’t occurred.

Representing clients for over three decades, Kraig J. Marton has a unique blend of employment, health care and first amendment law expertise. He has represented both employers and employees in all manners of employment law disputes ranging from FMLA to wrongful termination; from retaliation to discrimination.  Additionally, he counsels employers regarding compliance with wage & hour laws, EEO, DOL, and other regulatory requirements.

Fallin’ Around the Christmas Tree: Are Injuries At Holiday Parties Covered Under Workers’ Compensation?

Sexual Harassment in the Workplace – What US: Massachusetts Companies Need to Know