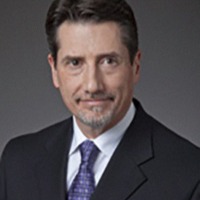 The result is one of the most emotional and traumatic issues in family law: child custody.

It is also one of the most misunderstood. The term “child custody” is actually an amalgam of two related but entirely different concepts: “legal decision-making authority” and “parenting time.”

“Legal decision-making authority” (aka “legal custody”) is basically the family court’s designation of which parent speaks for the children on such matters as health care (e.g., selection of a pediatrician, elective procedures); education (e.g., school choice); extracurricular activities; obtaining a driver’s license; etc. Legal decision-making authority can be either shared (joint custody), where both parents have equal say and both must agree to a particular decision regarding the children (co-parenting) or sole, where one parent is granted the exclusive authority to make such decisions.

“Parenting time” (formerly called visitation) is the scheduled time allotted to each parent to have physical custody of the children. Parenting time can run the gamut from an equal parenting time plan where each parent has the children exactly 50 percent of the time to restricted or supervised parenting time when there is a serious concern for the children’s well-being for some reason while with one parent (e.g., domestic violence or abuse, anger-management problems, suicidal tendencies, substance abuse, serious mental health issues, etc.).

It is important that parents understand the following important considerations and precepts that generally govern child custody disputes.

Mr. Richard is a partner with the law firm of Dickinson Wright PLLC. His practice for the past 30 years has focused on family law and divorce cases. He has been a certified specialist in family law for the past 15 years and is a fellow with the American Academy of Matrimonial Lawyers. He has been listed in Best Lawyers® for a number of years.