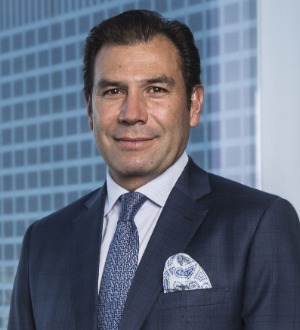 MGGL is pleased to present an executive summary of the most relevant aspects of this reform in connection to its impact on individual rights, trade union issues and collective brgaining aspects, conciliation as a way to prevent conflicts and as condition for legal actions to proceed, new procedures before Labor Courts and general matters regarding the authorities, and the transition in the administration of labor justice from the executive to the judicial power.

The Labor Law Reform creates expectations and uncertainty as it is tied to the “TMEC” (USMCA) trade agreement, because of its particular legislative process, and the disengagement by the corporate sector. Nevertheless, it does contain aspects that will contribute to a more balanced labor system, stricter management of employment relations, and a more expeditious justice committed to due process.

Employment stability will be transformed. On one side, the law amendment establishes the possibility for the employer to terminate the employment relationship with (i) trusted employees, (ii) those with a seniority of less than a year, (iii) domestic, (iv) temporary, or (v) those that due to their services are in direct and permanent contact with the employer; by filing a parallel proceeding before the Labor Court where the amount of the corresponding severance will be deposited.

Additionally, if the dismissal notice is not delivered to the employee, the discharge will not be deemed as unjustified by legal definition. The omission of delivering or notifying the dismissal notice will only lead to the presumption that the discharge was unjustified, since it may be proved otherwise. This opens the possibility of proving the legal cause of the dismissal in trial, in spite of not delivering or notifying the corresponding notice.

Domestic employees will now be subject to insurance before the “IMSS” (Social Security Institute), under the regime determined by the applicable laws. Thus, this right is not claimable as of this date.

The law amendment regulates thoroughly the creation and organization of labor unions. The new model is based on democracy and representation, aiming for the freedom of collective bargaining and the protection of interests of employees and employers. Labor unions shall comply with formal requisites that evidence their democratic processes and transparency in its management, the administration of resources and the constraint of their inherent activities to the applicable legal purposes.

Union activities and purposes are regulated with further detail. After the law amendment, labor unions will be able to create and manage cooperative associations and savings banks for their members, but will have the express prohibition, among others, of participating in schemes for evading taxes or breaching employer obligations in connection to their employees, as well as participating in simulations as employers. Collective extortion will also be sanctioned, even with the cancellation of the register as union.

Collective bargaining will be conditioned to the issuance of a “constancia de representatividad” (representation record). The application for obtaining this record will be filed before the “Centro Federal de Conciliación y Registro Laboral” (Federal Office of Conciliation and Labor Register); support from 30% of the employees of the corresponding workplace is required, and will be in force for six months. The right to strike to request the execution of a collective bargaining agreement will be conditioned to obtaining the representation record. For registering a collective bargaining agreement or a revision agreement, it will be necessary for the employees to vote the agreement’s content.

Pre-trial conciliation is a previous requisite for the employee to exercise legal actions before Labor Courts. No lawsuit will be processed without previously concluding the conciliation stage, except for cases of labor discrimination, designation of beneficiaries, claims of social security benefits, claims for holding the collective bargaining agreement or contract-law, as well as matters related to union bylaws and their amendments.

The pre-trial conciliation stage includes: the request of the parties or one of them to initiate the proceeding before the Federal Office of Conciliation, whether Federal or Local (depending on the jurisdiction derived from the activity of the employer), as well as the holding of the hearing of conciliation (obligatory) and the consequent execution of an agreement. The agreement reached will be in full legal force and only those conditions that imply a waiver of rights will be subject to impugnation.

Labor Courts in the states will be in charge of the conflicts arisen at their jurisdiction that do not correspond by exception to the Federal Labor Courts. Regarding the ordinary process, plaintiff employees shall file their lawsuit along with the proofs to be rendered and the defendant employer must respond within the following 15 days to the date in which he was summoned to trial, offering the corresponding proofs.

In accordance with the principles of the law amendment, regarding the organization freedom and union democracy, it is established within the special trial, a special collective proceeding. This proceeding does not require the representation record for exercising the action and, given its nature, it does not allow neither previous negotiation nor during the proceeding. This proceeding is designed for solving through a referendum among the unionized employees, matters regarding the union that holds the collective bargaining agreement, as well as collective issues such as the suspension and collective termination of employment contracts, among others.

The law amendment provides the creation or modification of the scope of authorities related to the administration of the employment relationships, in the following terms:

As long as the Federal Office of Labor Conciliation and Register is not fully operational (maximum two years), the STPS (Ministry of Labor) and the Labor Boards will continue bearing the registration responsibilities in connection to labor unions, in terms of the Law in force until May 1st, 2019. The Organic Law of the Office shall be issued within the 180 days that follow the executive decree’s entry in force.

Labor Boards will continue in charge of the matters in trial as of this date, as well as those that arise after the executive decree is in force, in terms of the legal dispositions before the reform, until the Labor Courts begin operating. Boards will also have to present a plan for concluding the matters in trial within the 120 days that follow the executive decree’s entry in force.

While the Local Courts and Conciliation Offices will have to begin operations in the following three years, the Federal Courts and Federal Office, regarding the conciliation function, will have to do so in the following four years after the decree is in force. The “Procuraduría del Trabajo” (Employment Public Prosecution) will temporarily keep its conciliatory faculties.

Collective Bargaining Agreements shall be revised at least once within the following four years, in accordance with the procedure established in the law amendment. The default in revising or complying with the requisites of communication and approval from the employees will cause the termination of the collective bargaining agreement. For consulting the employees regarding the agreement’s content, the Ministry of Labor shall establish a verification protocol within the three months that follow the decree’s entry in force.

The labor law amendment will take effect gradually. Those matters that have an impact on administrative and/or jurisdictional individual and collective proceeding will be subject to the functioning of the new conciliatory, registration and jurisdictional authorities, so the legal framework before the reform will continue being applicable. Nevertheless, it does incorporate dispositions that reinforce the compliance of the law, as well as the rights and obligations of the employees and employers in their employment relationships that will be claimable as of the entry in force of the executive decree.

The 2019 amendments to the Federal Labor Law in Mexico: Collective Bargaining Rights and Trade Unions

Announcing the 2021 Best Lawyers in Mexico