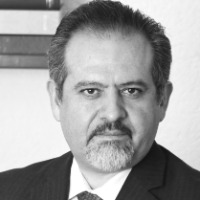 For Adrián Vázquez Benítez of Vázquez Tercero & Zepeda—Mexico’s 2019 “Law Firm of the Year” winner in trade law —the past year has been full of activity transforming the landscape of global trade, but the expertise of attorneys like Vázquez has provided the firm with continued success. In a conversation with Best Lawyers CEO Phillip Greer, Vázquez provides insight on the future of international trade, how international disputes regarding the WTO will affect its members, why the renegotiation of NAFTA is forcing Mexico to explore new avenues for trade, and the ways the firm has innovated internally to adapt to the modern world.

Are there any international policy changes that are affecting trade law at the moment?

Adrián Vázquez: I would say that there are basically two. One would be customs facilitation. As you know, the World Trade Organization recently implemented facilitation agreements, and that facilitation agreement is being adopted by several members. One of those members is Mexico. Although we have incorporated most of the obligations for trade facilitation, we haven't fully achieved it. Mexico was already considering an important amendment to the present law. In fact, not only an amendment to the present law, but an entirely new customs law. However, due to some changes at the Customs Administration Service, this project was suspended. Mexico needs to work on customs law reform in 2020 towards achieving the trade facilitation obligations of the World Trade Organization.

What trade law changes do you see coming in Mexico for the coming years? Is there anything else that stands out?

Well, of course, origin rules will be an issue. One of the basic issues during the NAFTA renegotiation process (today USMCA) was with respect to having more regional integration. There were many changes in particular products to make the product have a higher national content, especially with automobiles and auto parts.

Many of the first-tier or second-tier suppliers of the auto industry will have to make important changes to obtain the necessary origin status in order for auto companies to purchase from them. And of course, there are also changes regarding labor issues. The goal was to increase wages in Mexico. This is related to trade because there is a wage content in the rules of origin, especially for automobiles, and by increasing wages in Mexico this becomes achievable. So this will be an important issue to look at throughout 2020.

What are some of the biggest impacts of the USMCA on trade law in Mexico?

However, what I can say is that, at the end of the day, having the certainty that we have already reached an agreement with the US and Canada is a guarantor of the operations that have already been in place under NAFTA. So, the USMCA means that we still have NAFTA for the rest of 2019 and therefore that's a positive implication already of the USMCA in Mexico.

As you know, one of the main criticisms of Mexico's trade policies has been that we've mostly been concentrated in the U.S. Over 80 percent of our import/export trade is with the U.S. We have moved towards Europe, but not as much as we should. The Comprehensive and Progressive Agreement for the Trans-Pacific Partnership (CPTPP) aims at opening and diversifying exports for Mexico, especially by decreasing our reliance on the U.S.

So the key will be making this beneficial. It's not easy because countries like Australia or New Zealand are very far and it's difficult to diversify your exports when you have to try to reach so far. But that's what we will try to do with the CPTPP, open new markets.

As you know, one of the main criticisms of Mexico's trade policies has been that we've mostly been concentrated in the U.S. Over 80 percent of our import/export trade is with the U.S. We have moved towards Europe, but not as much as we should. The Comprehensive and Progressive Agreement for Trans-Pacific Partnership (CPTPP) aims at opening and diversifying exports for Mexico, especially by decreasing our reliance on the U.S.

One of the services you advertise is conducting economic and statistical studies. How does this service help you stand out from other trade law firms and how does this firm go about conducting these types of studies?

That's a good question. We are a law firm, but we have economists, accountants, and other professionals, too. This is not common, I would say, in other law firms, in which they typically have to go outside in the market and retain economists to help them with a specific economic study for a case. We do not have to go outside for this effort because we keep databases and we use a lot of data needed to perform these studies.

So, we have this experience in interpreting the economic impacts, economic factors, the trends, the statistical trends of imports/exports for that industry, and so on. When I say industries, I'm not referring to one company. I'm talking about a group of companies that come from a particular industry. So we handle, for instance, trade-remedy cases. At the end of the day, you represent an industry, either a domestic industry, or a Chinese industry, or a U.S. industry, or a European industry–not only one company, but companies composing the whole industry.

So you have to understand the industry that you are representing, and for that, you have to obtain all the economic and statistical data necessary to defend their interests. And that's why we offer these services, because sometimes there is a company trying to access the domestic market in Mexico and they ask us, "Can you make us a study of who our competitors are? What is the volume and value of importation or the volume and value of production? Inventories? Capacity, utilized capacity?", etcetera, etcetera. And we have that information because that's mostly what we do. We represent industries, and of course, we have the economists to interpret that information.

Are there any other aspects of the firm that are you particularly proud of?

Well, I'm particularly proud at being able to open very small offices throughout Mexico. Around ten years ago, our only office was in Mexico City. But seven years ago we opened our first office in Guadalajara (the Mexican Silicon Valley). And now we have very small offices in León, which is an automobile hub in Guanajuato State. When I say small, I mean one or two people at the most in each office. We also have offices in places like Monterrey, Tijuana, Reynosa, and Matamoros. All these offices that we've opened in the past years are meant to attend maquiladora companies.

Maquiladora companies are companies that import materials on a temporal basis. They produce, transform, and export the finished products abroad. They are wholly owned by foreign companies, mostly US companies, of course, and consequently don't have assets in Mexico because everything is the property of the foreign company. Because of this, they are only a cost center to produce in Mexico, transform materials, and export them. There are over 3,000 maquiladora companies in Mexico doing these types of operations, and these types of operations raise issues with production, of course, and customs and tax compliance issues.

By opening these offices, we've obtained many maquiladora clients that would otherwise not go to a law firm in Mexico City because it is far away. They need someone to be there with them, for them, all the time.

Announcing the 2021 Best Lawyers in Mexico

The 2019 amendments to the Federal Labor Law in Mexico: Collective Bargaining Rights and Trade Unions

Announcing the 2022 Best Lawyers in Colombia™

Announcing the 2022 Best Lawyers™ in Switzerland

Announcing the 2022 Best Lawyers™ in Austria

Announcing the 2021 Best Lawyers in Portugal

Portugal Is Legislating Its Way to a Fairer Workplace

What the Seller-Friendly Market Means for Private Equity

An Interview With Vitaly Mozharowski of Bryan Cave Leighton Paisner

An Interview With Cornelia Thaler of Clifford Chance Deutschland

Thomas Thalhofer of Noerr on the Future of German IT Law

An Interview With Norbert Rieger of Milbank, Tweed, Hadley & McCloy

An Interview With Jan Bernd Nordemann of Boehmert & Boehmert, Winner of the 2019 "Law Firm of the Year" Award for Intellectual Property Law in Germany

An Interview With Walter Uebelhoer of Allen & Overy, 2019 "Law Firm of the Year" Award-Winner for Banking Law in Germany

Q&A with Rogério Miranda of SVMFA