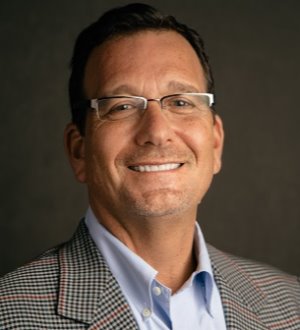 Usually anniversaries tend to make us slow down and look back.  For us at Oppenheim Law, the anniversary of the start of the Great-Recession of 2008 has been an opportunity to look back, appreciate what we have learned and set new goals for years to come.  There are some anniversaries that make you ponder more than others: the first, the fifth, the tenth.  In fact, in December 2009 we did our first retrospective post called “Oppenheim Law Looks Back at “The Year of Foreclosure” + Ahead to Florida Foreclosure Defense in 2010”.  That post was created to mark our first year of defending borrowers in a very unsettling economy (that would ultimately be defined as the biggest economic collapse of our time).

Back then, we candidly shared what we at Oppenheim Law had managed to do for homeowners trying to fight back against the faceless banks, and how, during the relatively short period of one year, the Recession (some still say it was a depression here in South Florida) had transformed not only the economic arena, but the legal and social fabric of our community. We looked at how foreclosure defense then got a “facelift” and became a respected area of litigation that championed the rights of homeowners struggling to fight the banks’ unethical attempt  to foreclose overlooking basic legal and procedural rules, sometimes with the court’s acquiescence.

Most importantly, we alerted our readers about the real long-lasting consequences that the foreclosure crisis would have in our lives. I used the following quote “the “new normal” has arrived and “Dorothy: We are no longer in Kansas. No matter how much you want to go home,” I think the quote is still applicable ten years later.

Now, on the tenth anniversary of the start of the Great Recession and with the knowledge gained in these past years, it is time for us to ask ourselves as we did in 2009:  what are the consequences of the Great Recession? what has not changed ten years later? and who was to blame for the collapse?  The answer to those questions will be the topic of my next series of posts.

From my experience in the foreclosure territory, these are the long-lasting effects of the Great Recession:

More households are headed by renters than at any point since at least 1965.  In fact, currently at least two-thirds of households headed by young-adults are rentals

The preference of renting v. owning residential property extends to all age groups; however, it is predominant in households headed by people younger than forty.  Young adults or “Millennials”, which is the generational group creating new households, are less likely to buy a house for several reasons, which leads to our next point.

Millennials, who are now active participants in the market, but were kids at the time of the Great Recession, behave differently compared to their parents and “share part of the blame in the weak economic recovery” after the crisis.

Many studies have been conducted about this topic, mainly trying to overcome the failure of traditional marketing strategies on this generational group.  For instance, Forbes reported that in general, Millennials do not trust traditional media, want to participate and be heard in the development of new products and services, are tired of corporate greed, are bigger savers and are less likely to get into real estate debt. All that because they are still recovering from the psychological damage caused by the financial crisis.  Add to the equation that as a generation, Millennials have a crushing amount of student debt which prevents them from acquiring real estate, even if they wanted to, either, because they cannot qualify for financing, or, because they cannot save enough money for a down payment.

The result of these new trends is a high demand on rentals that has created some new participants in the real estate market. A new class of investors that compete, and most of the time wins, against first-time buyers to get affordable properties and financing.  Young adults and first-time home buyers are getting “trapped” renting as there are not enough affordable homes in the market.  Also, arguably, providing funding for  the purchase of homes is no longer a priority for the government, instead the focus is on changing the housing market by institutionalizing new investment opportunities. For instance, Invitation Homes by Blackstone Group is an examples of Wall Street’s renewed love for residential properties, this time for rentals. The Atlantic newspaper featured an article that reports how this works. Stephen Schwarzman, owner of Blackstone Group, created Invitation Homes to buy and rent out single-family homes in some of the areas hardest hit by the burst of the real estate bubble of 2008.  The idea behind the venture is to “tap” into the growing market of families that do not qualify for financing or cannot afford to buy a house.  Wonder why these families cannot afford to buy a house?  Hint: Wall Street + mortgage fraud.  Anyway, the government is aiding Invitation Homes, Hyperion Homes, owned by Lewis Ranieri and William Young (the “Godfather of mortgage-backed securities” and a former mortgage banker) and many other of this kind of ventures by backing their multi-billion-dollar debts trough different agencies, including Fannie Mae, because these investors are “helping” to solve the shortage of affordable housing. To me this may appear to be double dipping: you created the problem and now are going to take profits from the solution?

Due to the unprecedented government bailout, big banks were strengthened, and smaller banks consolidated into larger entities. Therefore, if the banks were to fail, the effects of another recession could be even more devastating than what we saw in 2008, and even if the economy remains stable, having smaller banks that have moderate power and invest in their communities is healthier for the economy and for society.

Because of the overflow of foreclosure cases during the Recession, homeowners stayed in their homes on average for 2-3 years without making mortgage payments while their cases where pending.  Now foreclosure courts are better staffed and have less cases to handle; therefore, it takes usually approximately 18 months for the case to finalize. Most importantly, now that the frenzy has decreased, some courts are more careful examining the validity of legal arguments and procedures.

Routine real estate closings are far from routine. Commonly delays occur due to the banks’ refusal to give a green light to loans. That slow-down has also impacted Realtors. Buying a home became a marathon, with banks requiring substantial amounts of information and moving extremely slowly in the approval process. Some folks say that they would rather go to a proctologist appointment than try to qualify for a mortgage. The joys of homeownership! Still, being a homeowner remains part of the fabric of the American Dream, and sadly this dream is becoming harder and harder to realize.

Another important observation of the economic crisis is the shrinkage of the middle class and the greater disparity between economic classes.  This issue could be of the greatest concern since it has been difficult for any modern capitalist democratic society to survive and truly thrive without a true robust and sustainable middle class.  Some observers have commented that once the middle class is gone, it is very difficult to reconstruct or regain it.  In addition, with the middle class shrinking, the bailout rewarded the “classes over the masses” by funneling billions of dollars to the banks and other financial institutions.  That is why we call them banksters in various previous blogs over the past decade.  I hate to say it, but we fully anticipated this outcome.

While the current economy is booming, according to the latest economic gauges and the unemployment reports, much of those benefits have not been equally distributed across the economy and have primarily benefitted higher wage earners and those that own assets such as stocks, real estate and their own businesses.

Further, the economic disparities have simultaneously caused further political tension and political extremism both within the Democratic and Republican parties, as Democrats have moved to the left, and the Republicans have moved further to the right.

According to the most recent report by the International Monetary Fund as big banks “continue to grow in size and complexity” and as Christina Lagarde, Managing Director of the IMF, explains, “There is one other important area that has not changed much, the area of culture values and ethics.”  Ms. Lagarde concurs with my long-held belief that the bankers “still put profits now over long-range prudence …” and therefore what is best for the customer and the nation.  After all it was the government and “we the people” who ultimately bailed the banks out of a crisis formed by their own doing.

In my next blog I will tell you what remains the same in the aftermath of the Great Recession.

About Roy:
He founded Oppenheim Law in 1989 with his wife Ellen Pilelsky and uniquely positioned the Firm as one of Florida’s leading boutique law firms in Weston, Florida. In addition, in 1994, he co-founded Weston Title & Escrow, the oldest title company in Weston, Florida, and he currently serves as its Vice President.

The K shaped Economy: The End to Mortgage Relief Programs and the Housing Boom

The Search for Affordable Homes