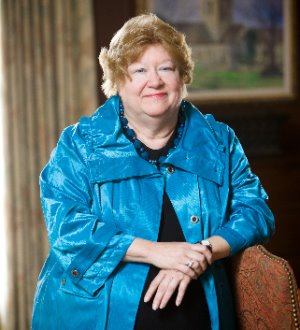 Capell & Howard P.C.
"Katherine Smit is an outstanding real estate lawyer. She does outstanding work in a timely fashion."
"Ms. Smith has handled many complicated issues for our firm over the years and has always handled our business in a very professional manner. We continue to call on her to handle our legal issues and are always pleased with our service."

Palmer Smith was admitted to the Alabama State Bar in 1973, after receiving a B.A. degree in Latin and History at Salem College and her J.D. from the University of Alabama. She served as a student instructor in legal research and writing, and was a member and secretary of the Moot Court Board. She also attended the William and Mary College of Law summer program in Exeter, England. After finishing law school, she pursued additional course work in an M.B.A. program at Auburn University at Montgomery. She is a native of Montgomery.

Palmer has practiced with the law firm of Capell & Howard, P.C. since 1976 almost exclusively in the area of commercial real estate. She routinely represents clients in the acquisition, development, financing, and sale of sites for offices, apartments, hotels, motels, planned unit developments, shopping centers, and timber and farm tracts. She has experience in a broad spectrum of other commercial projects, including toll bridges, golf courses, churches, condominiums, and work outs. She has also handled a number of acquisitions, financing, and partitions of very large timber tracts. She represents lenders in all types of commercial, medical and agricultural loans. She is the past president of both the County and State Bars’ Real Property Committees, is listed in The Best Lawyers in America, is a member of Dixie Land Title Association’s Governmental Affairs Committee, served on the Title Insurance Advisory Committee and serves as an adjunct professor at the Thomas Goode Jones School of Law.

In addition to the practice of law, Palmer has served on a number of civic boards, including the Alabama Dance Theatre, the Lighthouse, Regional Council on Alcohol, YMCA Youth Legislature, Junior League of Montgomery and St. Margaret’s Hospital Advisory Board where she served as president. She also served as the Regional Member of the National Public Issues Committee of the Associations of Junior Leagues of America and as such helped determine the position of this association on certain national issues for several years. She has been on the Board of the Montgomery Christian School and currently is serving as its President.

"Katherine Smit is an outstanding real estate lawyer. She does outstanding work in a timely fashion."

"Ms. Smith has handled many complicated issues for our firm over the years and has always handled our business in a very professional manner. We continue to call on her to handle our legal issues and are always pleased with our service."

Contact K. Palmer "Palmer" Smith
If you would like this lawyer to contact you directly in regards to a legal matter, please fill in the relative information below. The lawyer will then be sent your inquiry.
Your message was sent successfully!
Legal Disclaimer: Any information sent to Best Lawyers® or referred to a lawyer listed in Best Lawyers® via Internet e-mail or through the Best Lawyers® Web site is not secure and is done so on a non-confidential basis. Communication with Best Lawyers® or an Lawyer listed in Best Lawyers® via Internet e-mail through this site does not constitute or create a lawyer-client relationship. Best Lawyers® does not necessarily endorse, and is not responsible for, any third-party content that may be accessed through this website.
Add Comment
Your comment was saved successfully!
Thank you for your feedback.