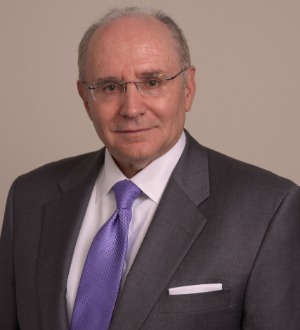 It is undeniable that the COVID-19 pandemic has had a significant and detrimental impact on the fiscal well- being of our local, state and federal government. Trillions of dollars in stimulus packages and huge budget deficits at all levels of government do not bode well for the future of the New York and Federal estate tax exemptions, which are respectively, $5.85 million dollars and $11.58 million dollars per person for the year 2020.

Large budget deficits will place significant pressure on the State of New York to cut back spending and raise revenues by every means possible including, reducing the estate tax exemption and increasing the estate tax rate.  Perhaps a harbinger of things to come is the new Millionaire’s tax being implemented in New Jersey on those making more than $1 million per year in income.

One of the reasons the New York Estate tax exemption was increased to $5.85 million per person was to be more competitive with the federal exemption and to prevent the affluent from leaving New York for tax friendly states; and states that do not have a state estate tax/death tax, such as Florida, North Carolina, Nevada, Arizona, Georgia, Colorado and others. That being said, it appears that COVID-19 and the increase of crime in urban areas may have already pushed the affluent to depart New York for these more friendly states. The ability to work remotely has also had a significant impact on the willingness of people to relocate.

If one does not properly plan for estate taxes in New York the tax impact can be devastating.  New York has an estate tax “cliff.”  If one’s estate passes to someone other than their spouse and is five percent greater than the New York Estate Tax exemption ($5.85 million) then the entire estate is taxable at the highest New York Estate tax rate of sixteen (16%) percent, not just the excess above the exemption.

Irrespective of what happens with the federal estate tax exemption, budgetary pressure may result in the New York exemption being reduced and the New York estate tax rate being increased.  2021 will definitely be an interesting year for taxation issues in New York.

With respect to the federal estate and gift tax exemption($11.58 million) per person for 2020 (if not made permanent by 12/31/2025 it drops to approximately $6 million per person) even before the pandemic struck and in anticipation of the 2020 Presidential election, two prominent Senate Democrats proposed legislation reducing the federal estate tax exemption to $3.5 million per person and lower.  Whether the exemption will remain at the present amount will hinge upon the results of the upcoming election.  President Trump has expressed his intention that the exemption remain at its current amount,  however, there is a concern among many estate planning attorneys and CPAs that a Vice President Biden victory with control of the house and senate could easily result in the exemption being reduced to $3.5 million or lower and that the tax rate will increase from the present forty percent to as high as sixty percent.

Although, Vice President Biden has not stated that he would do so, as part of the Biden-Sanders Unity Task Force, Biden has already expressed his priority to raise a variety of taxes on corporations and the affluent. The concern among many estate and gift tax authorities is that the pressure from the left wing of Biden’s party will make a decrease in the exemption amount and an increase in the tax rate almost inevitable.

Earlier this year the IRS announced that if one made taxable gifts in reliance on the existence of the current estate and gift tax exemption, and if said exemption is later reduced, then, in that event the IRS would not seek to “claw-back” into the calculation of the size of one’s taxable estate the amount gifted before the current exempt amount changed.

This in effect gives the green light to those wishing to reduce the size of their estate to make large taxable gifts before the federal exemption is scheduled to drop on January 1, 2026 or even earlier. When the above is taken into consideration with the potential for assets to be valued lower as a result of COVID’s impact and with interest rates being very low, the planning and gifting options are even more attractive.

Clearly taking advantage of the larger exemption before the election or before a new Congress is sworn in is the smartest way to reduce one’s taxable estate both for New York and Federal Estate tax purposes.  For the affluent this may be a classic case of “If you snooze, you lose!”

Is This an Opportune Time to Gift Your Commercial Real Estate Holdings for Estate and Gift Tax Planning Purposes?

Benefits of Captives: They Can Insure Against Pandemics