What Exactly is That Rule About Unpublished Decisions and Can’t We Cite Them Now?

What Exactly is That Rule About Unpublished Decisions and Can’t We Cite Them Now? 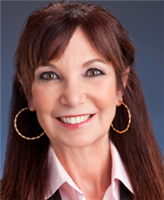 For writers of any legal briefs, there is hardly anything more frustrating than finally finding a case on point, in our jurisdiction, with a “correct” holding to support our argument, but unpublished.  More than 85% of the decisions in the 9th Circuit are unpublished.[i]   For the fiscal year 2017, in Division One of the Arizona Court of Appeals, a total of 621 civil cases were terminated, with only 69 (11%) by published opinion.[ii]

To briefly review the underpinnings of the discussion, based on Arizona Rules:  An opinion is a written disposition of a matter, intended for publication by an appellate court.   A memorandum decision is a written disposition of a matter not intended for publication.  An order is a disposition of a matter before the court other than by opinion or memorandum decision (for example, an order dismissing the appeal for lack of jurisdiction).   See Rule 111, Rules of the Supreme Court.   Arizona law requires a written opinion when the majority of the judges determine that it (1) establishes, alters, modifies or clarifies a rule of law, or (2) calls attention to a rule of law that appears to have been generally overlooked, or (3) criticizes existing law, or (4) involves a legal or factual issue of unique interest or substantial public importance.

This is what you need to remember:  Even after the rule change in 2015, memorandum decisions in Arizona are not precedent.   Memorandum decisions may be cited only under certain circumstances:  1) to establish claim preclusion, issue preclusion, or law of the case, (2) to assist the appellate court in deciding whether to issue a published opinion, grant a motion for reconsideration, or grant a petition for review, or (3) for persuasive value (not precedent).   Unpublished cases cited for persuasive value are subject to these additional qualifications: (1) only cases issued on or after January 1, 2015, (2) no opinion adequately addresses the issue before the court, and (3) the citation is not to a depublished opinion or a depublished portion of an opinion.

Judge Richard Arnold of the Eighth Circuit Court of Appeals wrote that failure to treat every decision as precedent creates “an underground body of law good for one place and time only.”  Anastasoff v. United States, 223 F.3d 898 (8th Cir. 2000), vacated by 235 F.3d 1054 (8th Cir. 2000) (rehearing en banc).  When Courts choose for themselves those “that they will follow in the future and those that they need not,” those Courts are saying to the bar: “We may have decided this question the opposite way yesterday, but this does not bind us today, and what’s more, you cannot even tell us what we did yesterday.”    Id. at 904.   Anastasoff was later reheard and vacated en banc.