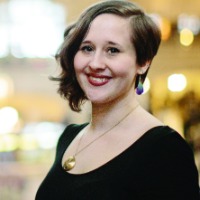 ► Becker & Poliakoff: Conrad J. Lazo (construction law; litigation – construction, 2009) weighed in on increasing costs in the Florida construction industry following Hurricane Irma to The News-Press. “I could see the justification for increasing the price of construction work right now,” he says. “The reality is contractors are passing their costs onto the consumer.”

► Florin Roebig: Wil H. Florin (medical malpractice law – plaintiffs), Neil P. O’Brien, and Luca G. Esposito are all representing Patrick and Amanda O’Keefe who filed a complaint that said KB Home Orlando LLC “failed to exercise standard care in the construction of their home,” according to the Florida Record.

► Peterson & Myers: Robert E. Puterbaugh (commercial litigation, 2006) is representing Lakeland business Taste Advantage and its parent company Natural Advantage after they were investigated by the Drug Enforcement Agency in a case that involved a chemical supply company. Later in the year, on a recent Friday afternoon, a chemical explosion left a hole in the roof of an industrial warehouse next door to the Lakeland Linder Regional Airport. Three employees were treated at Tampa General Hospital and Lakeland Regional Health Medical Center for minor burns, and others were treated onsite for chemical exposure.

► Fergeson Skipper: Richard R. Gans (business organizations [including LLCs and partnerships]; trusts and estates, 2010) was a speaker at the Sarasota County Bar Association’s Estate Planning and Probate Section’s course where the topic was “Elective Share Legislation.”

Case against Father and Son Swindling Australian Couple Has Been Dropped

The father and son were arrested in June 2016 on allegations that they had befriended Alexson and Nancy Rocha and convinced them to invest $200,000 in Kyle’s construction company, Capital Bay Construction. The Osborne’s have repaid the $200,000, which is what led prosecutors to drop the criminal charges against them.

The two pairs met in 2011, and the Rochas gave the investment money in 2013 with the intention of funding new construction projects. The Rochas also used this investment agreement to work with Kyle in running the construction business and to seek E2 visas.

After moving to Lakeland, they had little contact with the Osbornes and were told there wasn’t enough work to cut paychecks.

It was found that Kyle moved the $200,000 to several bank accounts and purchased 5,000 shares of Publix stock, which he later sold, as well as new construction equipment and a new home. His construction company brought in $800,000 between September 2014 and October 2015 due to the Rochas’ investment capital.

“I’m grateful to the State Attorney’s Office for getting to the bottom of this and concluding there was no crime,” Foster said. “Kyle is looking forward to getting on with his life and putting this most unfortunate episode behind him.”

Before the charges were dropped, the Osbornes could have faced up to 30 years in prison on charges of scheme to defraud, grand theft, and fraudulent sale of , and Kyle also faced charges for money laundering.

In the News: Connecticut

In the News: Texas