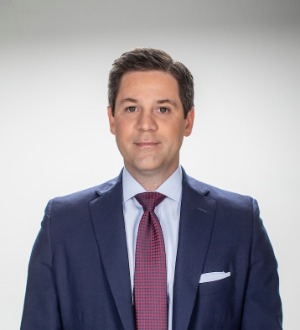 Speaking objections can occur during direct and cross examination, often taking the following form: the lawyer says “Objection,” followed by a tirade about the question, the questioner, any part of the lawsuit, or a personal opinion about the case. On cross examination, the opposing lawyer may purport to object to a question to coach the witness.  “Objection, if he knows.”  The inevitable response from the witness:  “I don’t know.” On direct examination, frustrated counsel may try to interrupt trial to make a mini-closing argument. “Objection, this document should not be relied upon because the court should not consider the contents due to way it was prepared. Also, this witness isn’t even telling the truth so the court should not give this any weight.”

A common misconception is that when an objection is made, the non-objecting lawyer has an automatic right to respond to the objection. Concerning objections, Okla. Stat. tit. 12 § 2104 says,

A. Error may not be predicated upon a ruling which admits or excludes evidence unless a substantial right of a party is affected, and:

Although objections are often immediately followed by frantic argument by non-objecting counsel in support of what he or she was trying to accomplish, there is no authority supporting a response. Often, unsolicited argument in response to an objection contains as much evil as a speaking objection.

Unless dealt with appropriately, speaking objections and improper responses to objections can improperly influence testimony and the outcome of trial. Fortunately, there are several tools available to us to combat this behavior. The following techniques are progressive methods for dealing with speaking objections.

When available, review transcripts from opposing counsel’s other trials and depositions. Bad behavior by opposing counsel in other cases or at deposition in the case at issue puts us on notice that speaking objections may be a problem in trial. A pretrial motion helps bring the issue to the Court’s attention. In addition to the statute concerning objections and Brewer, supra, other authorities support a pretrial ruling prohibiting speaking objections include Damaj v. Farmers Ins. Co., Inc., 164 F.R.D. 559 (1995) and Rule 8 of Federal Judge Claire Eagan’s trial rules. These authorities, combined with a transcript showing counsel’s tendencies, strongly support a pretrial ruling against speaking objections at trial. The requested relief may include a proposed order that the objecting lawyer may only state “Objection” and nothing more until the witness is allowed to leave the room, whereupon the objecting lawyer may state whatever he wants for as long as needed. While the judge may take such a motion under advisement or even overrule the motion at the pretrial stage, the effect of raising the issue early with supporting legal authority makes us more persuasive when battling speaking objections during trial.

The final, drastic measure is exercising the nuclear option, a weapon of last resort after all the foregoing tools have been used. The nuclear option for dealing with speaking objections is to interrupt each speaking objection and loudly start talking over counsel. “Your Honor, I object.  This is an improper Speaking Objection and it is taking away trial time.  Counsel has done this several times and should be admonished . . .” One may expose the lack of an evidentiary basis for an objection with the following remark: “Would counsel please state the rule upon which he bases his objection?” The nuclear option is extremely disruptive, and it should only be employed if opposing counsel’s speaking objections are influencing the outcome of trial.

Credibility is everything at trial. A calculated approach for addressing speaking objections can enhance our credibility with the Court while neutralizing our opponent’s bad behavior. Like many aspects of trial practice, the exercise of discretion is key. The nuclear option is not necessary if simple diplomacy will resolve the issue. “If you bite and devour each other, watch out or you will be destroyed by each other.”  Galatians 5:15 (NIV)

The Next Generation of Family Law