The unrealistic expectation to “govern yourself accordingly” in the new digital age of snap judgements. 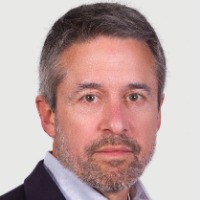 "This is an atrocity. An absolutely despicable act of…of…of barbarism.”

Three clicks later, I was staring at an increasingly familiar sight: an over-the-top demand letter displayed in the last place you’d want it displayed and concluding with the three dumbest words in this social media era: “Govern yourself accordingly.”

My caller was general counsel of a large corporation. He’d sent that demand letter to a website devoted to criticism of his corporation’s products. Back in the good old days, the recipient of such a letter might have given it to his lawyer. But this was the 21st century, aka the brave (and scary) new world of social media. Therefore the recipient did indeed “govern himself accordingly,” namely, he posted it on his website, uploaded it to his company’s Facebook page, and tweeted it out to his followers.

Within 48 hours, the general counsel and his company had gone viral in the worst possible way—as targets of angry retweets, Facebook bombs, and scornful posts. I had the challenge of explaining why there was little he could do beyond learning from the experience.

He is hardly the first to discover that an over-the-top demand letter, especially when aimed at a small business, risks toxic blowback in the form of Internet “social shaming,” especially via the publicity landmines of Facebook and Twitter. Take, for example, Hansen Beverage Company, the maker of Monster energy drinks. Hansen sent a cease-and-desist to Rock Art Brewery, a small brewery in Vermont, demanding that it stop using Vermonster as the name of its barley wine. Rock Art’s response was to launch a social media war that included the creation of the Twitter hashtag. #MonsterBoycott. The result? Next time you’re in Vermont, be sure to enjoy a tall glass of Vermonster.1

So what’s the lesson? Although cease-and-desist letters remain an important tool for resolving issues without litigation, in this era of social media, they are a tool that must be used carefully. Sometimes a sledgehammer is appropriate, but often a velvet glove does wonders.

My favorite velvet glove was donned by Jack Daniel’s trademark attorney Christy Susman, who sent a letter to the author of a book whose cover art featured a striking resemblance to the label for Jack Daniel’s Tennessee Whiskey. She wrote:

“We are certainly flattered by your affection for the brand, but while we can appreciate the pop culture appeal of Jack Daniel’s, we also have to be diligent to ensure that the Jack Daniel’s trademarks are used correctly. Given the brand’s popularity, it will probably come as no surprise that we come across designs like this on a regular basis. What may not be so apparent, however, is that if we allow uses like this one, we run the very real risk that our trademark will be weakened. As a fan of the brand, I’m sure that is not something you intended or would want to see happen.”

Her demand stated, “[B]ecause you are both a Louisville ‘neighbor’ and a fan of the brand, we simply request that you change the cover design when the book is re-printed. If you would be willing to change the design sooner than that (including on the digital version), we would be willing to contribute a reasonable amount towards the costs of doing so.”

Her letter also went viral, but in the best possible way, garnering praise for Jack Daniel’s from every realm of social media and generating several positive stories in the press, including The Atlantic and Forbes.2

But lest we forget, as Ecclesiastes reminded us centuries ago, “what has been done will be done again; there is nothing new under the sun.” And thus my favorite social shaming letter went viral long before the invention of the Internet and remains a good lesson about the risks of trademark bullying.

The year was 1945. Warner Bros. learned that the Marx Brothers were planning to release a feature-length spoof of the motion picture Casablanca. The spoof would be titled A Night in Casablanca and feature a lead character named Humphrey Bogus.

The studio’s legal department sprang into action with a demand letter to the Marx Brothers. Groucho Marx, spotting a golden opportunity for free publicity, responded with a letter to the Warner Bros. that he leaked to the press. That famous letter opens:

“Apparently there is more than one way of conquering a city and holding it as your own. For example, up to the time that we contemplated making a picture, I had no idea that the City of Casablanca belonged exclusively to Warner Brothers.

However, it was only a few days after our announcement appeared that we received a long, ominous legal document, warning us not to use the name ‘Casablanca.’

It seems that in 1471, Ferdinand Balboa Warner, the great-great grandfather of Harry and Jack, while looking for a short cut to the city of Burbank, had stumbled on the shores of Africa and, raising his alpenstock, which he later turned in for a hundred shares of common, named it Casablanca.

I just don’t understand your attitude. Even if they plan on re-releasing the picture, I am sure that the average movie fan could learn to distinguish between Ingrid Bergman and Harpo. I don’t know whether I could, but I certainly would like to try."

And it only gets better. You can find the entire letter on the Internet.3 Read it, chuckle, absorb its lesson, and “govern yourself accordingly.”

1 The Vermonster tale is compliments of Michael Kahn’s colleague Drey Cooley, who includes it in his excellent article “Avoid Becoming a Trademark Bully: The Art of Writing Cease and Desist Letters,” published in the Journal of the Missouri Bar (June 2016) and available at http://www.mobar.org/journal/mayjune2016/trademark.htm
2 Links to the Atlantic story: https://www.theatlantic.com/technology/archive/2012/07/this-cease-and-desist-letter-should-be-the-model-for-every-cease-and-desist-letter/260170/ and the Forbes story: https://www.forbes.com/sites/avidan/2012/07/26/the-worlds-nicest-cease-and-desist-letter-ever-goes-viral-sells-books/#61afb5656c11.
3 One of the many sites where the full letter is available: http://www.lettersofnote.com/2011/02/i-had-no-idea-that-city-of-casablanca.html.

Yes, You CAN Trademark Cannabis Products and Services in Maryland