Amid Covid-19 economic uncertainty, Congress has continued to tinker with the Small Business Reorganization Act. How will the reworked law change bankruptcy preference litigation? 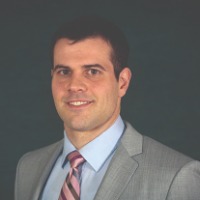 At the time, most lawyers—and even many serious bankruptcy practitioners—had not yet learned the exact contours of the SBRA. Congress, apparently realizing the excruciating relevance of small-business reorganizations at that particular moment, decided to go back and tweak the law further. Many are still watching to see how this new body of bankruptcy law will look in practice. Let’s take a look at the particular amendments to the law of bankruptcy preferences, and how we can expect preference litigation to change as a result.

The SBRA amended the provisions governing preference actions in two significant ways. The first change was procedural: Under the prior iteration of the law, the debtor or trustee could file these suits in what was, in essence, their home jurisdiction, unless the amount of the transfer was less than $13,650. The SBRA raised the threshold for non-insider defendants from $13,650 to $25,000 so that claims under $25,000 must generally be filed in the district in which the defendant resides.

This might seem like a small adjustment, but it could in many instances tilt the playing field strongly in the creditor’s favor. It costs the debtor or trustee very little to generate yet another preference complaint in its home jurisdiction when it’s already planning to file tens or hundreds of suits there. Requiring the trustee to retain local counsel and file in another jurisdiction, with respect to a relatively small claim, will in some cases render litigation undesirable or even cost-prohibitive. Many of these cases simply will not be filed—which is, for the most part, good news for creditors.

Second, Congress amended Section 547 of the law, and the effects of that change are more difficult to predict. The new law requires that a trustee or debtor must exercise reasonable due diligence and must “take into account a party’s known or reasonably knowable affirmative defenses” before filing any preference lawsuit. It is unclear how this requirement will be applied, but it will likely be used by preference defendants to create leverage.

One could argue that this requirement is surplusage because a reasonable pre-suit inquiry was already part of a debtor or trustee’s duties in filing suit. Federal Rule of Bankruptcy Procedure 9011 incorporates Rule 11 of the Federal Rules of Civil Procedure, which requires that any attorney filing a pleading must have conducted an inquiry reasonable under the circumstances and concluded that the claims and defenses are warranted by both fact and law.

There are numerous pre-SBRA cases in which preference defendants alleged that trustees wrongly or maliciously filed preference actions. Bankruptcy courts have most often deferred to the trustees’ judgment in these controversies. One conceivable way in which the SBRA amendment could change the calculus is the requirement to inquire into defenses. Interestingly, the aforementioned Rule 9011 requires counsel to conduct a reasonable inquiry into the claims made in the complaint, both in law and in fact. It does not expressly require counsel to examine the merit of affirmative defenses that a defendant may assert. Indeed, some bankruptcy courts specifically adopted this view under the pre-SBRA law, in one case holding “the mere fact . . . that a plaintiff is aware that an affirmative defense may be asserted does not require it to make a pre-filing investigation into the merits of the defense.” Indeed, the law’s Subsection 547(g) gives statutory footing to this interpretation by allocating the burden of proof on the elements of the claim to the plaintiff, and the burden of proof on affirmative defenses to the defendant. The SBRA amendments to Section 547 make it clear that a debtor or trustee must take into account the preference defendant’s known (or reasonably knowable) defenses prior to filing suit.

Like the procedural change, this requirement could impose costs on debtors and trustees for filing preference actions. Debtors and trustees were already incentivized to conduct due diligence on preference claims because filing an unwarranted claim would, at the very least, waste estate resources on a filing fee, and at worst expose the estate and counsel to sanctions. To those who, at their peril, ignored the significance of affirmative defenses, this requirement adds another layer of due diligence. Some time and resources must be devoted to analyzing affirmative defenses before filing suit.

The next question is what consequences will arise for failure to reasonably investigate affirmative defenses. Rule 9011 sanctions remain on the menu. Inevitably there will be a case in which a preference defendant asserts a counterclaim against the debtor or trustee for breach of this statutory duty to conduct a pre-suit investigation. There is no language in the statute that clearly allows a preference defendant to use this issue offensively—but context, legislative history, and other factors could certainly be used to weaponize it in that fashion.

Finally, while these changes were made in connection with the SBRA, it’s important to note that they are not limited to preference claims arising from small-business cases. They apply in preference cases arising under all chapters of the code.