The accord could affect the economic and social circumstances of farmers, ranchers, and small town residents whose lives are connected with the large deposits of fossil fuels in North Dakota, Montana, and Wyoming. 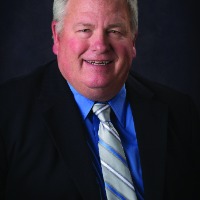 For the rural residents of the upper Great Plains in the U.S., it is ironic that negotiations on the Paris Climate Accord (or Treaty) emphasized financial and other assistance to developing or poorer nations.

While various factors, including lifestyle, make the U.S. the world’s second largest carbon emitter, the accord could affect the economic and social circumstances of farmers, ranchers, and small town residents whose lives are connected with the large deposits of fossil fuels in North Dakota, Montana, and Wyoming.

North Dakota is the second largest crude oil producer in the U.S., with about one-fifth of the nation’s 100 largest oil fields. The single largest known deposit in the world of lignite coal is also found there. Wyoming also produces large amounts of coal, natural gas, and crude oil. It has more producing federal oil and natural gas leases than any other state. Montana is similar, with an estimated one-fourth of the U.S. coal reserves and major deposits of crude oil and natural gas. In these states, the direct and indirect economic benefits generated by production of fossil fuels is immediately felt, as are the negative impacts of scaling back.

Nevertheless, even with this demonstrable interest in any regime that could influence coal, oil, and gas production (as well as renewable resources, in which these same states are quite active), exiting the received a welcome but mostly muted reaction. The global market is the most relevant influence, for example, supported by large energy companies that support the accord for purposes of strategic predictability. Conceivably, a consistent and sustained message of accord non-participation could be felt in the global market, and in turn, impact production in the coal and oil fields of Montana, North Dakota, and Wyoming.