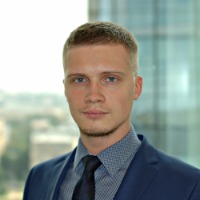 Russia continues to play an important role in the world as the sixth largest economy (GBP purchasing power parity). Russian authorities manifest their commitment to modernization of the economy and making it more attractive for investors from all over the world. The key instrument thereof is changing the economy’s structure through the legislation and making the economy more transparent, easy-to-use, and friendly to business. As the recent developments in the legislation appear to follow this regulatory trend we dedicate this article to review the most important of the recently made legislative amendments.

One of the key changes in the business legislation is the modification of the related-party transactions’ procedure approved in limited liability companies and joint stock companies.

According to the new legislation, there is no need to approve every related-party transaction. The approval is only required if it is requested by a member of the supervisory board, a member of the executive board, a CEO, or a 1 percent shareholder.

The new legislation introduced the notion of a controlling person—a person who owns 50 percent or is entitled to appoint a CEO or a half of the executive board/supervisory board, whereas before the amendment the threshold of control was 20 percent. The new legislation also introduced amendments to the approval of the major transactions. As per the amendments, the approval of the major transactions is only required if such transactions go beyond the ordinary course of the company’s business and at the same time value of the transaction exceeds 25 percent of the company’s balance sheet asset. The novel is that not only the balance value of the assets is considered but also the selling price: the threshold can be triggered either by the balance value or by selling price depending on whichever of them is higher. The new amendments to the legislation have eased the regulatory pressure as a considerable number of transactions no longer require a preliminary approval.

The other significant legislative measure is the modernization and merger of the two real estate registers—the Register of Real Property Titles and Transactions and the Cadaster Register—into one real estate register: the Unified State Register of Real Property (EGRN). Since 2017, an applicant can register its real property within seven business days (instead of 10) or apply for cadastral records that will be made within five business days (instead of 10). An applicant can also file its application with any EGRN office, irrespective of the region of Russia the real property is located in. The companies that have many premises all over the country and are headquartered, for instance, in Moscow will appreciate these changes.

The most important case of the year is the Supreme Court ruling on challenging corporate decisions by a beneficiary owner (No. А40-104595/14 and А40-95372/14). In this case, the Supreme Court confirmed that a person, who can claim to challenge decisions of shareholders’ meetings and disposals of assets, might be not only the company’s direct but also a beneficiary; i.e., a person who ultimately controls the company through a chain of legal entities, including offshores.

Anton Novoseltsev is a senior associate in corporate and M&A practice at Lidings. He has an extensive experience in advising Russian and international companies across a wide range of corporate and commercial issues, establishment of joint ventures, corporate reorganization, and providing thorough legal support of investment projects in Russia.

Greece 2.0 seeks to transform the economy

Greece: The Greek economy stood strong despite the pandemic