2017-09-05 2017-09-05 Introducing significant changes in the legal regulation of foreign investment in the Russian Federation. Best Lawyers

Introducing significant changes in the legal regulation of foreign investment in the Russian Federation. 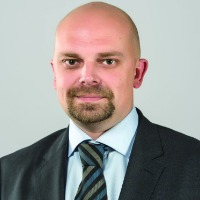 In July 2017, President Putin signed two federal laws, No. 155-FZ and No. 165-FZ, introducing significant changes in the legal regulation of foreign investment in the Russian Federation, aiming to implement the policy of “de-offshorization” of the national economy and strengthening state control over transactions with respect to Russian “strategic” companies.

• Law No. 155-FZ introduces amendments to federal law “on of state and municipal property” and federal law “on procedures for foreign investment in business entities of strategic significance for national defense and state security” (the Strategic Investment Law).

First, the amendments stipulate that offshore companies incorporated in a state that on the “list of states and territories providing preferential tax treatment and/or not requiring disclosure of information when conducting financial transactions” (the list) can no longer purchase state or municipal property that is being privatized in Russia. The list is approved by the Russian Ministry of Finance and currently includes, inter alia, such states and territories as Andorra, the Bahamas, the British Virgin Islands, the Cayman Islands, Gibraltar, Guernsey, Hong Kong, Jersey, Liechtenstein, Macau, the Isle of Man, Monaco, the United Arab Emirates, Panama, San Marino, and some other jurisdictions.

Second, according to the amendments, neither offshore companies companies under their control (including those incorporated in Russia) can make transactions or take other actions resulting in their establishment of control over so-called Russian “strategic business entities”1 and/or acquisition of fixed production assets of strategic business entities constituting 25 percent or more of the book value of their assets. Moreover, offshore companies and the entities under their control shall now obtain prior approval by the special Russian Government Commission for Control over Foreign Investment (the commission) for their transactions to acquire the right to exercise, directly or indirectly, more than 25 percent of the total number of voting shares of strategic business entities or the right to block decisions of their governing management bodies. And for the strategic business entities engaged in study and/or exploration and mining of mineral deposits of federal significance in Russia, this threshold is even less (5 percent).

Given that the term “control” is defined rather broadly in applicable Russian legislation, the amendments introduced by Law No. 155-FZ will apparently lead to the ban on a number of investment transactions in Russia involving not only offshore companies themselves, but also onshore companies under their control. The ban may also be interpreted as applicable to cases where offshore companies are just links in the chain of ownership within the group structure.

• Law No. 165-FZ introduces amendments to federal law “on foreign investment in the Russian Federation” and the Strategic Investment Law.

It is worth mentioning that the amendments made by Law No. 165-FZ also introduce a new kind of liability for foreign investors’ failure to report their holding or acquisition of 5 percent or more of shares in strategic business entities as required by the Strategic Investment Law. In addition to the already existing fines, such a violation will result in the prohibition of a foreign investor to exercise their right to vote at a general meeting of shareholders of the strategic business entity a court until the foreign investor duly fulfills the reporting requirement.

In light of the above-mentioned legislative changes, it becomes important to more carefully prepare and structure acquisition and investment transactions in Russia—especially if there are links to offshore companies.

1 As per the Strategic Investment Law, a “strategic business entity” is a company engaged, or permitted to be engaged, in one or several activities that are deemed strategic sectors of in Russia. The list of such activities is quite extensive (more than 40 items) and includes, inter alia, subsoil use, mining exploration, nuclear energy, space and aviation, data encryption, TV broadcasting, etc.