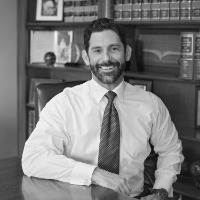 The Court reasoned that: “The failing of the statute is that it purports to limit recovery for pain and suffering in cases where the plaintiff survives the injury-causing event, while persons who die from the injury-causing event face no such limitation. See Okla.Const. art. 23, §7 (‘The right of action to recover damages for injuries resulting in death shall never be abrogated, and the amount recoverable shall not be subject to any statutory limitation…..’).” Id., ¶7.

By striking down this statute, employers in Oklahoma can now expect to be required to pay heavy damages when a third party or worker of a different employer is severy injured, as the Court concluded that: “By forbidding limits on recovery for injuries resulting in death, the people have left it to juries to determine the amount of compensation for pain and suffering in such cases, and no good reason exists for the Legislature to provide a different rule for the same detriment simply because the victim survives the harm-causing event. And the people have demonstrated their intent that the Legislature not discriminate in this way by expressly prohibiting the Legislature from enacting special laws.” Id., ¶10.

The statute discriminated against the most severely injured – those with devastating and enduring pain.

The Abel Law Firm of Oklahoma City represented Todd Beason and his wife Dara in the case. In March 2012, Todd, age 34, was working on a Texas oil rig when a boom from a crane fell and hit him on his left side, causing a brachial plexus injury in which nerves from his left arm and chest area were torn away from the spinal cord. An unsuccessful surgery to graft or transfer nerves led to two amputations of the left arm because the "dead weight" was further damaging Todd's shoulder. He now has prosthetics for his left arm.

He sued the crane operator’s employer in Oklahoma County District Court. After a 7-day trial in 2015, the jury awarded $9 million in economic and $5 million in noneconomic damages to Todd and $1 million to Dara. The trial judge applied 23 O.S. §61.2, finding since the jury did not find the defendant acted with reckless disregard, noneconomic damages were to be capped, bringing the total judgment to $9,700,000.

Over the objection of the plaintiffs, but pursuant to the statute, the jury was not informed of the consequences of their allocation of damages as economic and noneconomic. The jurors were both shocked and angry when they learned their evaluations were reduced.

The Beasons appealed the decision, and with the help of Robert S. Peck of the Center for Constitutional Litigation and Rex Travis, Paul Kouri and Simone Gosnell Fulmer of Oklahoma City for amicus curiae, Oklahoma Association for Justice, presented several arguments for the unconstitutionality of the law, including violation of the right to trial by jury, the prohibition of special verdicts, equal access to the courts, separation of powers, and special law. The defense was joined by the Oklahoma Attorney General and amici American Tort Reform Association, NFIB Small Business Legal Center, and Coalition for Litigation Justice, Inc.; Oklahoma Association of Defense Counsel; Oklahoma State Chamber of Commerce and Industry, Inc.; and Chamber of Commerce of the United States of America.

The Oklahoma Legislature, in limiting damages when the defendant’s conduct was not considered reckless, was conflating noneconomic damages with punitive damages. As defined in the statute, they include: “… damages for pain and suffering, loss of society, consortium, companionship, care, assistance, attention, protection, advice, guidance, counsel, instruction, training, education, disfigurement, mental anguish and any other intangible loss …” 23 O.S. §61.2(H). Those are real losses to real people. The statute discriminated against the most severely injured – those with devastating and enduring pain.

The Beason Court stressed that the culpability of the tortfeasor is irrelevant to the pain and suffering inflicted: “…a collapsing brick wall can inflict bodily injuries on one person that result in death and bodily injuries on another person that do not result in death, and that the resulting pain and suffering in each case can be substantially the same. Pain and suffering do not vary depending upon the source of the collapse and do not care if the source of the collapse is the result of a tornado, an earthquake, a terrorist act, intentional conduct, negligent design, or strict-liability activity.” Id., ¶9.

The Beason Court reversed the judgment to the extent it modified and reduced the jury's verdict. The original judgment has now been amended to reflect the damages awarded by the jury plus prejudgment interest, costs, and post-judgment interest from the date of the original order. See, Hess v. Volkswagen Grp. of America Inc., 2017 OK CIV APP 35, ¶¶29-33, 398 P.3d 27, 37–38.