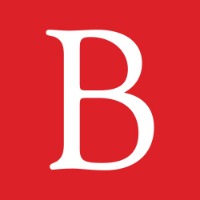 In June 2019, the Coalition Avenir Québec government passed a controversial bill that would ban religious symbols among public servants. This applies to those in the public sector like police officers, judges, teachers, and more. Bill 21, also known as “An Act Respecting the Laicity of the State”, only applies to new hires or personnel who have changed jobs within an organization.

Québec is the first state/province in North America to ban religious symbols such as Muslim head scarves, Jewish kippahs, Sikh turbans, and Christian crosses. Although the bill does not contain language specifying a single religion, some argue that the legislation targets Muslim women who wear head coverings, according to BBC.

Although the first in North America. Québec is not the first place in the world to enact legislation banning religious symbols. In 2011. France banned Muslim veils that cover the face. According to CBS News, the ban on burqa, niqabs, and other full-face coverings in public is still in effect even as France mandates masks in public areas due to COVID-19.

The name of the bill points out that Québec is a lay state, meaning that it is a secular state. This is the first Québec law to state that it is neutral when it comes to religion. But even with the law trying to remain broad, some argue that it targets Muslim women who wear head scarves, according to BBC. The National Council of Canadian Muslims and the Canadian Civil Liberties Association filed a lawsuit right when the legislation became official.

We talked to three Best Lawyers-recognized lawyers based in Québec to discuss the legality and the aftermath of this polarizing law.

Guy Tremblay
BCF
Recognized for Labour and Employment Law Since 2006

What are the legal loopholes in this to avoid being classified as discriminatory?

These provisions, a priori, could be qualified as discriminatory under the Canadian and Québec charters. However, in order to avoid any court challenge, the legislator used the mechanism provided for in Article 33 of the Canadian Charter and in Article 52 of the Québec Charter, according to which Bill 21 applies despite the provisions prohibiting discrimination.

Several civil liberties groups, including Amnesty International, have vigorously opposed this law and are taking legal action against the government of Québec before the Superior Court of the province. Several Canadian provinces, as well as the federal government, have expressed their strong disagreement with this Québec law. The Liberal Party, which is the official opposition party in the National Assembly of Québec, and Québec Solidaire, a third party, have opposed this legislation.

Less than 24 hours after this legislation became official, the National Council of Canadian Muslims and the Canadian Civil Liberties Association filed a lawsuit. Do you think this lawsuit will go to court?

A five-week trial began [Nov. 2, 2020] at the Montréal Courthouse in this matter. A decision could be rendered in early 2021.

With Québec’s history and how it views itself compared to the rest of the country, will this legislation further divide them from the rest of Canada?

We could say that this is another element that makes Québec different from the rest of Canada. Canada has always promoted diversity among unity. This legislation is a living example. However, since COVID-19 appeared, this debate was relayed to the backstage. That being said, the federal government and other Canadian provinces disagree fundamentally with this law.

Some Québécois fear that multiculturalism will erase their distinct identity as a French-speaking province. Is that the reasoning behind this legislation?

The reasoning behind this legislation comes from a desire of the government of Québec to affirm the primacy of the secularism of the state in Québec. And this debate has been going on for many decades. Since the 1960s, we have observed this desire of the Québec state to free itself from religions in the public sphere. Of course, this law goes against the grain of Canadian multiculturalism.

For those who cannot remove religious symbols because of how strictly they follow their religion (ex: head scarves), what avenues can they take if they do want to pursue a job as a public servant?

There are no other options. Bill 21 makes no exceptions. There is, however, an acquired right clause for those in function on March 27, 2019.

According to The Atlantic, 63 percent of Québécois support a ban on judges, police officers, and prison guards, and 59 percent support a restriction on teachers, too. What has been the overall reaction to the legislation in Québec?

Very mixed reactions in the greater Montréal area. Québec City and most other regions are in favor.

No. Multiculturalism seems to be the approach in English Canada.

How is this religious ban impacting employers? Are they finding that they have fewer candidates to choose from?

So far, I have heard nothing from employers, and I do have school boards as clients.

Will this religious ban deter people from moving to Québec for fear of discrimination?

I hope not, but the future will tell.

Are jobs as a public servant not an option for those who cannot remove religious symbols?

Effectively, these jobs would not be an option. [One example is] the Sikh truck drivers who were refusing to wear a safety hat in Canadian harbors, alleging their religious belief and their right to wear only their head turban.

How does this not fall under discrimination?

It technically does, but the Québec government has used the notwithstanding clause of the Canadian Charter of Rights and Freedoms to bypass, at least temporarily, certain rights.

What was the reaction from the other provinces in Canada?

This is a very interesting question because the other provinces do not have the same philosophy about immigration and integration of people from abroad. Québec has not had and will never have the same capability to melt people in the mainstream like for instance you have in the U.S.  Québec culture and perspective is, hence, different than English Canada who tends to follow the multiculturalism approach, like in the U.K., while lots of Québec people wish people from abroad adopt their values even though their culture is accepted. We call this interculturalism.

Are employers finding that they have fewer candidates to choose from?

I did not see data on this, but some people have resigned or refuse to propose their candidacy following the ban. The trial on the merit of the law started [in November] and so witnesses testified they felt rejected and discriminated against at work.

The idea of multiculturalism is one that is perpetuated through Canada except Québec. With it being a French-speaking province versus the rest of English-speaking Canada, do you think this legislation reinforced the different language identities?

It’s not about language, I dare to say, but more about the history of Québec with religion and the power the Catholic Church had on Québécois in the past. As you might know, Québec went from one of the most religious society after WW II, to one of the least religious society in the ‘70s . . . So, some people in Québec dislike seeing religion coming back in their school with their kids having to face religious symbols they taught were gone for good.

How to Digitally Market Your Law Firm

What the Seller-Friendly Market Means for Private Equity

It's Cheaper, But What's the Cost? - Uber and the Sharing Model