Smile! You Have New Mugshot Rights

A handful of enterprising companies have discovered that these portraits of distress have great value because they are public records, are not protected by copyright laws, and can be posted on the Internet to persuade the portrayed to pay dearly to take them down. 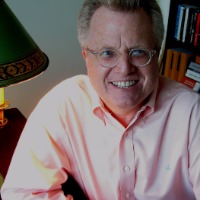 After you are arrested and booked into jail, you probably will not be looking your best. In fact, you may never look worse. Still, your jailor will insist on taking a picture of you for the files.

A handful of enterprising companies discovered that these portraits of distress have great value because they are public records, are not protected by copyright laws, and can be posted on the Internet to persuade the portrayed to pay dearly to take them down.

Mugshots.com is the most well-known entrepreneur in this space, and if you take a moment to review its site, you will see that it claims it is doing a great public service. It explains that it has created an archive that can be conveniently used to confirm whether a paramour or employee has an arrest record.

You also can learn from the site that persons arrested are presumed innocent until proven guilty. That disclaimer provides no solace to those who are most distressed by their appearance when they definitely were not ready for their close-ups.

The Florida Legislature came to the rescue this year, unanimously passing a bill similar to laws passed in several other states that arrestees the right to demand of their mugshots from the web. Governor Rick Scott signed the bill on June 16, 2017. But before firing off your demands, there are several things you need to know.

The law does not become effective until July 1, 2018. That gives companies one year to set up compliance mechanisms. It also gives them something else: time to launch challenges to the constitutionality of the law. There is quite a good chance the law will be found to violate the First Amendment because the U.S. Supreme Court has been tough as of late on all laws that restrict speech, and this one clearly does. Protecting people from the embarrassment of how they look probably won’t hold up as a sufficient justification of this law.

But if it does, the law has quite a few problems.

It does not apply to websites unless they solicit or accept payment to remove the photographs. That means any website can avoid the law by changing its business model so that it relies solely on advertising to support its activities. If that works, this could cause those who supported the bill to rethink its wisdom, because it simply will make it impossible to have a mugshot taken down quickly for a small fee.

If websites continue to demand takedown fees, the new statutory takedown process will be cumbersome and expensive for those that try to use it. It must be started with a written demand to the registered agent of the person or entity who published the photograph. Not all website operators have registered agents, and finding them can be tough when they do.

Once a proper demand is received, the website has 10 days to take the mugshot down. Within that time, friends, neighbors, employers, and, of course, family members will be free to delight in downloading the picture and posting it on Facebook, Twitter, and LinkedIn.

If a takedown demand is ignored, the new law provides a right to sue for an injunction. Many will want a lawyer to help with that, and a reasonable attorney’s fee may be much more than the takedown fees the mugshot websites have been charging. Once a lawsuit is filed, it could take weeks or months to produce results.

If an injunction is obtained, it won’t be much good if it can’t be enforced. So the new law says judges can impose a $1,000-per-day fine for noncompliance and attorney’s fees. But the person who sued will not be entitled to keep any fine imposed. Fines must be turned over to the State of Florida. And the attorney’s fee awarded can be much less than the fee charged.

So my advice when you are next booked into a Florida jail smile! Not because you have a new right to have your mugshot taken down; smile because you will want to look good in a mugshot that may be out there forever.

Thomas R. Julin is a shareholder in the Miami office of Gunster, Yoakley & Stewart, P.A. His practice focuses on First Amendment litigation.

The Legal Resource Guide for Activists

What Is the Future of Data Protection?