Obsessive-compulsive and anxiety disorders are far more common among lawyers than other professionals. It’s past time to address the problem. 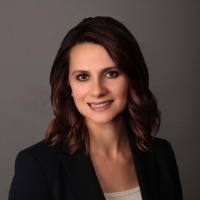 In 2010, I was a busy employment lawyer at a national firm, struggling to balance motherhood—I had two small children—and a career. My job didn’t require a significant amount of travel, but one time I had to deliver a presentation out of town.

I was still nursing my son, and I realized I’d need to bring my pumping equipment to ensure I kept up my milk supply. I was exhausted, though, and concluded that I simply couldn’t continue nursing. Contrary to what every lactation consultant and OB/GYN would surely advise, I decided to stop nursing cold turkey.

That one decision changed my life.

During my presentation the next day, I started to feel dizzy and lightheaded. I felt a wave of panic throughout my body. Though I continued to speak, I wondered whether I might faint. I somehow made it through the presentation and immediately packed my things to drive home. On the road, I began to replay what had just happened, engaging in what I now know was “catastrophic thinking”: What if this feeling never goes away? What if I become unable to give presentations, or incapacitated and unable to work? What if I become mentally unstable and lose my job, my husband leaves me, and he takes away my kids? This uncontrollable worry continued, escalating into the terror that I might physically attack my infant son. (I didn’t want to hurt him, I hasten to add; I was afraid I would become psychotic somehow and hurt him.)

I arrived home late that night after the children were asleep, and I sobbed while trying to explain to my husband what had happened and how I was feeling. I was terrified of how he might react, but I told myself it was worth the risk of going to a mental institution or jail; I needed to protect my children and keep them safe, and thus disclosed to my husband, in hysterics, that I was scared I might go crazy, lose control, and kill our son. To my husband’s credit, he remained calm, held me, and reassured me that I was not crazy, that I would not lose control, and that he was not concerned about me hurting our son. He speculated (correctly, as it turned out) that perhaps my hormones were in disarray due to my abrupt cessation of nursing, and that I needed to try to get some sleep.

I remember asking him if he was sure the kids would be safe and that I didn’t need to go to a mental hospital. Yes, they would, he said, and no, you don’t. His answers failed to convince me that I was not a danger to my child; I remained awake and panicked the entire night. When my husband came downstairs in the morning, I begged him to take the kids to preschool to “protect” them from me. “I have a meeting, and you’re fine,” he said. “I’m going to my meeting, and you’re going to take the kids to school.”

It seemed like tough love—and indeed my doctors have since said repeatedly that my husband’s response couldn’t have been better. When I’d dropped the kids safely at school, I went to see my lactation consultant. She brought in a pediatrician, and they explained that they suspected I was experiencing postpartum obsessive-compulsive disorder.

I soon made the first of many appointments with a variety of specialists. They determined I was having “intrusive thoughts”—a form of OCD. I was no stranger to OCD; a family member had been diagnosed with it in the 1980s. Yet that person’s ailment manifested itself in a more common fashion—as “contamination OCD,” which included, among other things, rituals regarding laundry (repeated washing and rinsing of each load, showers before each load, disposing of clothes considered “contaminated”) and avoidance of bug sprays and other chemicals.

What if this feeling never goes away? What if I become unable to give presentations, or incapacitated and unable to work?

Refusing to believe I had OCD, I met with a leading authority on the condition. He explained that everyone has strange, unwanted thoughts every now and then. Most are able to disregard them. People with OCD, though, attach special significance to the content of those thoughts, provoking extreme anxiety and causing them to engage in compulsive rituals or avoidance tactics in an attempt to reduce the anxiety.

As Dr. Jonathan Abramowitz—a top clinician and founder of the OCD and Anxiety Disorders Program at the Mayo Clinic—explains in his 2009 book Getting Over OCD: A 10-Step Workbook for Taking Back Your Life, the obsessions that mark OCD typically concern danger, violence, mortality, or one’s responsibility for harm. They typically fall into a half-dozen broad categories:

(There are also miscellaneous obsessions, such as an extreme preoccupation with having, or being diagnosed with, a serious illness.)

Compulsions, or “compulsive rituals,” are behaviors you perform repetitively to reduce obsessive anxiety and restore a sense of personal safety. They can include checking (to make sure a door is locked, for example), decontamination (washing hands repeatedly), other repetitive action, and ordering and arranging. Rituals, too, like the ones my family member performed—mental rituals or those through which one seeks reassurance.

Why Is This Important?

It’s natural to want to know you’re not alone when suffering something like OCD, so I would always ask my health-care providers, “Do you have other patients like me who have been able to recover and lead successful, normal lives? Am I the only attorney who is dealing with these horrible, anxiety-inducing thoughts?”

Without fail—and without breaching patient confidentiality—my psychiatrist, psychologists, and other doctors would tell me they had seen attorneys with OCD (intrusive thoughts like mine, primarily) and anxiety (including panic attacks), and that anecdotally they’d witnessed an increase in OCD and anxiety diagnoses among their lawyer patients.

In February 2016, the Journal of Addiction Medicine published “The Prevalence of Substance Use and Other Mental Health Concerns Among American Attorneys,” which described how lawyers have higher rates of mental distress than other professionals. It cited a recent survey of 12,895 licensed, employed attorneys, which revealed that while men had significantly higher incidence of depression, women had higher levels of anxiety and stress.

According to the North Carolina Lawyer Assistance Program, studies indicate that about 40 percent of lawyers struggle with anxiety, twice the rate of the general population. A variety of treatments are available, but because lawyers place such a premium on confidence, competence, and invulnerability, we often incorrectly interpret physical or mental maladies as signs of weakness, frailty, or incompetence. This faulty belief might dissuade us from seeking treatment—and with many of these conditions, the earlier treatment is sought, the better the outcome.

How Is OCD Treated?

Based on my research and my experience battling OCD, the primary treatment is Cognitive Behavioral Therapy (CBT), defined by the American Psychological Association as “a form of psychological treatment that has been demonstrated to be effective for a range of problems including depression, anxiety disorders, alcohol and drug use problems, marital problems, eating disorders, and severe mental illness.” It usually entails efforts to change one’s thinking and behavioral patterns.

In addition to CBT, medications called selective serotonin reuptake inhibitors (SSRIs) are FDA-approved for OCD treatment. SSRIs can be effective for some people, both alone and in tandem with CBT. They can have side effects, of course, which vary from person to person. Diet and nutrition vigilance, as well as meditation and mindfulness, can also help.

Treatment is highly personalized, of course, and what works for one may not work for another. My goal in speaking out here is that other attorneys will begin to come forward and talk about their struggles so we can begin to eradicate the stigma of OCD—in particular, the less common forms of OCD, such as intrusive thoughts—and similar anxiety disorders. Only then can the conversation turn to what individual lawyers and firms can do to support their colleagues and enable them to continue to thrive—professionally and personally.

Kelly Hughes has spent her career advising and supporting private and public employers across numerous industries, to include manufacturing, pharmaceutical, chemical, energy, construction, hospitality, automotive, computer/software, retail, real estate, and biotech, among others. She is also well experienced in working with local governments, colleges, and universities. Within Ogletree, Kelly is the co-chair of the Retail Industry Group, a member of the EEOC Litigation Practice Group and the Higher Education Group, and the co-chair of the Business Resource Group ODFamily.

How To Help A Lawyer Who Is Struggling With Anxiety

How to Deal With Mental Health in the Law Industry