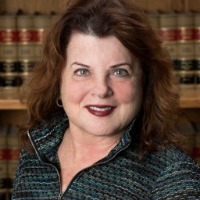 New York has always taken great pride in the quality of its statewide workforce. Of late, though, the state has grown concerned about the increasing numbers of young people, especially those upstate, who leave for greener pastures after they finish school. Retaining and protecting workers—and thereby making New York a more attractive place for those young people to put down roots—is a big part of Governor Andrew Cuomo’s agenda. His primary policy item to that end: paid family leave, or PFL.

Since 1993, when Congress passed the Federal Family and Medical Leave Act (FMLA), Americans who work for companies with 50 or more employees have been able to take leave to care for ailing relatives or be with their new children (adopted or foster children qualify). The law granted 12 weeks of job-protected time off, but it left the particulars of subsidizing it to companies and state governments. As a result, unless their employer offers additional paid leave, few people can take full advantage of FMLA—the financial strain of three months with no paycheck is too great to bear. So in 2016, New York mandated the country’s broadest job-and-wage leave protections; the law took effect this year.

In 2002, California became the first state to provide PFL. Its law, which took effect in 2004, covers all private-sector workers with up to six weeks of partial pay. As of this January 1, the Golden State’s wage-replacement rate is between 60 and 70 percent (depending on income). New Jersey followed suit in 2009 with its Family Temporary Disability Leave Law, which applies to all employees in the state and provides up to two-thirds of a person’s average weekly wage (capped at $637) for up to six weeks. It also offers benefits to care for a newborn within 12 months of birth; for an adopted child within 12 months of placement; and for a qualifying family member with a serious health condition. Leave can be taken all at once or intermittently. Rhode Island’s program, Temporary Caregiver Insurance, became available to all workers in the Ocean State in 2014; it permits recipients to collect 60 percent of their salary for four weeks. Washington, D.C., enacted PFL in February 2017 that will take effect July 1, 2020. Washington State did the same last July; its law will kick in on January 1, 2020.

The PFL law New York’s legislature passed in 2016 supersedes all these previous state efforts. It’s paid for via payroll deductions, similar to disability payments; the system is regulated by the Workers’ Compensation Board. Its guidelines are, broadly speaking, the same as those of other states: New Yorkers can use PFL to bond with a newborn or recently added child, care for a close relative who’s sick, or when a spouse, domestic partner, child, or parent is deployed on active military service abroad. To be eligible, employees with a regular work schedule of 20 or more hours must have been employed for 26 consecutive weeks; those with fewer than 20 hours a week are eligible after 175 days on the job.

The law will phase in over four years. It currently covers eight weeks at 50 percent of an employee’s weekly pay (capped at the state average weekly wage of $652.96) and will increase to 10 weeks at 55 percent in 2019; 10 weeks at 60 percent in 2020; and 12 weeks at 67 percent in 2021. Workers who take PFL in New York are also entitled to of benefits, freedom from discrimination, and job restoration—to the same job or a comparable one—once leave is up. If they have health insurance through the workplace, it’s guaranteed while they’re on leave, provided they continue to pay their premiums.

No eligible employee may be discriminated against for taking leave, but he or she must be sure to follow its procedures to the letter. A worker must notify the employer 30 days before the start of leave (when possible) and fill out a claim form. Medical certification is required, though a birth certificate or adoption/foster papers are sufficient for parental-bonding leave. The employer submits all documentation to the insurance carrier, who must then pay or deny a claim within 18 days of receipt. Employers need to be diligent, as New York’s PFL requirements—including employee education and notification—are strict. Large businesses should bring in an outside expert to ensure compliance.

No PFL lawsuits have yet been filed in New York, but it’s early. (The statute of limitations on PFL violations is two years.) Employer pushback will likely come when the cost of administering the policy and covering absent employees becomes evident. PFL conflicts often involve dual coverage, such as when a worker is eligible under both the federal FMLA and the New York version for the same “life event.” The employer may designate the two leave programs as concurrent if the basis for each overlaps. The business must notify the employee that the leave qualifies for both programs and will be designated as such. In this case, FMLA would cover job-protected time off, and PFL would cover monetary benefits. Additionally, mothers who qualify for disability benefits may also take PFL, but they cannot collect payments from both in the same postpartum period. Sometimes, of course, a mother will need time to heal and care for herself as well as bond with her new child. Could she take her allotted time consecutively? This doesn’t yet have a clear answer; expect the courts to take up the question sooner or later.

Looming large, too, is the issue of financing. Interestingly, Washington State delayed implementation of its program since 2007 due to concerns about how to subsidize legislated benefits. All extant state programs are financed via payroll deductions that fund insurance policies already mandated by disability carriers. Employees’ low contribution amount, coupled with the benefits’ wide availability, has led many observers to question whether the financial model undergirding these laws is viable. California, New Jersey, and Rhode Island—the only states whose programs are old enough to study for trends—have heretofore focused mostly on who is using PFL and the impact it’s having on workers, not on the attendant costs and overall financial soundness. The majority of claims so far have been for bonding, made by women in higher education and wage brackets.

All corporate counsel and policymakers ought to pay close attention to New York’s experience. The long-term effects, the health of the policies, and the interaction between FMLA and state PFL are critical to the future of similar programs. Recall that FMLA applies only to companies with 50-plus employees. Every state program thus far covers all workers (New Jersey defines this group as “all those covered by unemployment insurance”). How these programs’ cost and coverage will play out in smaller work settings remains to be seen.

Low employee payroll deductions, nearly universal application: These programs must be rigorously scrutinized to make sure no legislature has attempted (or will attempt) to force employers to bear more of the financial burden. It might turn out, after all, that these programs become extraordinarily expensive to administer. The PFL conversation is only beginning—and businesses need to have their numbers and anecdotes ready in order to take part and be heard.