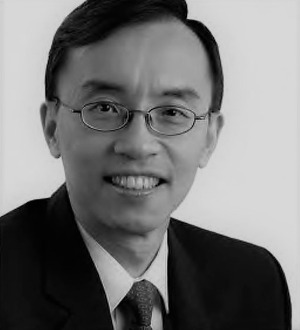 The Singapore Court of Appeal has in its recent judgment in the case of Hii Chii Kok v Ooi Peng Jin London Lucien and another [2017] SGCA 38 (Hii Chii Kok v London Lucien Ooi) delivered on 12 May 2017, decided that the Bolam test (as supplemented by the Bolitho addendum) (referred to herein simply as “the Bolam test”) is no longer the applicable legal test to adjudicate on the appropriate standard of care of a medical practitioner in the provision of medical advice to his patient. The Court of Appeal has ruled that a new 3-stage, patient-centric legal test ought to be applied.

In the area of medical negligence, the contentious aspects of medical care can be broadly categorised into three aspects, namely, (a) diagnosis – establishing what the patient’s medical condition is; (b) advice – presenting information regarding what should be done (treatment options), reasonable alternatives, and the risks attendant on the various options; and (c) treatment.

Previously, the Singapore Court had applied the Bolam test to adjudicate the standard of care required in all three aspects of medical care, in order to determine whether there was medical negligence on the part of the doctor. Under the Bolam test, a doctor is not liable in negligence if he can demonstrate that there is a respectable and responsible body of medical opinion, logically arrived, that accepts the doctor’s practice as proper.

The decision of the Court of Appeal in Hii Chii Kok v London Lucien Ooi is that:

The Court of Appeal considered that the material difference between the three aspects of medical care lies in the degree of passivity on the part of the patient. With regard to diagnosis and treatment, the patient is a passive participant. In contrast, when advice is being furnished to the patient, it is the patient who is in charge and must make the choices and decisions, that is, the patient assumes an active role. The doctor’s function is to empower and enable the patient to make that decision by giving him the relevant and material information.

At the time the Bolam test was articulated (in 1957), much less emphasis was placed on the principle of autonomy than the principle of beneficence. Doctors were thought to know best and thus, it was considered acceptable to keep a patient in the dark as to the risks and alternative treatment relating to his illness if this would make him more likely to undergo the treatment that was, in the doctor’s opinion, best for the patient’s health.

There has since been a “seismic shift” in “medical ethics” and “societal attitudes towards the practice of medicine”, that warrants a new legal test to adjudicate the advice aspect of a doctor-patient relationship. In arriving at this view, the Court of Appeal observed, among others, the emphasis placed by the Singapore Medical Council’s Ethical Code and Ethical Guidelines (2016 Edition) (2016 ECEG), which came into force on 1 January 2017, on the need to respect patient autonomy and the doctors’ obligation to uphold their patient’s “desire to be adequately informed and (where relevant) their desire for self-determination”. The Court of Appeal noted that the 2016 ECEG reflected the fact that the “nature of the doctor-patient relationship has evolved together with the level of education and access to knowledge of the ordinary Singaporean”. The discussion on which treatment to pursue is “now best seen as a collaborative process involving the doctor and the patient”.

Accordingly, the Court of Appeal declared that the Bolam test should no longer be applied to the aspect of a doctor’s advice to his patient given that it “does not allow any room for the patient’s perspective”.

The inquiry at this first stage is “largely a matter of common sense.” Remote risks with minor consequences or very severe consequences with very low chances of occurring will generally be deemed immaterial, and do not have to be disclosed.

The Court of Appeal made clear that the doctor’s duty to advise is not satisfied by conducting an “information dump”, which tends to cause the patient to be more confused and less able to make a proper decision. The doctor must ensure that the “information given is presented ‘in terms and at a pace’ that allows the patient to assimilate it, thereby enabling him to make informed decisions”.

A contextualised approach is also adopted at this stage of inquiry to determine the personal circumstances of the patient. While a doctor has “no open-ended duty to proactively elicit information from the patient and will not be at risk of being found liable owing to idiosyncratic concerns of the patient unless this was made known to the doctor or the doctor has reason to believe it to be so”, it should be borne in mind that information may be rendered relevant and material pursuant to the particular questions asked or particular concerns expressed by the patient.

The inquiry stops at this stage if the doctor is shown to not have the information at the material time. A separate inquiry may arise in respect of any negligence in diagnosis or treatment (but not advice) if the doctor does not have the information “because he did not conduct the procedure which would have discovered that information or because he lacked the factual or technical knowledge to realise that a particular risk or alternative treatment existed”.

If the Court is satisfied that the doctor possessed the information which the patient has demonstrated is relevant and material, at this third stage of the inquiry, the doctor has the burden to justify why he chose to withhold the information.

The assessment at this stage is from the doctor’s perspective. The Court will decide if the doctor was justified to withhold the information having regard to “the doctor’s reasons for withholding the information and then considering whether this was a sound judgment having regard to the standards of a reasonable and competent doctor”. Expert evidence may be helpful but not necessarily determinative in the consideration of whether the doctor’s withholding of information was a sound judgment (otherwise, it will effectively be the application of the Bolam test).

Three instances whereby the withholding of information may be justified:

As there is now a need to determine the sufficiency of information based on a reasonable patient situated in the particular patient’s position, doctors may have to apply their minds to whether any questions posed or concerns expressed by the patient during the consultations are out of the ordinary. Such information obtained from the patient will assist in the determination of how much more the doctor has to discuss with the patient, in order to empower the patient to make his or her decision. The doctor has to carefully consider whether there are additional risks,  possible complications or any other information which may be material to this particular patient, and for which the doctor should raise for discussion with the patient.

Simply going through the list of risks and possible complications in patient information sheets and consent addendum forms may not be sufficient. Doctors have to constantly apply their minds to the issue of whether there is anything on top of what is contained in the consent documents which needs to be raised with the patient.

Lastly, the importance of careful documentation by doctors of discussions with their patients was specifically underscored by the Court of Appeal in Hii Chii Kok v London Lucien Ooi in response to the argument raised that there could be situations whereby even properly informed patients may pursue negligence advice claims, for instance whereby perhaps under the fog of illness, the patient denies ever being apprised of a risk.

Onboard Safety Technology―Preventing Truck Accidents Before They Happen

Medical Errors Third Leading Cause of US Deaths

Amendment to the Federal Labor Law in Mexico: New Rules of Procedure for Labor Disputes

Psychological Vulnerability and Support for Patients — Death of ALJW