In most states, there is no general applicable rule of law forbidding one contracting party from waiving all recourse in the event of breach by the other. 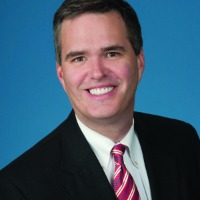 We’ve all seen them: clauses buried in form contracts limiting one party’s liability to the other. For example, your client contracts with a vendor for cloud-based services, including new software for operating its core business, part of which is “back office” and part of which is customer-facing. The client pays significant fees for custom development, migration, and hosts all of its critical data with the cloud vendor. But once the new system goes into production, it’s riddled with errors, difficult for the client’s customers to operate, and frequently causes the client’s website to crash completely. The client’s customers are complaining loudly, and some are walking away. In order to stop the hemorrhaging, the client decides to abandon the new software and return to its legacy product, which it was still running in a parallel environment, just in case this happened. But a significant number of customers jumped ship with remarkable speed, and it’s too late to woo them back.  In no time, your client’s damages are measured in millions, including the money it paid the vendor, money spent to get the legacy system up and running again, lost customers, and loss of a ton of customer .

Then, your client finally calls you, and you look at the client’s contract with the vendor. The contract includes a limitation of liability provision, capping your client’s damages at “fees paid by during the preceding 12 months,” which you learn from your customer is about $30,000. Your client knew that clause was there before it signed, and unfortunately, they did not seek your opinion on the clause’s enforceability beforehand. Your client incorrectly assumed that the limitation was so out of proportion to what its damages would be if the new software system caused problems its customers that there is no way the clause would be enforced. But that’s not the law in most states.

Limitation of liability clauses are frequently used to curtail parties’ substantive rights by capping damages under contracts, should something go awry. Sophisticated parties negotiating at arms’ length are free to agree on whatever contractual provisions they choose, including agreeing to limit any potential damages recovery.

In most states, there is no applicable rule of law forbidding one contracting party from waiving all recourse in the event of by the other.

Still, there is a special type of contract clause that can be so draconian in . Courts require contracting parties to treat them with certain detail—even down to the type of font that is used—so that a party will not be blindsided if a dispute arises. These clauses are known as “exculpatory” clauses. A clause is considered exculpatory if it severely restricts a party’s remedies or waives a party’s substantive rights. In order for such a clause to be enforceable, it must be explicit, prominent, clear, and unambiguous.

In analyzing this requirement that exculpatory clauses be explicit, prominent, clear, and unambiguous, courts have given great weight to the prominence factor. Merriam-Webster’s dictionary defines prominent as “standing out or projecting beyond a surface or line; protuberant; readily noticeable; conspicuous.” Further, protuberant is defined as “thrusting out from a surrounding or adjacent surface often as a rounded mass,” and conspicuous is defined as “obvious to the eye or mind; attracting attention; striking.”

Prominence, therefore, depends on factors like typeface, whether the clause appears in a separate paragraph, or whether the clause is set off by an appropriate heading. Simply put, does the clause stand out on the page? Do the words pop out? Are they noticeable? Do they contrast with the other terms on the page? It’s important that the appearance of the provision signals importance to the contracting parties so that they know that by entering into the agreement, they are waiving a substantive right. If a clause is exculpatory—requiring prominence—and that requirement is not met, the clause will be held unenforceable.