Law No 20,950 – Authorizes the Issuance and Operation of Pre-Funded Payment Methods by Non-Banking Entities 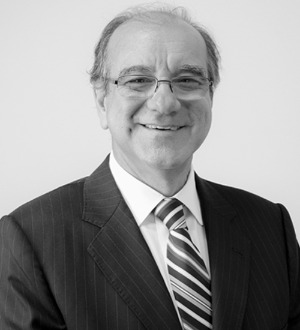 Law No 20,590 (the “Law”), that authorizes the issuance and operation of pre-funded payment methods or any other similar system (the “Prepaid Cards”), by non-banking entities, when these systems involve that the issuer or the operator regularly engages in monetary obligations with the general public or to specific sectors or groups thereof, was published and came into force on October 29, 2016.

Its main provisions are the following:

Requirements to incorporate Issuers or Operators

The non-banking Prepaid Card issuers or operators (the “Issuers” and the “Operators”, respectively) must be incorporated as special purpose corporations according to Law No 18,046, and their exclusive corporate purpose must be the issuance or operation of Prepaid Cards. The Operators may also be incorporated as bank supporting companies, according to the General Banking Act.

The Law also modifies Law No 18,772, empowering the Republic to issue and to operate pre-funded payment methods, establishing a special regulation applicable to Metro S.A. (the Santiago underground train).

Common rules to Issuers and Operators

(i) Receipt of money from the public

The Issuers are empowered to receive money from the public, which can only be used to:

The cardholders’ money shall be accounted for and kept segregated from any other operations performed by the Issuer. It will not accrue interests or indexations in favor of the cardholder.

These funds shall not be confiscated nor can be subjected to injunction or any other ownership limitations arising from obligations assumed by the Issuer different from those described in (i) above.

The funds must be kept in the Issuer’s account or be invested in financial instruments authorized by the Chilean Central Bank.

The cardholder may redeem the funds at any time.

The Issuers may issue Prepaid Cards either in a nominative form or to the bearer, according to the following:

a) Nominative Prepaid Cards: They can be issued without a determined term of validity. The funds that the cardholder delivers to the Issuer are subject to expiration, under Article 156 of the General Banking Act, which broadly states that such sums must be transferred to the national treasury after 5 years of inactivity.

b) Prepaid Cards to the bearer: They must always be issued with a term of validity. When this term expires, the cardholder has a 6-month term to redeem the funds, and if this does not occur, the Issuer must transfer the funds to the Regional or Provincial Treasury of its main primary domicile.

(iv) Use of Prepaid Cards

The Law does not regulate the businesses in which the Prepaid Cards can be used, or its national or international character, so we expect that the Chilean Central Bank and the SBIF will clarify this matter at a later date.

Despite these changes to the law, passengers’ access to the public transportation system shall continue to be regulated by the Chilean Transport and Telecommunications Ministry.