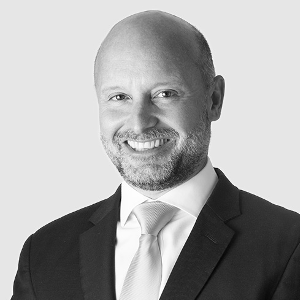 On February 23, 2017, Law N°21,000 (the “Law”) was published in the Official Gazette of Chile, creating the Commission for the Financial Market (the “Commission”), a professional body and technical entity that will replace the current Superintendency of Securities and Insurance (“SVS“). The Law will enter into force in August 2018, or at an earlier date if the Commission becomes operational sooner.

The SVS and the local capital markets have long sought the implementation of this Law, due to the need for a regulatory body with an improved corporate government, equivalent to regulators in developed markets, with greater and more effective control and specific administrative sanctioning regimes.

The Commission shall aim to ensure the proper functioning, development, and stability of the financial market, facilitating the participation of market agents and promoting duly standards. Furthermore, it shall also ensure that regulated persons or entities comply with laws, regulations, statutes and other provisions governing them. Any institution, person or activity expressly subject to the supervision of the Superintendency of Banks and Financial Institutions is outside the Commission’s jurisdiction. Notwithstanding the aforementioned, a one-year deadline has been established for the presentation before the National Congress of a law expanding the Commission’s jurisdiction. Likewise, pension fund administrators are not subject to the supervision of the Commission.

In order to fulfill its objective, the Commission will maintain the powers already vested in the SVS (e.g. to issue rules, to interpret applicable law on administrative grounds, to investigate complaints or claims, to examine all operations, assets, books, accounts, archives and documents of persons, entities or activities under its supervision, among other faculties).

However, important new attributions are added to the Commission, such as requiring information on banking operations of specific persons, even those subject to secrecy or confidentiality; gaining access to private properties and, if necessary, entering by force with the help of law enforcement officers; registering and seizing all kinds of objects and documents; intercepting all kinds of communications (and obtaining from telecommunication companies copies and records of communications transmitted or received by them), and ordering other public agencies to provide background information, even when the information is confidential or classified. These measures will be subject to control and prior authorization by the courts.

Leadership and Operation of the Commission

The directors of the Commission will lead a council (the “Council“), composed of five members (known as “commissioners”) who have been recognized for their professional or academic prestige in matters related to the financial system. The President of the Council will be appointed by the President of the Republic, shall have the legal, judicial and extrajudicial representation of the Commission, serving until the end of its appointer’s term. The rest of the commissioners will be appointed by the President of the Republic after ratification by 4/7 of the Senate members in office. The commissioners will serve six-year terms, being able to be reelected only for a consecutive period. Commissioners must be exclusively dedicated to their role on the Council and may not engage in any other service or activity in the public or private sector, except for academia. Commissioners must also abide by specific rules regarding the prevention of conflicts of interest both while serving their term on Council and after leaving the Council.

Investigation by the Commission

Within the Commission, the Council will appoint a prosecutor who will establish an investigative unit responsible for detecting, investigating, determining and prosecuting infringements of the rules governing the markets regulated by the Commission. The prosecutor will also be responsible for oversight of the sanctioning process established by the Law. In addition, the Commission will maintain the right to impose sanctions for violations of the law, such as censorship, fines for tax benefits, and revocation of authorizations.

The Law establishes an appeals mechanism for the reconsideration of resolutions of the Prosecutor or the Council, and also establishes a claim of illegality, which must be presented to the Court of Appeals of Santiago prior to determining admissibility. The judgment that rejects the claim of illegality shall be subject to appeal, which will be known by the Supreme Court. In any of the two cases previously mentioned, the application of the requested decision may be suspended, which is especially relevant in view of the fact that the old system only authorized the claim of the application of the fine or its amount before a civil procedure judge after consignment of 25% of the total amount.

In order to achieve greater collaboration and effectiveness in the application of the Law, mechanisms of self-report and leniency are established. By self-reporting, an offender can obtain a reduction of up to 100% of the applicable pecuniary penalty if the illegal conduct involves two or more responsible parties and the self-reporting party is the first one to report and provide background information. The remaining responsible parties can only access up to a 30% reduction in penalty. In cases that involve only one offender, reductions of up to 80% can be obtained by self-reporting. In addition, the Law benefits both cases with significant reductions in criminal matters, including the elimination of criminal responsibility in certain cases.

Finally, in order to improve good practices in corporate governance, business ethics, transparency and fair competition, the Law obliges market players to self-regulate in order to comply with the aforementioned objectives. To this end, market players that are obliged to regulate themselves (e.g. securities brokers, stock exchanges, product exchanges, general fund managers) may issue their own rules and codes of conduct (which must be submitted for approval by the Commission), or join the Committee of Financial Self-Regulation (the “Committee”), whose creation is established by the Law. The mission of the Committee (that will be administered by a board of five independent directors elected by the members of the Committee) will be to ensure compliance with good practices, to establish and accredit compliance with standards of suitability, to promote the protection of investors, as well as to resolve differences and claims between the different members or between members and their clients.