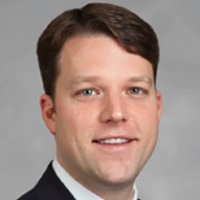 Just six years1 after new rules were introduced for patent challenges at the United States Patent and Trademark Office (USPTO) by the Leahy–Smith America Invents Act, those new procedures have not only become an integral part of federal patent but have taken on a life of their own as stand-alone mechanisms for parties to resolve patent disputes.

Inter partes review (IPR) in particular has become the procedure of choice to resolve the validity of patents, with or without a co-pending litigation.

What Is an Inter Partes Review?

An IPR is a mechanism by which a party can challenge the validity of a patent at the USPTO. The process is initiated by filing a petition with the Patent Trial and Appeal Board (PTAB), the administrative body that handles patent challenges at the USPTO. The petition is often supported by an expert declaration explaining why certain prior publications demonstrate how the invention described in the target patent was not new. The PTAB decides whether to “institute” the IPR six months after the petition is filed. If the IPR is instituted, the patent owner is provided an opportunity to respond, followed by depositions of the parties’ respective experts and related, albeit very limited, discovery. A final decision is issued by the PTAB 12 months later. The limited discovery and definitive of the IPR procedure is a very attractive supplement or alternative to Federal District Court Litigation that can be quite expensive and may take many years to resolve.

IPR as a Complement to Federal Patent Litigation

Nearly all federal district court patent litigation involves questions regarding the validity of the asserted patent. Unless the case is resolved before trial by settlement or dispositive motion, the sometimes complex determination regarding the validity of the patent is ultimately made by a jury. Today, IPRs are very often filed after litigation has commenced, sending the validity decision to the USPTO, an institution that is arguably better equipped than a federal juror to weigh the question of validity. In some instances, the litigation pending a decision from the PTAB. But even if the two proceedings move forward on parallel paths, there is an opportunity for the validity issue to be resolved on appeal by the federal circuit, the U.S. appeals court for patent issues.

IPR as a Stand-alone Procedure

Even though patent challenges at the USPTO often proceed in parallel with federal district court litigation, there are many instances where parties may choose to resolve a potential dispute with an IPR petition alone. In particular, an IPR can be a good option for addressing a patent blocking a company from introducing a product that may be found to infringe. For example, a foreign manufacturer experiencing success outside of the United States may wish to challenge a U.S. patent so they can make and sell their product here.

A party may also choose to file a preemptive IPR in response to a threat of patent litigation. Oftentimes, patent owners will communicate alleged patent infringement before filing a lawsuit for purposes of settling the parties’ dispute without resorting to litigation. In such circumstances, a petition for IPR may be a good way to resolve at least the validity issue and may also be accepted by the patent owner as an unavoidable first step to resolving the dispute. If invalid, the dispute may very well end. And if not, then litigation for patent infringement, perhaps unencumbered by the question of patent validity, may proceed.

IPRs are not limited to traditional patent owners and alleged infringers. Recently—and much to the surprise of traditional patent practitioners—even hedge fund managers have joined the fray, filing IPRs against key patents to affect the value of the owning company. While this is very much a fringe application of the IPR procedure, it demonstrates the power and utility of this new area of patent law, which is an area that will no doubt continue to be used in both traditional and creative ways to resolve patent disputes.

1The act was signed in the fall of 2011, but the IPR provisions did not go into effect until September 2012.