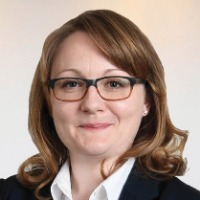 The March 2017 statistics issued by the United States Patent Trial and Appeal Board (PTAB) report that across all technologies, all challenged patent claims are found patentable in only 19 percent of inter partes review (IPR) final written decisions.1 This is an improvement over a low point of in only 13 percent of decisions between late 2015 and early 2016,2 but this percentage does little to assuage concerns that PTAB is a patent “death squad.”3 But there is good news for the pharmaceutical industry. The data concerning drug patents is more favorable: a smaller percentage of drug patent IPRs are instituted, and a higher percentage of drug patent IPRs survive final written decisions with all instituted claims intact. The initial data for IPR challenges to patents that are identified as reading on CDER-listed Biologic Drugs (Biologic Drug IPRs) is also looking promising. While the remains very small, Biologic Drug patents are holding up in institutions and in final written decisions.

As of March 31, 2017, PTAB reports that there were 4,563 resolved IPRs.4 Of these, 222 concerned patents were listed in the U.S. Food and Drug Administration Orange Book (Orange Book IPRs) and 29 concerned biologic drug patents.5 Looking at the total number of resolved IPRs, 53 percent were instituted and 35 percent reached final written decision. For Orange Book IPRs, these numbers are 44 percent and 38 percent; Biologic Drug IPRs are 41 percent and 28 percent.

In short, the statistics concerning drug patent challenges are optimistic. Orange Book and Biologic Drug patents are faring better in IPRs than across all technologies, and the initial data for Biologic Drug IPRs is looking promising: a higher percentage of challenges have settled before an institution decision, and a higher percentage of challenged claims have survived IPR unscathed as patentable.