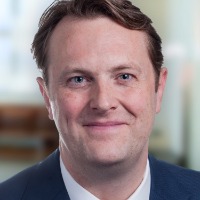 The U.S. system is undergoing its most significant change since the Great Society programs enacted in the 1960s. The first year of full implementation of President Obama’s Affordable Care Act (also known as Obamacare or the ACA) was in 2014, which proposed sweeping changes to how citizens are insured and how health care providers are paid.

Now, just a few years later, the future of Obamacare is unclear, and what U.S. will look like when the political fuss is over is an inquiry punctuated by a very large question mark.

Uncertainty is a double-edged sword for the sector: it creates opportunities for entrepreneurs, and it can be anathema to existing businesses. Many believe that the forces unleashed over the last few years will continue to transform regardless of what happens to and that a paradigm exists to help explain and predict the evolving market. So in the shadow of the large question mark, providers can continue to expand and adapt to the new era.

What are the forces that will continue to transform ?

Just a few years ago, most of the technology providers for the industry were companies that focused almost entirely on the sector. This is no longer the case; Microsoft, Apple, and Google all have major health care divisions now, and companies of that size will have a big impact on the market. For example, iPhones have now become portals for diagnosing health care conditions, helping to enable telemedicine and preventative care. IBM has developed Watson, a broad artificial intelligence engine, and doctors across the country are using it to diagnose patients with greater accuracy. Health care is such a large market in the U.S. that involvement by the major technology companies is a trend that will continue and accelerate.

In the tug-of-war over the last several decades between employers (who traditionally provide most health insurance in the U.S.), insurers, and providers, there have been numerous attempts to link health care costs and outcomes. Consider HMO insurance plans as an early (and much maligned) attempt by the private markets to achieve this in the 1990s. look almost primitive now compared to the way their models have metamorphosed into sophisticated pay-for-performance systems.

In the last few years, the federal government has initiated significant quality incentives in the system. Here are some of the best examples:

Pundits often state that the two biggest drivers of cost in the U.S. market are unhealthy behaviors and unnecessary procedures. There is a lot of truth to this, and the market is it. Many employers now give lower health insurance premiums to employees who participate in voluntary programs to improve and track their health, and the expansion of early-stage, pay-for-performance models will continue to curtail unnecessary procedures.

But there is a third major driver of cost in the U.S. that often goes unmentioned: the lack of integrated care. In 2004, The Economist magazine produced a special report on “Paying for Health Care” about gaps in the coordination between generalists, specialists, and facilities as the cause of significant unnecessary health care expenses—not to mention patient discomfort and lost work productivity from absences. The U.S. system is excellent at handling acute care, but the lack of integration can wreak havoc when treating chronic conditions like diabetes and asthma. The federal government is addressing this through networks such as Affordable Care Organizations, where providers work together and then receive bonuses for cost savings that are achieved from early intervention and coordinated care. Participation in networks will become more and more critical, and financial incentives will be wrapped into coordinated care.

Health care is a service business, but consumers receiving the services are rarely the parties paying the bills. Payment comes from a combination of insurance plans, Medicare, Medicaid, government plans, and then (maybe) some from the patient. Just a few years ago, providers received very little reimbursement directly from their patients (patient pay). But with the tremendous growth of health savings accounts (HSAs), private pay has expanded dramatically as a percentage of reimbursement. HSAs introduce consumer choice into health because now consumers with large deductibles compare prices and reputations when they choose their health care providers. Consumer choice is not going but will continue to expand, and it will drive transparency in what has often been an opaque market. Over the last few years, some surgery centers and other providers have begun posting their prices in order to attract consumers. This was virtually unheard of in health care 10 years ago.

5. Real Estate as a Liquidity Source for Health Care Operators

In 1946, President Harry Truman and the U.S. Congress initiated the most significant building boom of the 20th century with the passage of the Act, which incentivized the construction of hospitals across the U.S. and in many rural counties. By 2005, the U.S. had more than 5,000 hospitals, which have long been the centerpiece of health care in the U.S.

As technology and competition continue to provide alternatives to traditional providers like hospitals (consider surgery centers and urgent care clinics) and skilled nursing (consider home care and assisted living), there is a growing separation between the operations of health care providers and their physical facilities. This creates two market opportunities.

First, health care providers can generate substantial cash from the sale of their real estate to real estate investment trusts (REITs) and other land-focused companies. The providers get back long-term leases on their former properties and can partner with the REITs for expansion and upgrade opportunities. Providers can focus their new money and attention entirely on operations, freeing themselves from traditional distractions of land ownership and expansion.
Second, some traditional providers in recent years have decided to sell their operations in toto to competitors and keep the real estate, converting themselves into REITs or landlords to insulate themselves from the transforming market until the dust settles.

6. The Newly Insured Will Not Become Uninsured without a Replacement Safety Net

In many ways, the health insurance industry was surprised with the proposal of health care reform through Obamacare, and insurers quietly say that they were forced to react to events rather than driving them from the outset. This will not happen again; the insurance industry recognizes that more change is coming, and the industry is prepared for the opportunities this presents. We believe that the newly insured under Obamacare are unlikely to become suddenly uninsured for two reasons. First, politically, it would be a public relations disaster, and second, financially, health insurers and providers are highly invested in maintaining and increasing insurance coverage. Providers should take the insurance industry and similarly prepare to influence change in the system, not merely react to it.

In addition, providers such as hospitals are often the largest employers in rural counties, and they are significant economic drivers in both urban and rural communities. They are also critical to providing care near the site of the patient. The safety net built over the last 70 years in the U.S. is changing, and competition is affecting how it looks, but politically, it is unacceptable for the safety net to disappear overnight. Instead, the federal government and the states continue to develop programs to preserve community providers, including Critical Access Hospital (CAH) designations that allow higher reimbursement, and Upper Payment Limit programs, where a hospital and nearby nursing homes join together to receive more favorable reimbursement.

What does the new era mean for health care, and what is the paradigm for explaining and predicting trends?

We believe that one of the best ways to predict trends in the market is using the Acuity Principle. The Acuity Principle states that the only way to provide better care to more people, without either rationing health care or bankrupting the U.S. economy, is to become remarkably more efficient; the highest efficiency and cost savings model are achieved by providing care in the lowest acuity setting that is appropriate for a patient’s condition.

The Acuity Principle has implications and helps to identify strategic opportunities for providers at all levels of acuity. Why? Because treating sinus infections at the local emergency room is incredibly inefficient, but at the same time, treating gunshot wounds at the local pharmacy is equally inefficient and not a good scenario for the gunshot victim.

The Acuity Principle explains many of the current trends. For example, technology shifts health care outside of large facilities to smaller, local providers; pay-for-performance and coordinated care incentivize prevention and unnecessary admissions at high acuity facilities; consumer choice and competition drive health care to low cost, lower acuity settings (and more consumer accessible settings, such as a trip to the imaging center located at the local shopping mall). The growing division between real estate and operations follows the move from high acuity to low acuity settings. All of these reflect an increasing shift in reimbursement dollars from high acuity to low acuity settings.

So what does the Acuity Principle suggest about health care opportunities in the new era? There are two major takeaways.

Second—and simultaneously—opportunities for high acuity providers abound. The market for high acuity is already mature, and there will always be a need for high acuity settings in health care. The major question for leaders of businesses and organizations is whether there will be enough volume from new patients with insurance entering the U.S. health care system to make up for the loss of some highly profitable services to low acuity providers. But high acuity providers are not simply relying on the newly insured for revenue; instead, they are already adapting by diversifying into low- and mid-acuity settings. Consider hospitals that are purchasing physician practices or setting up networks of clinics, imaging centers, and surgery centers. High acuity providers have significant opportunities to partner or network with the growing low acuity market. Hospitals have long been one of the strongest players in U.S. health care, and this is unlikely to change soon. Instead, hospitals and other traditional providers will continue to diversify their practices to cover additional services and capture additional reimbursement dollars.

The Acuity Principal serves as a paradigm for helping businesses and organizations better understand and the current climate of uncertainty. Regardless of what happens with Obamacare, the genie is out of the bottle when it comes to health care change: the forces driving health care will continue to transform the industry over the next few years.

For Large Employers Obamacare Is Still Alive and Well

An Employer's Guide to Navigating the ACA Reporting Requirements