Golden Visa holders would be entitled to reside in Spain for an initial period of one year, which can be extended into two to five year periods. 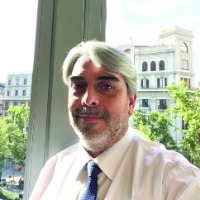 In the context of economic crisis and rising unemployment, the Spanish government, willing to stimulate the economy, introduced in 2013 (by the Act 14/2013, of September 27, regarding the support of entrepreneurs and their internationalization, and modified by the Act 25/2015, July 25) a special regime whereby foreign investors (non-EU residents) could apply for the so-called “Golden Visa” in Spain.

As described below, Golden Visa holders would be entitled to reside in Spain for an initial period of one year, which can be extended into two to periods.

Requirements that Must Be Met by Investors in order to Obtain the Golden Visa:

The first and most important requirement is to carry out investment in Spain. In this regard, the law establishes three possible investment scenarios in order to apply for the Golden Visa:

An investment for the development of a business project in Spain, which has to qualify and be accredited as of general interest. To be considered and accredited as of general interest, the project must mean employment creation, a socioeconomic impact in its field, or a relevant and disruptive scientific or technological contribution. The law is not particularly concise when defining the mentioned requirements, which means that it will depend on the report issued by the Economic and Commercial Office (Oficina Económica y Comercial), which is the proper authority to accredit the general interest of the project.

Besides the requirements, the law establishes some others that must also be met to apply for the Golden Visa: (i) being regularly in Spanish territory; (ii) being over the age of 18; (iii) not having criminal records in Spain; (iv) not appearing in the list of individuals that are not allowed to enter the territory of countries that have signed the corresponding agreement with Spain; (v) having taken out public or private insurance; (vi) having enough economic resources for themselves and their family members during its residence in Spain; and (vii) having paid the application fees.

The Golden Visa regime was introduced by the Act 14/2013 and incorporated to the Spanish legal system as an incentive that was already being used by other EU neighboring countries, such as Portugal, Germany, or France. It is a relatively recent regime, but it has already raised a considerable amount of clients’ inquiries, especially regarding the real estate investment. Considering Spain’s tourism-based economy, we believe this regime is especially useful for non-EU residents considering acquiring real estate in Spain.