The Joint Employer Threat to the Franchise Distribution Model 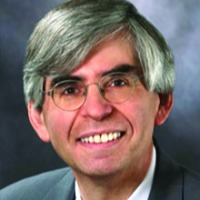 Beyond any doubt, the single most significant development in franchising over the last few years has been the threat to the franchise model posed by the joint employer concept.

The franchise model has been built on the basic notion that the franchisor provides its franchisees with a trademark or brand, a system to operate, and certain assistance with the franchisee acting as an independent businessperson and managing his or her own business, including making personnel decisions, such as the hiring and firing of employees. However, this basic franchise structure has come under a serious threat by efforts over the last few years to re-define the joint employer concept.

According to the joint employer theory, as certain officials in the U.S. government are attempting to apply it, franchisors would become joint employers of the employees who work under their franchisees. If that theory were to be adopted, it would increase the likelihood that franchisors would be treated as employers (jointly with their franchisees) of the franchisees’ employees. This would potentially subject franchisors to the laws regarding collective bargaining, wage and hour, and other labor requirements, with respect to those employees.

That result would strike at the core of franchising and would risk the loss of all of the benefits that franchising has provided to franchisees, employees, and society in general.

In the past, franchisors were able to escape the label of being a joint employer of their franchisees’ employee. They did so by demonstrating that it is their franchisees who exercise control over the hiring/firing, wages, hours, and terms of employment of their employees. But efforts over the last few years by the National Labor Relations Board (NLRB), the Department of Labor, and others have sought to change that.

The NLRB Re-defines a Joint Employer

In June 2014 in an amicus brief filed by the NLRB, its then-General Counsel Richard F. Griffin, Jr., argued that the NLRB should “abandon its existing standard” and replace it with a new joint employer standard: “an entity could be a joint employer if it exercised direct or indirect control over working conditions, had the unexercised potential to control working conditions, or where ‘industrial realities’ otherwise made it essential to meaningful collective bargaining” (emphasis added). Mr. Griffin advocated that the NLRB should “adopt a new standard that takes account of the totality of the circumstances, including how the putative joint employers structured their commercial dealings with each other.”

That view was essentially adopted by the NLRB in August 2015 when it issued its decision in a non-franchise case called Browning-Ferris.1 In that case, the board held that a company could be employer of the employees of its independent contractors even if it does not actually control the employment decisions of those contractors, as long as it exerts indirect control or at least possesses the right to control those decisions.

While, as noted, the Browning-Ferris decision did not involve a franchise relationship, the NLRB is attempting to apply its new definition of joint employer in actions it has taken against McDonald’s USA, LLC (McDonald’s). In December 2014 and later in February 2015, before the Browning-Ferris ruling was even issued, the NLRB general counsel filed numerous complaints, including over 78 unfair labor practice charges, against McDonald’s franchisees and McDonald’s, their franchisor. The basic claim was that McDonald’s is a joint employer of its franchisees’ employees because it possesses—even if it has not exercised—control over the labor relations policies of its franchisees. Those complaints and the cases they generated are currently ongoing within the administrative process.

The Department of Labor Weighs in on the Issue

In addition to the developments at the NLRB, the franchising model is similarly being challenged by the wage and hour administrator for the Department of Labor, Dr. David Weil. According to Dr. Weil, “fissuring” in the franchise industry began when companies began to recognize the competitive advantage arising from creating a distinctive brand and the savings that could occur through a franchise relationship, which would permit the company to reduce labor costs by shifting them onto a . As a result, according to Dr. Weil, there becomes a fissure in the employment relationship that makes workers vulnerable to abuses. To protect workers from these abuses, Dr. Weil argues that the laws must hold the franchisors at the top of the pyramid liable, jointly liable, or vicariously liable for labor and employment liabilities of their franchisees.

An Opinion Issued by the NLRB’s Division of Advice

At the heart of the franchise/joint employer controversy is the issue of the degree of control that franchisors exercise, or reserve the right to exercise, over the activities (particularly, employment-related activities) of their franchisees.

In the midst of the NLRB activity, before the Browning-Ferris decision was issued, the NLRB’s Division of Advice published an advice memorandum that considered the degree of control of a franchisor in the context of a joint employer claim.

In April 2015, the associate general counsel of the board issued a memorandum finding that Freshii Development, LLC, a fast-casual restaurant chain franchisor, is not a joint employer with one of its franchisees, Nutritionality, Inc., under either the NLRB’s then-long-standing joint employer standard or the expanded joint employer standard that was then proposed by the NLRB’s general counsel (and ultimately adopted by the board).2 The associate general counsel’s finding rests upon the conclusion that there was “no evidence that shares or codetermines with Freshii matters governing the essential terms and conditions of employment of Nutritionality’s employees.”

In reaching this conclusion, the associate general counsel cited various facts, including played no role in its franchisee’s decisions regarding hiring, firing, disciplining, or supervising employees; Freshii was not responsible for determining the wages, raises, or benefits of the franchisee’s employees; Freshii was not involved in the franchisee’s scheduling and setting work hours of its employees; sections of the operations manual were offered as recommendations rather than mandatory requirements; and inspections were limited to ensuring compliance with Freshii’s mandatory brand standards and not any employment-related policies. Significantly, the associate general counsel noted that “[a]ll of this evidence is consistent with the clear language of the franchise agreement, which gives the the power to determine whether to use Freshii’s personnel policies or procedures and states that Freshii ‘neither dictates nor controls labor or employment matters for franchisees and their employees…’”

The key takeaway from the Freshii memorandum is that franchisors hoping to avoid a joint employer designation should attempt to distance themselves from the employment and personnel decisions of their franchisees.

While the NLRB and Department of Labor decisions raise concerns for franchisors in terms of the joint employer issue, many courts continue to address the issue in various contexts. For example, Domino’s Pizza was found by the Supreme Court of California to not be a joint employer with its franchisee with respect to a sexual harassment claim filed by an employee of the .3 McDonald’s Corp. obtained a summary judgment from a federal district court in California that it was not a joint employer with its franchisees in a class action filed by employees alleging wage and hour violations, although the court refused to grant McDonald’s Corp. summary judgment on an ostensible agency theory for the same claims, referring to the fact that employees might have a reasonable belief that McDonald’s Corp. was their employer based on the uniforms, pay stubs, and job applications that were submitted via the McDonald’s website.4 The same court subsequently rejected the ostensible agency theory with respect to McDonald’s.5 Jack in the Box was found by a federal court in Oregon to not be a joint employer liable for minimum wage and hour claims of its franchisees’ employees.6 Midas Mufflers was found by a federal court in Pennsylvania to not be a joint employer in a case of alleged sexual harassment filed by an employee of the franchisee.7 Ledo Pizza Systems, Inc.’s motion to dismiss was denied by the federal court in Maryland with respect to claims by employees of one of its franchisees that Ledo, the franchisor, was a joint employer with respect to age discrimination and retaliatory termination.8

These decisions are each fact-specific and turn on the level and types of controls the franchisor has (or, in some instances, reserved) over the franchisees.

Legislative Efforts and the New Administration

Extensive legislative efforts at the state and federal levels to address the joint employer issue are occurring. Laws in various states have been adopted (or proposed) to prevent the application of the joint employer designation to franchisors for merely being a franchisor. Similarly, legislation in Congress has been proposed to also protect franchisors from the issue. Whether or not those bills (e.g., the Save Local Business Act) will be enacted remains to be seen.

Moreover, with the new administration in Washington, changes at the agency levels altering the NLRB and Department of Labor approach may also occur. However, at this time, it is unclear if (and if so, how soon) the past actions by the former administration to hold franchisors liable as joint employers will be overturned.

What Should Franchisors Do Now?

Until it becomes clearer how the franchise/joint employer issue will be resolved, franchisors may want to consider making certain modifications to their franchise agreements and operations to attempt to decrease the likelihood that the controls involved will result in a joint employer designation. The focus should be on assessing the degree to which controls over the franchisees’ operations are needed to protect the integrity and quality of the brand and the system.

Employee vs. Independent Contractor: Which Are You?

What is a Wrongful Termination in Violation of Public Policy Claim in Ohio?

“But I Can’t Prove It.” Yes You Can, With Circumstantial Evidence

Updating Your FDD – What to Consider

Yanos Gramatidis recognized as a Global Leader in Franchise by Who’s Who Legal.

Food For Thought: Misleading Conduct In The Franchise Space