The ability to move a water treatment plant closer to the populations that the plant would serve and then re-locate that facility to another location as demographics change or in the event of a natural disaster could prove invaluable. 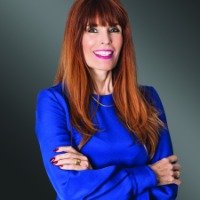 As we grapple with the impacts of climate change, few realize that there are now new opportunities in floating infrastructure that will combat its effects and provide greater flexibility to respond to changing societal demographics and needs. This article will review these opportunities within the context of their evolution as a result of the U.S. Supreme Court opinion in Lozman v. The City of Riviera Beach, a landmark admiralty jurisdictional case decided in 2013.

The court’s decision to treat Barsh’s client’s floating home as an extension of real estate had major implications throughout the United States for floating homes, casinos, restaurants, and hotels; it also impacted the regulatory authority of state and local governments.

In its landmark admiralty case of Lozman v. City of Riviera Beach, Florida, 568 U.S. 115, 133 S.Ct. 735 (2013), the United States Supreme Court may have signaled a paradigm shift in the manner in which we use our coastal waters and, in doing so, opened the door to new and more flexible ways to address the effects of sea level rise. To understand the ramifications of the Lozman decision for climate change and otherwise, one must first look at the salient aspects of the 2013 ruling.

The Lozman case arose over a dispute between the city and Mr. Lozman over dock fees and damages associated with the foreclosure of a maritime lien imposed on his floating home in the municipal marina. The federal district and appellate courts found that Lozman’s floating home was a “vessel” for federal jurisdictional purposes and that relief under admiralty law was appropriate (see of Riviera Beach v. That Certain Unnamed Gray, 643 F. 3d 1259 [11th Cir. 2011]). On appeal, Lozman argued that his floating home, which lacked a steering mechanism or any means of self-propulsion and possessed no capacity to generate or store electricity, was more akin to an ordinary house than a boat, and was therefore protected by the state’s homestead laws. The Supreme Court agreed, holding that Lozman’s indefinitely moored floating home was not a “vessel” but, instead, should be treated as real estate (Id at 121). In doing so, the court adopted a “purpose-based” test—to wit, floating structures that are indefinitely moored and are not designed to a practical degree for transporting people or things over water, when viewed by a reasonable observer, do not constitute “vessels” (Id).

The significance of the Lozman case is not simply procedural; namely, whether floating structures are preemptively governed by federal maritime law. There are numerous substantive consequences as well.  For example, tort, employment, and safety laws are vastly different when applied to vessels versus structures that happen to float (e.g., 46 U.S.C. SS 31341-343; 30505-3301 [2006 ed. and Supp. IV]). Conversely, the extensive land use and building code related regulations that govern real property (and any homestead protection granted thereunder) are inapplicable to vessels.

Soon after the Lozman case was decided, a Dutch developer client of Barsh’s known for its floating projects in the Maldives and Dubai, proposed a residential community comprised of 29 single-family floating islands and one “amenity” island in a privately owned lake in northeast Miami, with direct access to the Atlantic Ocean.1 The proposed Amillarah Private Islands development was designed to be virtually self-sustaining. Freshwater would be provided by collectors and advanced filtration systems. Solar panels and hydrogen-powered generators would provide electricity. Solid waste would be gathered by a private contractor, and a special vessel would be available for the exclusive use of municipal emergency responders. Each of the 6,900 square foot villa islands and the 6,800 square foot amenity island would be equipped with a biological sewage facility to address wastewater and sewage consistent with federal environmental regulations. Most importantly, the islands would be affixed to the lake bottom by a patented foundation and mooring system that fluctuated with water levels. By deploying cutting-edge technology and sustainable building designs, the developer would eliminate the need for the floating islands to connect to existing potable water supplies, collection systems, or to electric utilities. The project was designed and marketed as climate resilient.

The opportunities for floating structures are not confined to residential uses but extend to more traditional infrastructure, including roads, bridges, and even cruise terminals. For instance, floating infrastructure could be used to address concerns with “stranded infrastructure” in situations when demographic changes have rendered the infrastructure under-utilized or obsolete. Rather than build a new parking garage on a coastal site, what if one could build a floating parking lot that could be moved via water to serve another venue and then removed later when the event concluded?

Similarly, the ability to move a water treatment plant closer to the populations that the plant would serve and then that facility to another location as demographics change or in the event of a natural disaster could prove invaluable.

In the wake of Hurricane Irma, there was a significant concern that one or more of the bridges that serve as the main terrestrial route from the Florida Keys to the mainland would be knocked out, rendering those attempting to evacuate stranded. The ability to install a floating bridge or road in such emergency circumstances would serve as an essential public safety function.

One obvious constraint on floating infrastructure is that its use is limited to accessible water bodies. Yet, given that one of the primary effects of climate change is sea level rise, the ability to employ floating infrastructure—both from a legal and technological perspective—is paramount. The prevalence of these structures is growing nationwide and shows no signs of abating. Floating casinos, restaurants, and homes are increasingly commonplace. Floating residential structures are popular in the cities of Sausalito, Seattle, and Portland. Moreover, the ability of state and local authorities to regulate and impose property taxes on these floating structures may provide the incentives and control necessary to make these floating infrastructure projects a reality.

Although the effect of the Lozman ruling on maritime jurisdiction was immediate and obvious, the indirect manifestation of the case for state and local jurisdictions may prove in the long-run to be more important as we wrestle with the effects of sea level rise and changing societal needs and demographics.

Power to sign but not to sell? Appointing a receiver correctly

Guidelines for Acquisitions of Infrastructure Assets