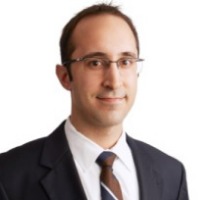 In 1983, the inventor Ole K. Nilssen, who had obtained 15 separate patents relating to compact fluorescent light bulbs and ballasts that convert power to operate gas discharge lamps, filed suit against a company for patent infringement. But the trial didn’t go his way. The court concluded that the 15 patents in suit were in fact unenforceable. The inventor had obtained his patents largely without the use of an attorney, which the judges found to be part of his downfall.

As the court stated in its decision, after “initially relying on attorneys to prosecute his patents, in 1983 Nilssen began prosecuting his own patent applications, including those  resulting in the patents in suit, because he felt that his understanding of the subject matter was better than that of any attorney… Mr. Nilssen, while apparently gaining considerable knowledge of the patenting process, thought he didn't need professional patent help. The result of this case, regrettably, proves that he was wrong.”

There are no requirements that inventors have representation before the United States Patent and Trademark Office. That is, an inventor can file a patent application on his own behalf, just as a criminal defendant can waive his right to counsel and represent himself in court. Although this course of action is less expensive in the short term, and may even result in patent protection, it presents risks.

When considering the challenges of drafting a successful patent, consider these two points. First, poor draftsmanship of the patent application and lack of experience in prosecuting patent applications can result in significant delays and potentially provide grounds to preclude issuing the patent. Second, the quality of an issued patent is only as good as the efforts that went into its preparation. Specifically, the size of the scope of protection allowed by a patent examiner, if any, depends upon the language presented in the patent application to describe the invention. As a result, there are many patents that provide less than optimal protection because the language presented is relatively limited.

However, a patent issued on such a set of claims will unfortunately not protect a large number of other implementations of the invention that do not include those finer features, but that are within the scope of the invented concept. Competitors in business encounter less difficulty designing around these patents, as opposed to those that define the invention in carefully crafted broad terms. In other words, poor draftsmanship exposes the inventor to allowing competitors to practice his invention, but not infringe his patent.

Deferring to the experts

While legal representation may seem costly in the beginning, the costs of having an improperly drafted patent can ultimately be higher in the end. A good patent attorney can assist the inventor in defining and describing the invention so that it is protected to the greatest extent possible. It’s usually in the inventor’s best interest to work with an attorney when seeking a patent, rather than learning the hard way.