Four issues must be fulfilled: a legal person can be punished for the crime, the individual who has committed the crime is a member of the organization, the corporation directly or indirectly benefits, and the corporation has not implemented any measures to prevent the commission of the crime. 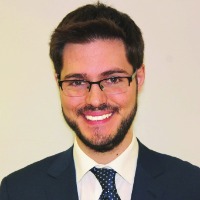 The criminal liability of legal persons was first introduced in Spain by organic law 5/2010. This was the end of one of the traditional and most important bases of criminal law in Spain, the “ .”1

The possibility of using the criminal code against a corporation with its own legal personality was developed by Organic Law 1/2015, which introduced the concept of “corporate criminal compliance,” and with certain nuances, a “compliance system.” However, like any regulation given by an organic law, there were—and still are—several points that require further development. Therefore, this regulation was analyzed by two legal institutions: the state attorney general and the Supreme Court of Justice.

The state attorney general determined that the new system was based on a third person responsibility. According to this body, a legal person had to provide evidence in a trial that hypothetically could take place in order to demonstrate that it had implemented preventive systems that were sufficient to avoid, as far as possible, the commission of a crime. These systems are the compliance programs. In addition, it was established that these programs would be considered sufficient if the legal person could demonstrate that, despite the commission of a crime, all risks had been analyzed and could not be foreseen in the specific form in which it was committed.

However, the Supreme Court differed on some issues. According to this body, the basis of responsibility is an action committed by the corporation itself.

In other words, to be responsible for a crime, four issues must be fulfilled: a legal person can be punished for the crime, the individual who has committed the crime is a member of the organization, the corporation directly or indirectly benefits, and the corporation has not implemented any measures to prevent the commission of the crime. Therefore, it is a system of self-responsibility, considering the opposite as unconstitutional, as warned by the Council of State.

From a practical point of view, Supreme Court judgments suppose the main “guidelines” lawyers have to understand as the so-called general theory of crimes committed by legal persons. However, such potential guidelines are not as enforceable as the guidelines they have in other countries, such as the United States. The judgments of the Supreme Court of Spain do not have the consideration of judge-made law, not even soft law. In spite of this, all courts follow the directives established in the mentioned judgments.

This leads us to the practice of the compliance system in a trial. Two issues should be noted.

The first is which party must provide evidence on the validity of the compliance program. If we accept the opinion of the state attorney, the accused party must prove that it has a valid program implemented, as it is considered an exemption from punishment. However, if we accept the thesis of the Supreme Court, the prosecution would have to provide sufficient evidence to prove that there were no elements to prevent the commission of the crime that has occurred.

The second comes as a consequence of this matter. Regardless of who has to bring evidence about what, the content of a compliance program should be established. In this context, the standard UNE 19601 is the regulation of soft law that determines such content. It was published on May 18, 2017, but despite its novelty, today all lawyers must adapt their procedures to its content. In fact, the president of the National Court has recently declared that a compliance program whose content coincides with UNE 19601 shall be considered valid, and the prosecution shall have to provide evidence of why it is invalid; otherwise, the legal person will be considered as not guilty and therefore acquitted.

In conclusion, the practice of criminal compliance is being increasingly developed through soft law rules and judgments by courts. There are still a number of issues that should be clarified, such as the compliance officer’s regulations or the internal investigations that might be carried out, but it is to be hoped that in a short period of time further rulings and other soft law rules will meet those legal gaps.

1 It should be noted, however, that some authors considered that it was still in since the original regulation was intended only for business entities and not for all legal persons. Furthermore, today a minority of the doctrine still considers it this way, since it is doubtful to consider that a legal person can be considered like a delinquent given their doubtful lack of guilt.