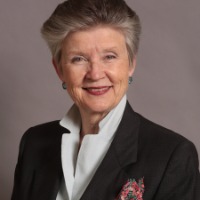 Expertly and efficiently administered arbitrations offer distinctly different and preferable alternatives to traditional litigation. A five-year study of federal court litigation in 10 states found that lawsuits lasted a year or more than arbitration proceedings, excluding appellate time.[1] The survey found the associated litigation delays caused direct business losses exceeding $10 billion, excluding the increased costs and fees associated with greater attorneys’ fees or expense. Such business losses resulted from the cost of management’s involvement in and attention to the litigation; the effect of prolonged litigation uncertainty on management decision-making; the cost of having resources tied up by litigation unavailable for use or investment; and impacts on creditworthiness and investor concerns due to the risks presented by pending litigation.[2]

Very simply, delay in dispute resolution is bad for business. It also is frustrating when parties who contracted to resolve their disputes by arbitration experience delays resulting from judicial intervention in or interference with the arbitral process.

Case law has many examples of arbitrations delayed—sometimes for years—while the parties litigated the meaning and enforceability of arbitration agreements.[3] While no arbitration agreement can prevent the filing of unmeritorious litigation, groundless disputes are likely to be resolved by early motion practice. Nevertheless, businesses and transactional attorneys should avoid using boilerplate provisions containing common drafting errors that those desiring to delay or avoid arbitration can use to instigate lengthy litigation.

Failing to clearly define the scope of the arbitration agreement.

Failing to define the extent of the arbitrator’s authority.

One of the quickest ways to transform arbitration into a lawsuit is to draft a procedurally or substantively unconscionable agreement. The agreement should be clearly worded and fairly drafted so that it is commercially reasonable and not one-sided. To avoid the use of unconscionable terms, counsel should check the law of the relevant jurisdictions and consult the rules and drafting suggestions of arbitration service providers.

Allowing inconsistencies between the provisions of the arbitration agreement and other contract documents.

Litigation often arises because boilerplate arbitration agreements are used without realizing that their provisions are inconsistent with the terms of underlying or other related contract documents, including subcontracts or amendments. Counsel must beware of conflicting provisions concerning choice of law and availability of remedies, inapplicable references to courts and judicial venues for dispute resolution, and confusion as to selection or number of arbitrators or arbitral rules.

Ideally, a well-drafted arbitration agreement will allow clients to more efficiently and cost-effectively manage resolution of their disputes. Such agreements may limit discovery and contain other guidelines for a fair but expeditious process tailored to a particular transactional client’s needs. Most importantly, arbitration agreements should avoid rather than result in litigation.

[1] The study, Efficiency and Economic Benefits of Dispute Resolution through Arbitration Compared with U.S. District Court Proceedings, was conducted by Micronomics Economic Research and Consulting. See its website, www.micronomics.com, in March 2017.

[3] See, for example, Jones v. Waffle House, Inc., Case no 16-15574 (11th Cir. 8/7/2017), in which the arbitration of an employment dispute was delayed for 17 months by federal court motion practice and an appeal over the scope and enforceability of the arbitration agreement.

Patricia H. Thompson, Esq., is a full-time arbitrator and mediator at JAMS. Ms. Thompson joins JAMS following a successful career as a trial and appellate litigator concentrating her practice in construction, employment, surety, fidelity, financial insurance matters, and other complex commercial disputes in state and federal courts. Ms. Thompson can be reached at pthompson@jamsadr.com.