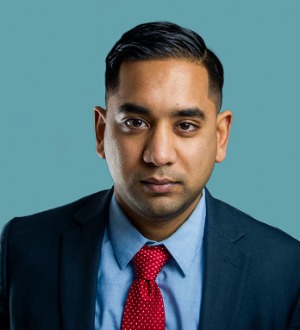 In a 48-page decision, Judge Victor A. Bolden of the United States District Court for the District of Connecticut granted Adam Leitman Bailey, P.C.’s Motion to Dismiss a plaintiff’s claim for, among other things, violations of the federal Fair Debt Collection Practices Act (“FDCPA”), the federal Fair Credit Reporting Act (“FCRA”), the Fifth and Fourteenth Amendments to the U.S. Constitution, and Connecticut state law, against a Residential Mortgage-Backed Security (“RMBS”) Trust and its Servicer (“Defendants”).

Through the pendency of the Motion to Dismiss, the plaintiff made several requests to the court to amend the complaint and to supplement its allegations in briefs. Using the various requests to amend and the supplemental allegations in the briefing to enhance its argument, Adam Leitman Bailey, P.C. was able to establish that the plaintiff’s failure to state a claim was not due to poor pleading, but because the facts that existed just did not support a plausible claim. The court agreed and dismissed with prejudice, denying the plaintiff an opportunity to re-plead.

Concerning claims that the mortgage loan was not enforceable, Adam Leitman Bailey, P.C. successfully argued that the plaintiff’s claims regarding the trust’s standing to foreclose were irrelevant in a direct claim by the borrower. Adam Leitman Bailey, P.C. focused the court on the law of negotiable instruments under the Uniform Commercial Code, and the court broadly rejected the plaintiff’s claim that the assignment of mortgage was “invalid,” rendering any attempts to enforce the mortgage loan unlawful. The court found no plausible claim that the trust was not the holder of the note.

Significantly, in wholesale rejecting the plaintiff’s various claims under the Fair Debt Collection Practices Act, the court adopted Adam Leitman Bailey, P.C.’s argument based upon Derisme v. Hunt Leibert Jacobson, P.C., 880 F.Supp 311 (2012) that foreclosing a mortgage is not debt collection within the meaning of the Fair Debt Collection Practices Act. Not all of the district courts in the Second Circuit have agreed. This issue has also created a split among the Circuit Courts of Appeals and is a legal question ripe for review by the United States Supreme Court.

Finally, the court agreed with Adam Leitman Bailey, P.C.’s argument that a servicer’s monthly mortgage statement was not an attempt to collect debt. Protecting the mortgage servicer from being forced into a technical violation of the Fair Debt Collection Practices Act, the court held that because a mortgage statement is sent in compliance with the federal Truth-in-Lending Act (“TILA”), a borrower cannot state a claim for having received the statement after sending a cease and desist letter to the mortgage servicer.

Danny Ramrattan, Esq. and another attorney of the Real Estate Litigation Group at Adam Leitman Bailey, P.C. secured this win for the defendants.